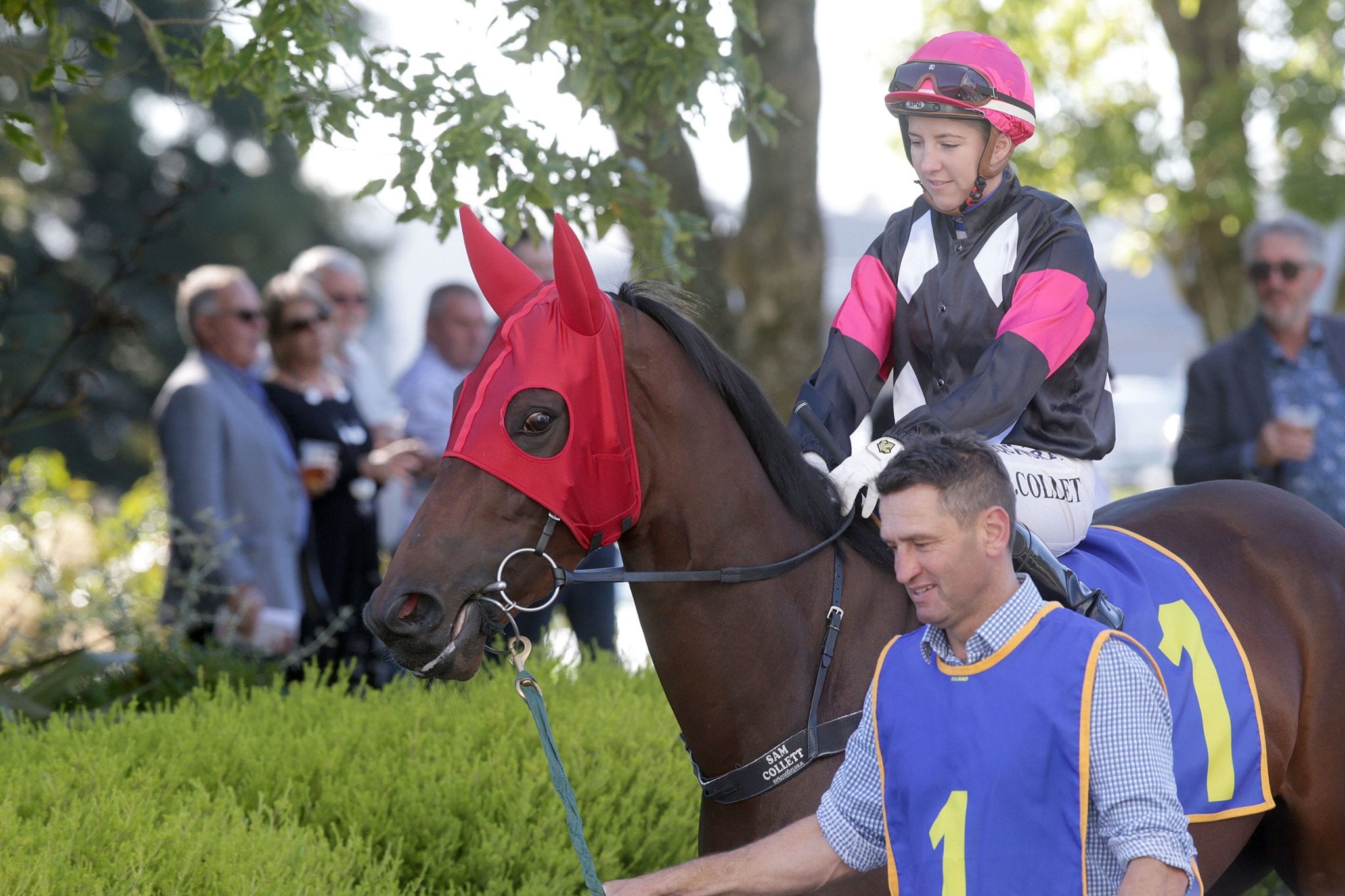 Promising New Zealand three-year-old Puntura confirmed his place in a squad bound for Brisbane later this month when he stormed home from near last at Te Rapa on Saturday to record his fourth successive victory.

The Robbie Patterson-trained son of Group One winning two-year-old Vespa will join stablemates Coventina Bay and an unnamed Shamexpress two-year-old on the plane to Australia on May 24, with Patterson keen on seeing him perform at a higher level.

“He’s a big, raw horse who has just got better and better each time he has gone out on the track,” Patterson said.

“He is a very progressive horse, although he was just a big, weak baby early on before he started to mature.

“He’s still not the finished product and is a bit of a goof as he wanted to knock off when he hit the front on Saturday.

“He buttoned off and laid in but when he puts it all together, he should be some kind of horse.”

Patterson will aim Puntura at some of the three-year-old stakes races towards the end of the Queensland carnival.

“While I think he could get up to 2000m later on, at the moment we will keep him racing around the mile distance,” he said.

“There is a Group Three, 1600m race (Gunsynd Classic) at Eagle Farm on June 12 which will suit him well. Hopefully all the top ones will have left by then after running in the Derby.

“After that we can play it by ear but there are some nice races for good money he can look at.”

Patterson also reported that class mare Coventina Bay had thrived since running second to Avantage in the Group 1 New Zealand Thoroughbred Breeders’ Stakes (1600m) at her last start as he gets her ready to tackle the Group 1 Stradbroke Handicap (1400m) on June 12.

“Coventina Bay is coming back into work on Monday after having a fortnight off following her run behind Avantage,” he said.

“She has been haring round her paddock at breakneck speed, which has been heart in mouth stuff, so I need to get her back in the stable.

“I had to put her on her own as after a couple of days she was on the toe and raring to go.

“She will go straight into the Stradbroke first up after a trial at Caloundra on the 2nd of June, along with the other two.

“She flies first up over 1400m so we’re looking forward to getting her over there.

“The Shamexpress two-year-old is going along for the experience as he needs good tracks and we aren’t going to get that here in New Zealand over the next few months.

“We will look at some of the midweek meetings over there and if he can pick up his travelling expenses while he is there it will set him up nicely for when he comes back here for the spring.”