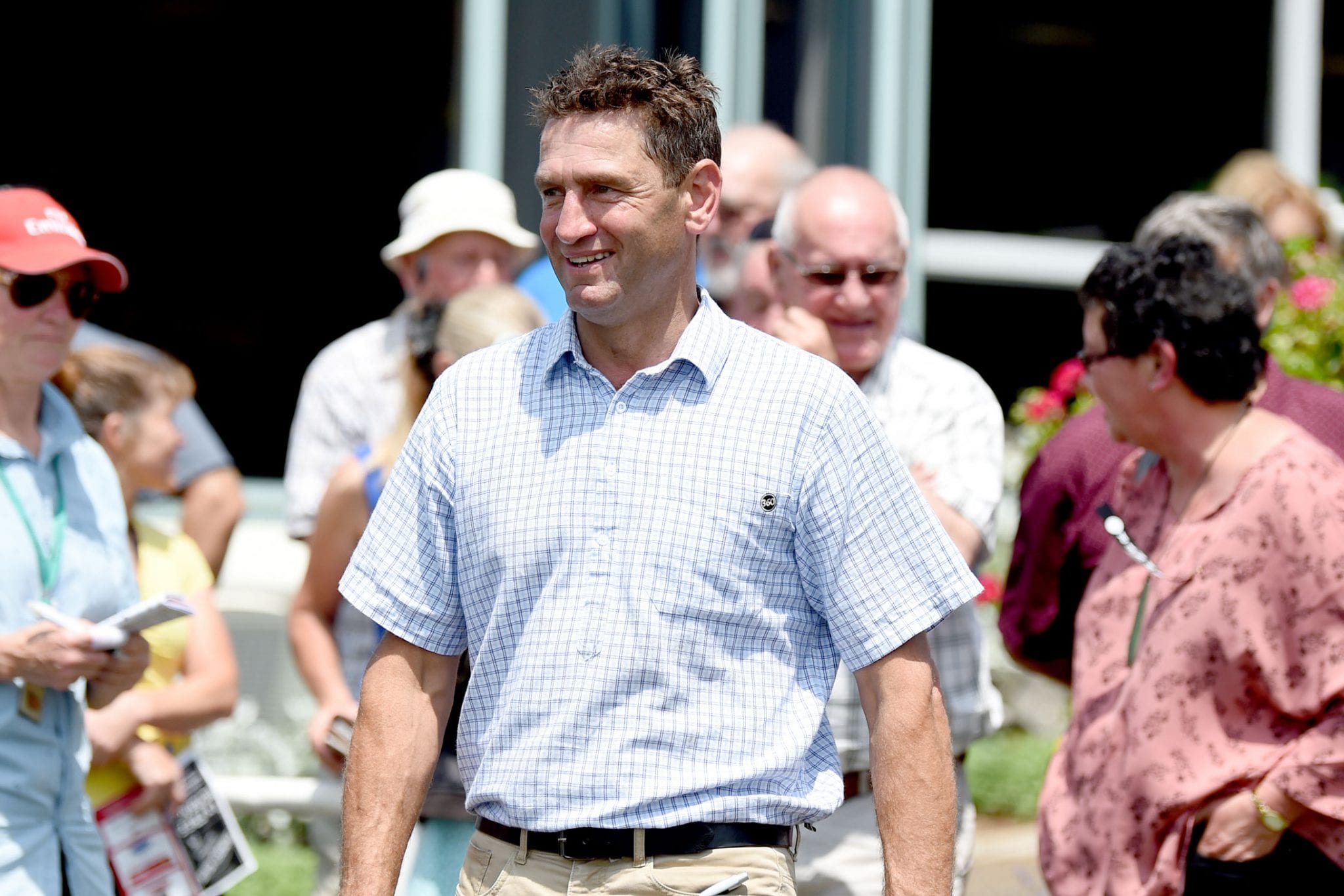 New Plymouth trainer Robbie Patterson is hoping to pick up from how his last season ended when he produces Klaasen on debut on his home track on Friday. Patterson enjoyed one of his best seasons training despite the interruptions of the season just ended, winning 19 races from just 57 starters and he looks well-placed to continue that sort of form with Niagara three-year-old Klaasen.

Unbeaten in two trials, Klaasen will debut in the Landmark Homes 3yo Maiden (1100m) with Johnathan Parkes booked to ride, having been aboard for both trial wins, including a four-length romp at Foxton last week. “He’s had four jumpouts and hasn’t been tested in any of them. He’s done it all on ability,” Patterson said.

“Parkesy gave him a bit of a curry-up in his trial last week and he extended well. He gets his first start on his home track and he should cop the (heavy 11) conditions. He’s by Niagara and he copes with wet tracks ok but he will be better on good ground. “Murray Baker’s horse makes it an interesting race and he’ll be hard to beat.”

The Baker and Andrew Forsman-trained Mind You was a trial winner at Te Rapa last month and ran second on debut at Taupo earlier this month. Patterson accepted for the race with promising fillies Regal Ruby and Bold Bette but said both were unlikely starters. “I don’t really want to clash them if I can help it,” he said.

“Regal Ruby will probably go to Otaki next Thursday. There’s five days of fine weather in the forecast so hopefully the track comes back a bit. I don’t really want to be running her on a bog track. “She trialled up really nicely and there’s been a lot of interest in her but Warren Bolton has a share in her and doesn’t want to sell her. We think quite a bit of her.

“Bold Bette is a nice horse and there is a slim chance she’ll run but my preference is to give her another jumpout and wait for a better track.”

Patterson’s other two runners are maiden gallopers Sir Caleb in the Te Ao Honey 1100 and Our Fair Trade in the Seaton Park 1400. “Sir Caleb won a trial going into his first start but he just wasn’t ready for that first preparation. He’s a big boy and he’s just needed time. He’s grown into himself now and he won a trial at Foxton last week but whatever he does tomorrow, he’ll improve on for next time.

“Our Fair Trade is a nice staying type. He does a lot wrong but he’s learning all the time and with time, I can see him developing into a nice stayer.”

Patterson has plenty to look forward to in the coming months with the pending return of horses like Coventina Bay, Lady Rudolph, Aridity and Dezella and the emergence of Covetina Bay’s unnamed half-sister as a promising age group filly. “We’ve got some nice horses and they’re all coming up really well. Our goal this year is to chase black-type. We think we’ve got the firepower to make that happen,” Patterson said.