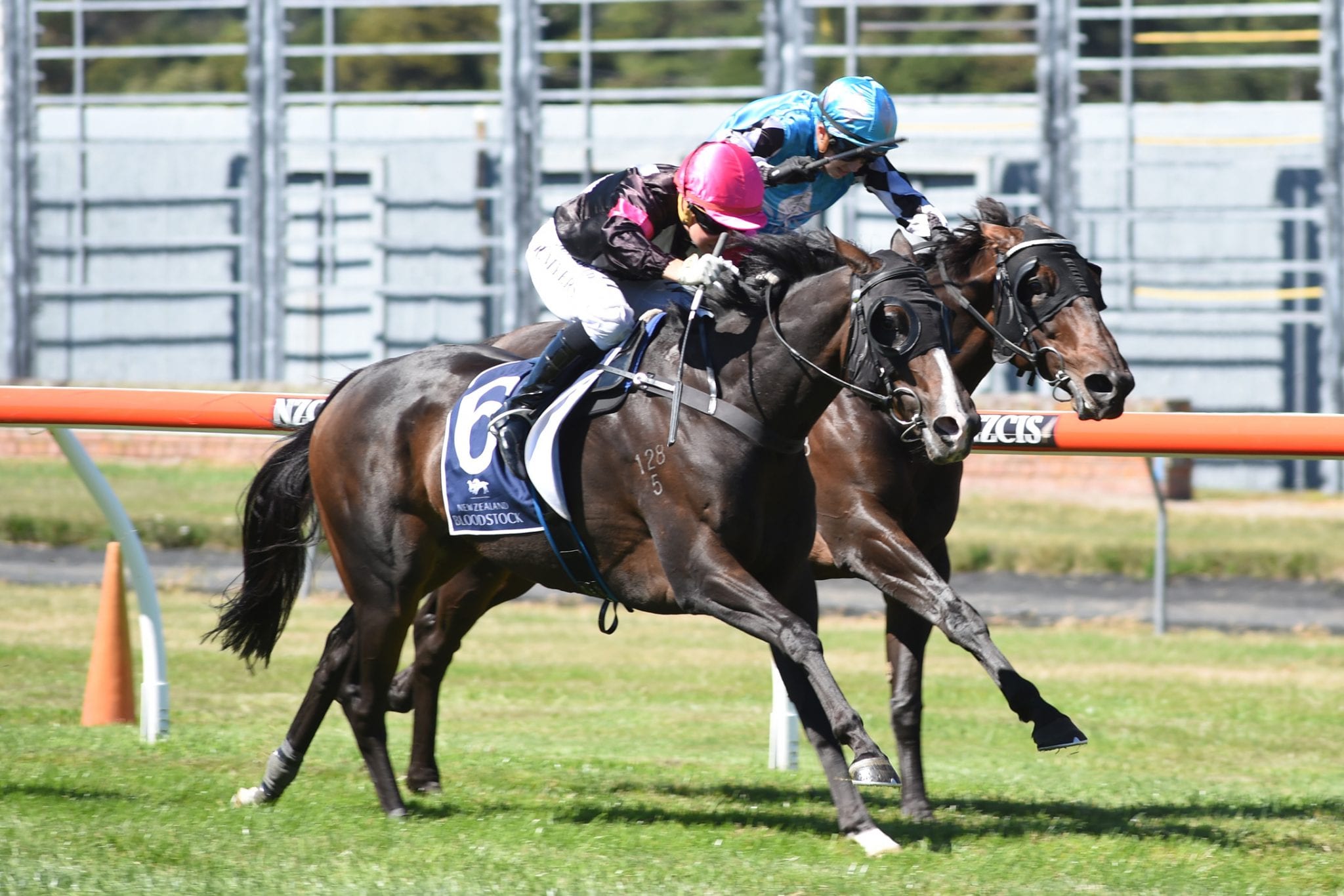 Coventina Bay’s picket fence form line may have been disrupted with a first-up fourth-placing at Te Rapa earlier this month, but trainer Robbie Patterson believes she can return to her winning ways at the Hamilton track this weekend.

The five-year-old mare will contest the Beefeater Garden Bar 12/12 1400 and Patterson said she will appreciate the step-up in distance. “Only In Jakarta got away with soft sectionals in the front (last start), which made it impossible for us to pick her up,” Patterson said. “But it was a top run, she found the line strong. She’s not a 1200m horse so I took a few positives out of it. “She has thrived since last start. She has actually put on a bit of weight, she got away on me a fraction. She has worked up well and I expect a good run.”

The daughter of Shamexpress strung together four wins last preparation and Patterson put that form down to a successful operation. “She had a back operation and she has improved from what she was and has matured a lot mentally,” he said.

Black-type targets await Coventina Bay later this year, with her first stakes target being the Group 2 Dunstan Feeds Auckland Thoroughbred Breeders’ Stakes (1400m) at Pukekohe next month. “She has got some big assignments,” Patterson said. “She will go to Counties for the Group Two fillies and mares 1400m.”

Coventina Bay will be joined on Saturday by stablemate Lady Rudolph. “She has had a couple of trials and jumpouts and she has been going really well in those,” Patterson said. “She is going to get back from the draw (11) but she will definitely be flying home at the finish, which she always does. Her chances will be tempo related. “She will go to a mile in two weeks back at Te Rapa and then she might head to the Wanganui Cup, 2000m will be her forte.”

“Puntura is a Vespa but he is a big staying type of horse, I quite like him,” Patterson said. “He is going to turn into a really nice horse, in time. Neildini has to put his hand up and prove himself. “Bold Bette in race one is a horse I really like. She is a three-year-old staying filly and I can see her winning a nice fillies race later this season if she keeps on improving the way she is.

“Dezella is flying at the moment. I gave her a first-up run at Waikato over a mile, she was only there for a run. “She acquitted herself well and has come along in leaps and bounds. She is carrying a little bit of weight (58.5kg) but she is the class horse of the field, I feel. She is thriving at the moment and I can see her going really well.”

While he believes Bold Bette and Regal Ruby are leading chances in their respective races, he highlighted Regal Ruby as his stable’s best chance of the day in the Taranaki Associated Cleaners Maiden (1100m). “Regal Ruby is my best bet of the day,” he said. “She is out of a Group 3-winning mare that I trained and she is a lovely filly. “She will end up in some fillies races this season, but 1100m is a fraction short of her best, but I can imagine her being right in the thick of it.”