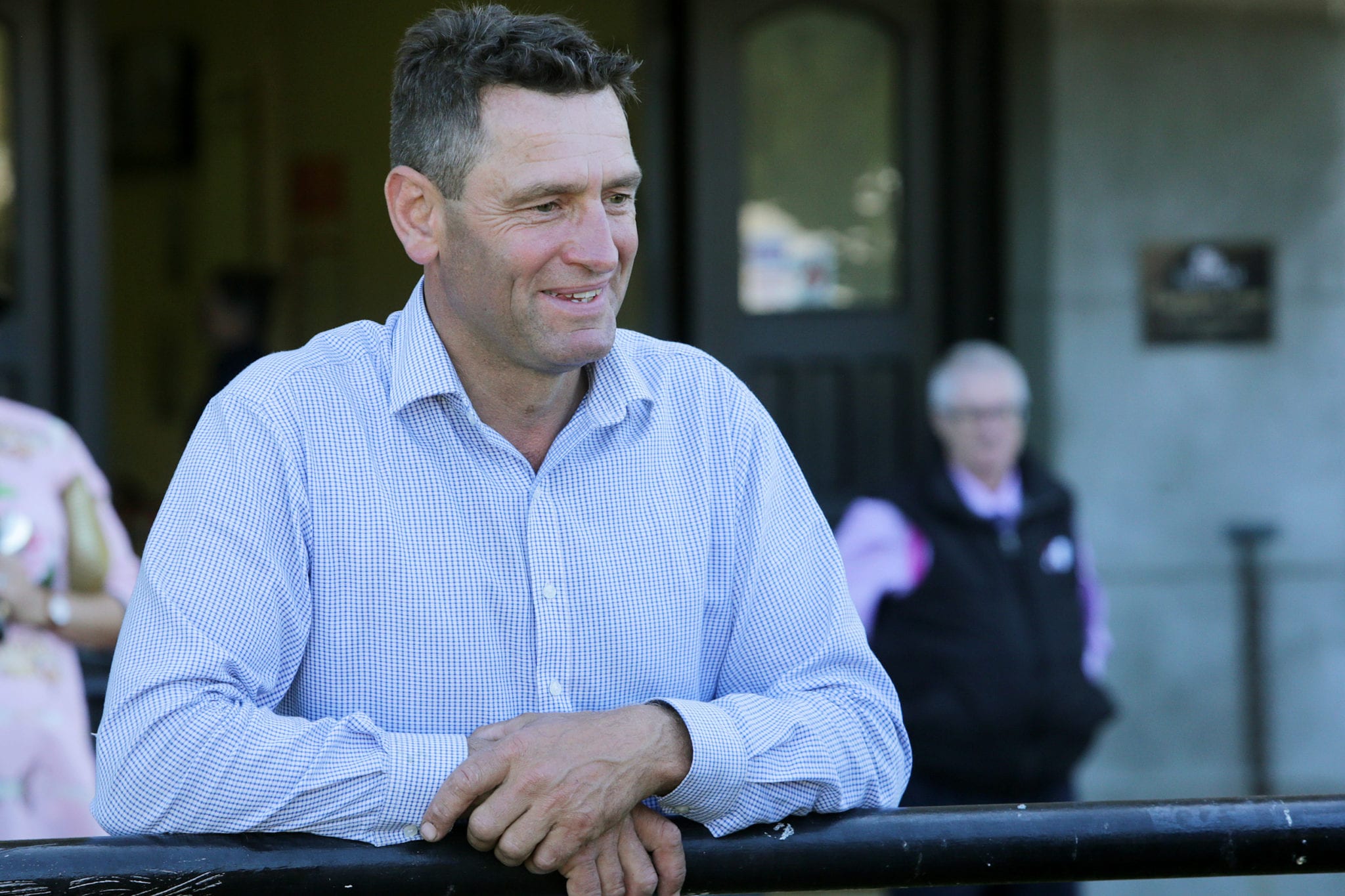 Despite the season being prematurely cut short as a result of the Covid-19 pandemic, trainer Robbie Patterson still has plenty of fond memories to reflect back on.

The Taranaki conditioner has accrued 19 wins so far this term, just one win shy of his 2013/14 season tally, which he hopes to eclipse in July. “It was a really good season and the strike-rate was great,” he said. “We had a lot of nice horses go to the races, so I’m pretty chuffed. “There were plenty of highlights. Dezella came right through from a rating 65 horse to run third in the Waikato Cup (Group 3, 2400m) and Aridity ran third in the Cuddle Stakes (Group 3, 1600m.”

Patterson said he was looking forward to tackling a couple of other stakes races before Covid-19 Alert Level 4 restrictions put a halt to racing. “I had a couple of mares, Lady Rudolph and Aridity, who we were looking at more stakes races with. “We hadn’t had a stakes win this season, but we had a few stakes placings so it would have been good to get one of them on the board before it finished. But those horses will keep.”

Patterson has enjoyed some downtime over the month long lockdown and said it was quite hard getting back into a routine when he was allowed to begin training his team again earlier this week when restrictions were eased under Level 3. “The break has been amazing,” he said. “We never get a holiday, I have done absolutely bugger all. I made the most of it, it was nice to relax. “It was a good chance for the staff to have a bit of a break too. Everybody is refreshed and now we are back into it.”

Patterson returned to his stables with plenty of optimism on Tuesday when he welcomed nearly three dozen horses back to his barn. “I have brought back in 34 horses, with a few young ones to educate. We’ll be up to 40 by the end of the month,” he said. “We have more or less doubled our numbers just with the really good season we are having.”

Patterson is particularly excited about a couple of rising three-year-olds in his team. “We have got quite a few nice two-year-olds who will be racing in the spring and hopefully there are a few black-type ones,” he said. “We have got a Night Of Thunder filly out of Choice, who I won the Eulogy (Group 3, 1600m) with. We bought her at the Ready To Runs and she has had four jump outs and has won the lot. She shows oodles of potential, she’s a lovely filly.

“I have also got a half to Coventina Bay who we won five with this season. She’s by Rip Van Winkle and is a really nice horse.” Patterson is also looking forward to the return of Coventina Bay who has been recuperating from surgery over the last month. “She had a back operation done, she had kissing spine,” he said. “Hopefully she should come back better than ever because she was plagued by that all season. “I dropped her off a couple of days before lockdown started to Cambridge Vets. She has been in a rehabilitation place since then.”

Patterson said he and his owners were also buoyed by the release of New Zealand Thoroughbred Racing’s initial stakes money plan on Thursday. “I have got a lot of good owners who are all positive, particularly with the news on Thursday of the $15,000 minimum stakes level for July and paying back to 14th. “We should have had this years ago. Just talking with some owners they are booming about it.”