Big decision ahead for Collett 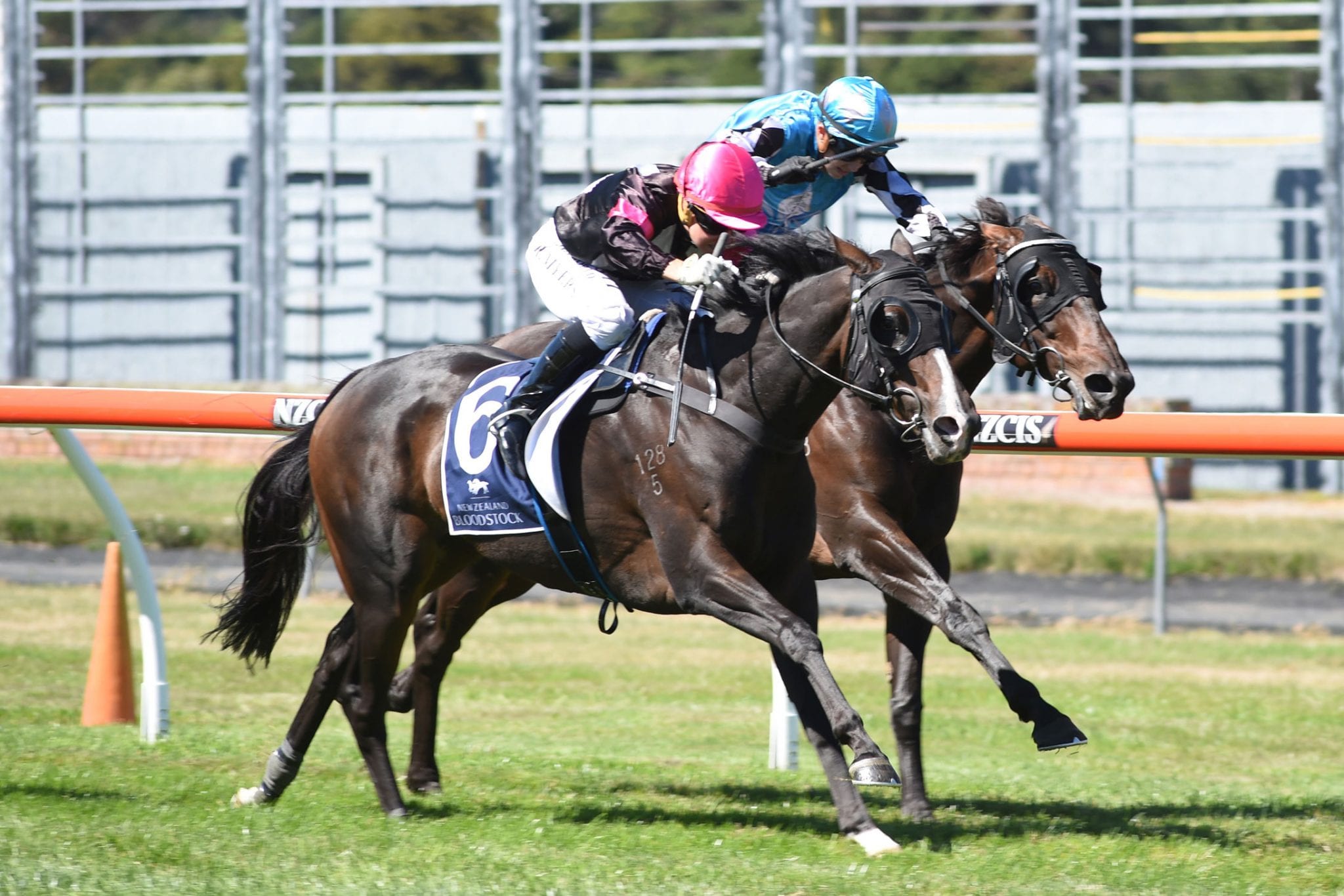 Coventina Bay heads to Trentham on Saturday for the Group 3 Cuddle Stakes (1600m) fresh from a stunning victory in the Lisa Chittick Plate (1400m) at Matamata on February 27, and she is likely to be among the best-backed runners in the Trentham feature.

If she runs well at Trentham, Coventina Bay will head to the Group 1 Fiber Fresh New Zealand Thoroughbred Breeders’ Stakes (1600m) at Te Aroha on April 10, and a potential clash with Levante, another of Collett’s regular mounts.

“If you talk to Sam I don’t think she feels there’s much between them,” Patterson said.

“We will see what happens on Saturday, but we have a rider on standby if Sam goes with Levante. I’d prefer Sam because she’s our stable rider and she knows the horse very well, but if she chooses Levante then that’s fine.”

Coventina Bay’s record is not far off Levante’s. She has won seven of her 12 starts, and her efforts this year include victory in the Group 3 J Swap Sprint (1400m) at Te Rapa and a third placing in the Group 2 Rich Hill Mile (1600m), a race in which she had some traffic problems.

She has had some physical problems and needed surgery just before last year’s COVID-19 lockdown for kissing spine, but Patterson said she came through that and is in the best condition of her life.

“Normally she jars up a little bit after her races but she’s come through the Matamata race better than ever and I couldn’t be happier with her. I’m really excited about this Saturday,” he said.

If she performs well at Trentham and Te Aroha, Patterson said Coventina Bay could head for Australia, possibly for the Group 1 Stradbroke Handicap (1400m) on June 12.

“John Wheeler told me you need a miler to win the Stradbroke and I reckon she’s going to be a great miler eventually,” Patterson said.

Coventina Bay is arguably the best performer to date by Windsor Park Stud sire Shamexpress, a stallion Patterson has taken a liking to. In addition to Coventina Bay he has three two-year-olds by the Group 1 Newmarket Handicap (1200m) winner that he likes.

“I’ve got one that won a trial who will run next week called Jamaican Express, who shows a lot, and I’ve got a gelding out of a Lonhro mare who could be the fastest horse I’ve ever had,” he said.

“They aren’t easy horses to start off, they’re tough, but once they come around they’re your best mate.”

Coventina Bay won’t be Patterson’s only runner at Trentham on Saturday as he also plans to start Barney Rubble in a Rating 65 contest over 1600m.

“He is a bit of an enigma in that he’s got to have everything going for him,” Patterson said. “If he gets a good barrier and he jumps well he has a chance.”

Patterson said he will also be targeting black type races in the next few weeks in the South Island with Lady Rudolph and The Hottie.