Stayers Final in crosshairs for Ritchie 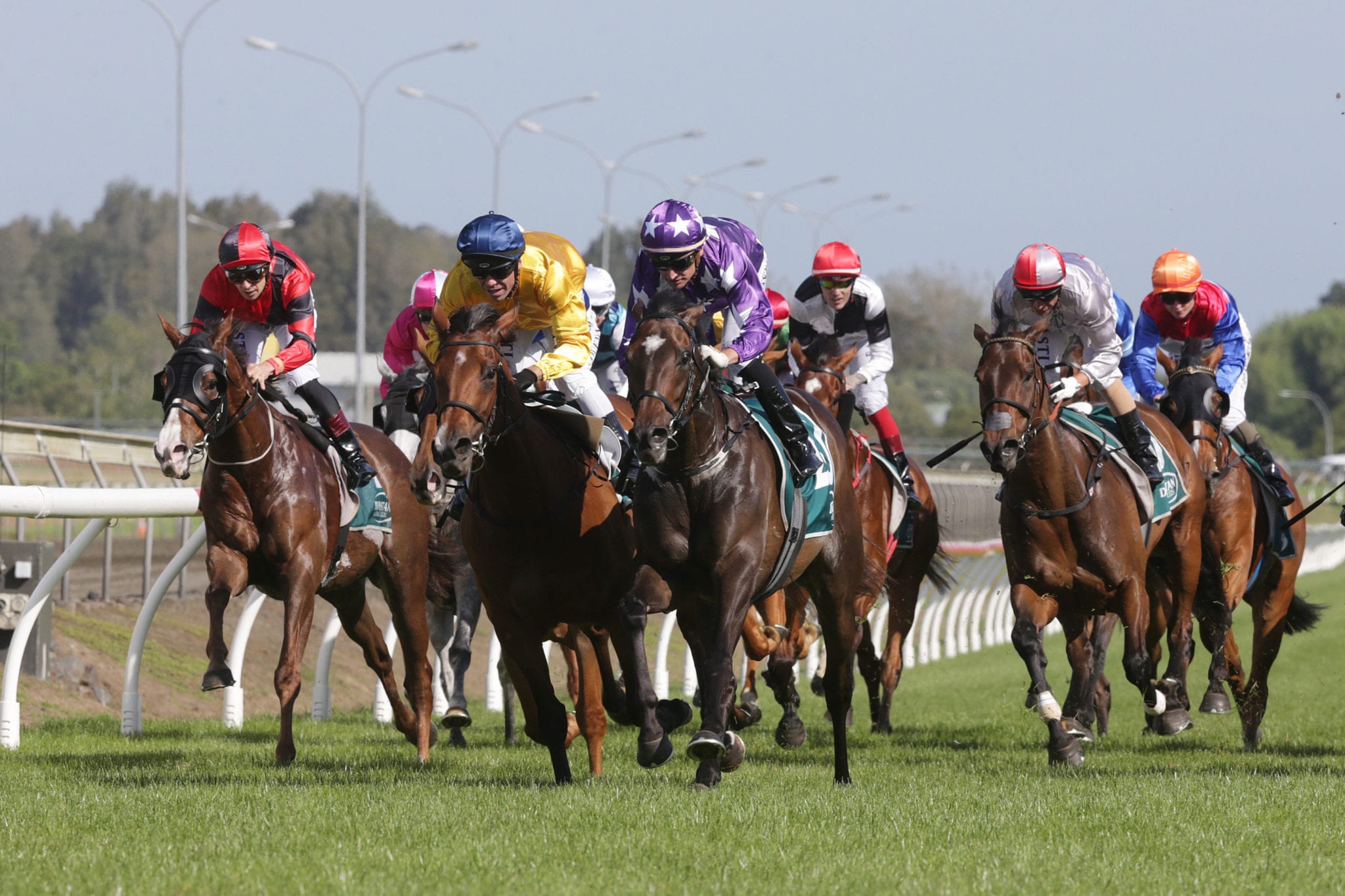 There are plenty of options available to Shaune Ritchie with in-form galloper Swords Drawn, but the Cambridge trainer is leaning towards a tilt at the Dunstan Feeds Stayers Championship (2400m) at Ellerslie on New Year’s Day.

The four-year-old son of Camelot is in a purple patch of form of late, winning two of his four starts this preparation and finishing runner-up in his other two assignments. His latest victory was at Pukekohe on Saturday where he showed a great turn of foot late in the piece to win by a short-neck over Za Za Gabor, with a further 1-3/4 lengths back to Penteverest back in third.

While pleased with the win, Ritchie admitted to feeling anxious during the run. “I thought he was in a lot of trouble,” he said. “He had a lot of horses in front of him and he wasn’t really going forward in the fashion you would like to see him in, but when he found a bit of clear air, he let down like a horse who is heading for the top.”

Ritchie has kept Swords Drawn to a mile so far this preparation, but he is now looking forward to stepping him up over ground. “We have been restricting him to 1600m, just to get his race pattern right and to make sure that he is spot on before we get to 2000m,” he said. “If he was just a miler it restricts us in how much we can win, but if they can get up over ground the sky is the limit for a horse like him, with the pedigree he has got.”

Ritchie also has Swords Drawn nominated for the Group 3 SkyCity City Of Auckland Cup (2400m) at Ellerslie on New Year’s Day and said the weights will determine which race his charge will contest. “We have put him in everywhere just to keep our options open, but that will be his sixth run in, the Dunstan Final, so you would think that is the right race for him to peak in and then perhaps have a little breather and reassess in autumn,” Ritchie said. “We have him nominated for the City of Auckland Cup just in case he gets up in the weights in the Dunstan Final as well. “I think we learnt a lesson from a horse like Prince Jabeel last season when he won the City of Auckland Cup down in the grades. “He automatically went to the top weight in the Wellington Cup (Group 3, 3200m). That’s a concern for me, I don’t want him to charge up the handicaps too quickly because he has only just come out of 65 grade and I don’t think he can carry weight as well. “I think the 60 kilos last time was probably why he was beaten.”

Swords Drawn will likely have one more run in preparation for his New Year’s Day assignment. “There is a (rating) 72 race next week at Ellerslie, which will be two weeks after his Pukekohe win, and that should set him up nicely into the Dunstan Final and that’s the one I would really love to win with him,” Ritchie said.

Meanwhile, Ritchie will cross the Tasman later this week to watch stable runner Where Are You compete in The Jericho Cup (4600m) at Warrnambool on Sunday. Ritchie said it will be a new experience for him, but one he is looking forward to. “They tell me Warrnambool is a fun town to be in and I have never trained a horse for a 4600m race, so it’s a new thing for me, but we are certainly going to have a go. “Where Are You doesn’t have a turn of foot so the 4600m, I am hoping, will suit.”

While Ritchie is excited ahead of the race, he admits he is uncertain how his mare will perform over the marathon distance. “I am of the opinion that when a horse is fit there is not much point in working it any harder, or faster, or too much further, so we won’t be overdoing it,” he said. “I am relatively happy with her level of fitness, she is very strong and has travelled well. “We are looking forward to it, but to be honest I have no idea how she will run.”

Where Are You will be joined in the race by fellow New Zealand-trained runner Aigne, who qualified for the trip after winning the NZB Airfreight Road To The Jericho (3210m) at New Plymouth in September.