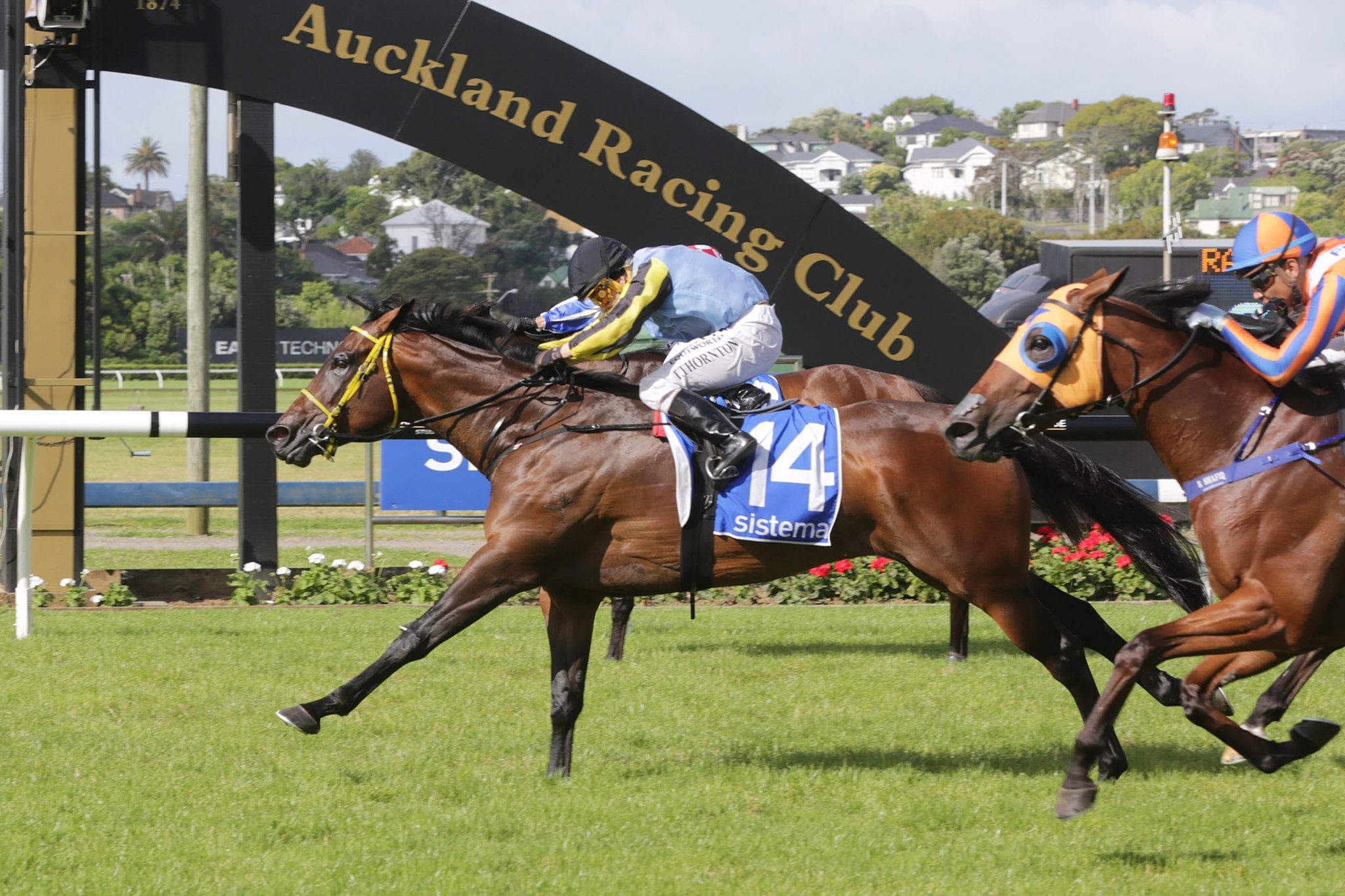 Te Awamutu horseman Stephen Ralph has experienced one of his biggest seasons-to-date and he can now call himself a Group 1-winning trainer after the deeds of Santa Monica in the Railway (1200m) at Ellerslie on New Year’s Day.

It was a career highlight for Ralph who later in the season picked up his second stakes win of the term when Speedy Meady dead-heated the Group 3 Cambridge Breeders’ Stakes (1200m) at Te Rapa with Vigor Winner. “It has been enormous (this season),” Ralph said. “The prizemoney has been great and the two stakes wins have been awesome.”

Ralph is looking forward to next season with both runners, who could kick-off their campaigns in the Group 2 US Navy Flag Foxbridge Plate (1200m) at Te Rapa next month. “They have both had their first 300m gallops this (Wednesday) morning,” Ralph said. “We are absolutely stoked with them, especially Santa Monica. She had three months out and she has come back looking more of a mature horse, a lot stronger, and has the same demeanor about her. “Hopefully we can kick-off like we did last year and that could be in the Foxbridge.”

While Ralph is pleased with the way Speedy Meady has spelled, he still thinks the best is yet to come from the son of Swiss Ace. “With Speedy Meady, we still look at him and think he is immature,” he said. “He’s 16.1 hands, but he doesn’t look it. We just feel the best is yet to come with him. “He has shown he has got the ability. He could miss the Foxbridge Plate, but they will go through the same prep together and we will just see how far they can get.”

Meanwhile, Ralph has his focus set on Te Rapa this weekend where Admiral will line-up in the US Navy Flag Foxbridge Plate 17 Aug 1600. The seven-year-old gelding pleased his connections with his 1-1/4 length victory on a Heavy 11 track at Tauranga last start and Ralph believes he can make it back-to-back wins on Saturday. “I can’t fault him, I am absolutely rapt with him,” he said. “His work on Tuesday was right where we wanted it. “We couldn’t be happier with the way he is working. I just thought he was really strong last start.

“The race before at Ruakaka, it was a fitness race for him, and everything that we wanted to do worked out, it set him up nicely for Tauranga. “He has improved since then, so I think the only thing that will beat him will be the track or a bad ride.”

Admiral has won all seven of his starts on a heavy surface, and with the track rated a Soft 7 on Wednesday, Ralph is hoping the wet weather forecast is accurate heading into the weekend. “I think the only problem we have got, because we have the perfect draw (barrier three), is the track itself,” Ralph said. “He’s so strong on those heavy tracks and he has got that high cruising speed, he just keeps going.”

The son of Align will once again be ridden by apprentice jockey Eilish McCall, with Ralph electing to utilise her three kilogram claim. “Eilish has been going really well on him and she is hitting a bit of a purple patch at the moment,” Ralph said. “Now she knows the horse, which is even better, and I think her confidence is pretty high.”