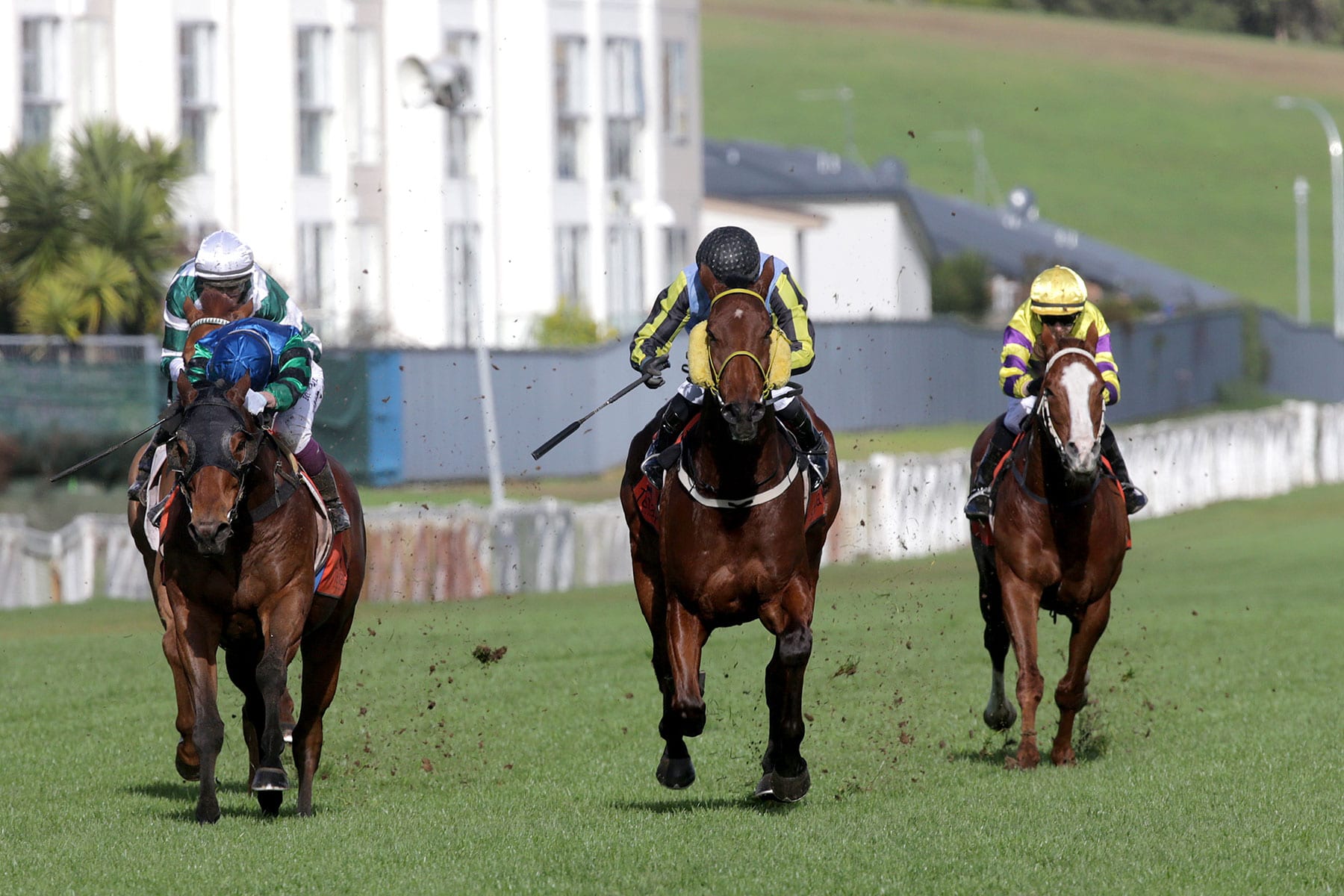 Free-going seven-year-old Admiral bounced back to winning form with an all-the-way victory in open company at Te Rapa on Saturday. The Stephen Ralph-trained gelding thrives on winter tracks and found the Heavy10 surface just to his liking as he set his race rivals a merry chase in the 1600m contest.

Rider Trudy Thornton had Admiral pinging along nicely in front throughout before applying the pressure with 600m to run. Thornton turned up the heat turning for home as Admiral slipped three lengths from his nearest rival. Despite peaking in the final 50m, Admiral had done enough to stave off the challenge of hot favourite Sultan Of Swing with Crafty Jess battling on gamely for third.

Ralph had been confident of a good performance from his charge but had his work cut out keeping co-owner Michael Hislop’s enthusiasm in check during the mid-stages of the event. “We thought he would go well last time but things didn’t pan out with him running midfield but he was bright and ready to turn his form around today,” Ralph said. “I was watching the race with Michael (Hislop) and he started to get pretty excited when he was out by three lengths coming to the home turn. “I kept telling him there was still 600m to run but we were both shouting pretty hard as they got closer to home. “When I saw him prick his ears at the 100m I knew the other horse wasn’t going to get past him and he held him nicely.”

Ralph will now look for a similar race in the next two weeks for his charge although he admitted he was a hard horse to place. “He really needs the wet tracks and with so much racing at Ruakaka and here at Te Rapa he often doesn’t get that at this time of the year,” he said. “We will take a look at the programmes and we could send him down the island if we can find something suitable for him.”

Santa Monica provided Ralph with his first Group 1 victory when she took out the Sistema Railway (1200m) at Ellerslie while Speedy Meady signed off his three-year-old campaign by dead-heating for first in the Group 3 Cambridge Breeders Stakes (1200m).