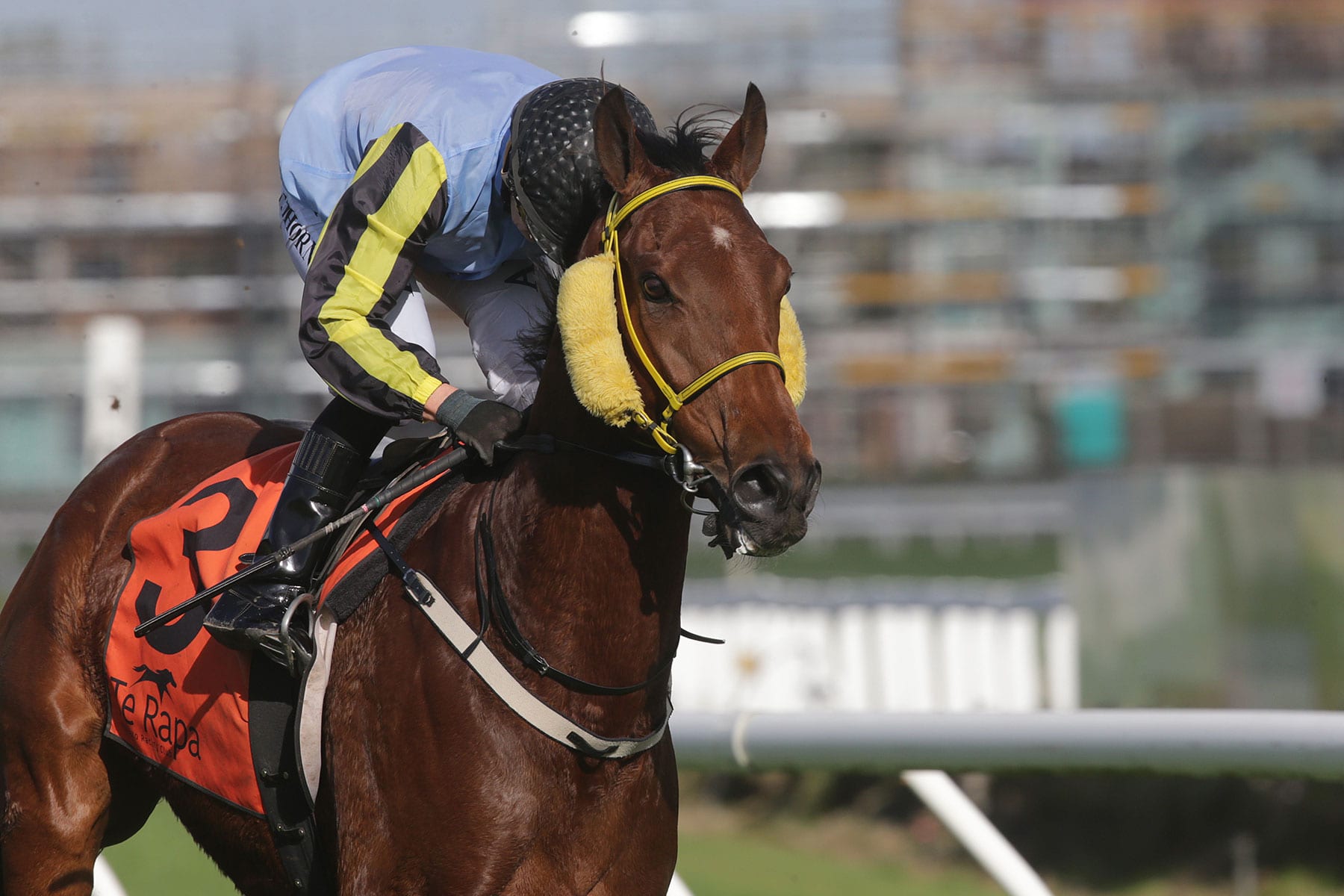 Trudy Thornton will cut an imposing figure to her rival jockeys as she walks out to ride at Pukekohe on Saturday. Thornton stood herself down from her final ride at Te Rapa last weekend after her mount Mister Gerinomo clipped heels in an incident that led to Anna Jones copping a four-week suspension. However, Thornton won’t spend any further time on the sidelines after gaining a doctor’s clearance to ride at Pukekohe where her rides include the in-form Admiral in the feature Pukekohe Plumbing 1400.

Thornton politely declined a stewards’ offer to watch video footage of the fall that has left her with bruising to much of her body but said her confidence remains unblemished. “I’ve got bruising to both knees, arms and lower back, but it’s all superficial,” Thornton said. “Oh, and I’ve got two black eyes. But I’ve lived and breathed horses all my life and injury is just part and parcel of the job. If I was worried about it, I would have given up long ago.”

Thornton had her first ride on Admiral at Te Rapa last month and couldn’t have been any more impressed as the Stephen Ralph-trained eight-year-old ground out a narrow win over Group winner Sultan Of Swing. TAB bookmakers have installed Admiral a $2.80 second favourite for Saturday’s open handicap behind Hello M’Lady, a gallant fifth in the Listed Opunake Cup (1400m) at New Plymouth last start.

Admiral is a winner of eight of his 55 starts, all on heavy track conditions that he will again encounter on Saturday at Pukekohe, the venue of his Listed Karaka Classic (1600m) win in 2016. “He’s a tough horse and if he gets his own way in front, he’ll take some beating again,” Thornton said. “More rain would only help him too because I don’t think he’d like it really holding. He’s a super-nice horse to ride and he tries hard. In a small field, he looks really well suited.”

Thornton was also looking forward to riding the Graham Richardson-trained Paisley Park, a $4 second favourite in the Panhead Custom Ales 1600. “He carried a lot of weight (60kg) last time and I went forward a bit earlier than I probably should of because that’s the way you have to ride Rotorua, but I’ll be more patient on him on Saturday. It’s a long straight at Pukekohe and he’ll have plenty of time to run past them.” Among Thornton’s other rides are the Glenn Old-trained pair Rukuhia and Oh What Fun.