Speedy Meady set to fly over 800 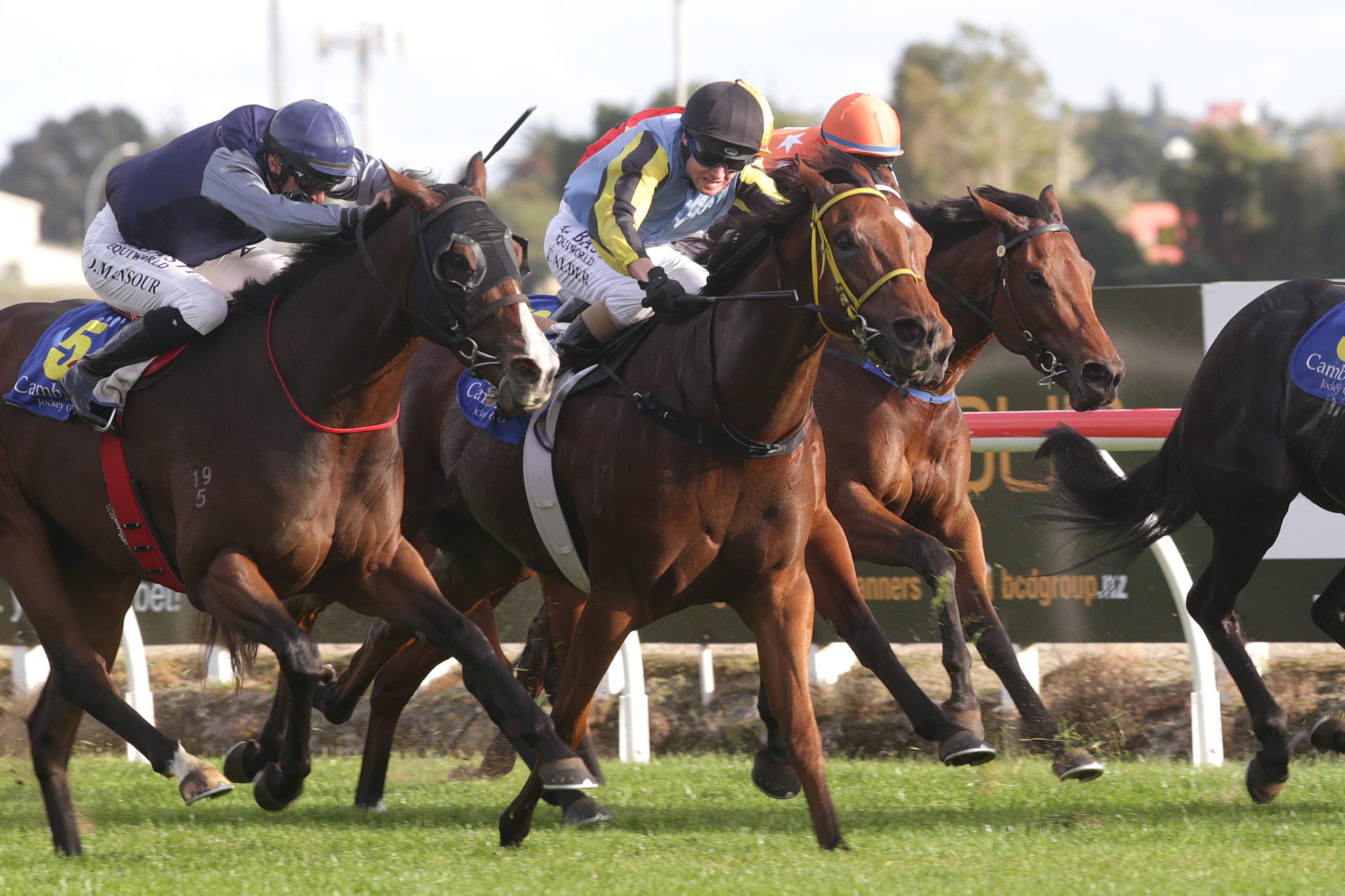 Trainer Stephen Ralph can’t wait to be back at the races this weekend, with up to eight runners set to represent his Te Awamutu stable at the Counties meeting at Pukekohe Park on Saturday. Full fields and 11 races are the order of a bumper day, which marks the first time thoroughbred racing will take place in New Zealand since March 23.

Officially every horse will have an X beside its name, denoting at least a three-month absence from the track, and for punters and connections alike, Saturday’s meeting provides an even greater puzzle than usual, with horses in varying states of fitness.

Ralph’s Group 3 winning sprinter Speedy Meady will contest an 800m dash early on the card, with the entire racemeeting sponsored by Dunstan Horse Feeds. Three-kilo claimer Tegan Newman will take the ride on the top-weight who should be forward enough for the assignment. “Speedy Meady, you would like to think he is a standout, even with the 63kg top-weight,” Ralph said. “We get the three kilos off with Tegan, she rode him in a jump-out last week and he won. “He beat New York Jazz, so we know the opposition was right up there and he seems to get out of the gates really well. That is important in an 800m race.”

The four-year-old won the Group 3 Cambridge Breeders’ Stakes (1200m) last season and matched motors with many of New Zealand’s best sprinters over the summer, including a sixth placing, beaten less than two lengths in the Group 1 Railway Stakes (1200m) won by Julius. Speedy Meady ($3.80) should have no problems with the Heavy11 track conditions on Saturday, having previously won on a Heavy surface. “He was quite competitive in the Railway,” Ralph said. “We have a few options with him, and he won his lead-up to the Cambridge Breeders’ Stakes in a bog so we will go as far as we can with him through the spring.”

Ralph said it would be challenging to gauge where everyone is at over the coming month of racing, but he is pleased with his team, which numbers 28 at present. “We jumped out 22 last Friday,” Ralph said. “We got a line as to where most of them were at and the ones that couldn’t handle the track we sent home and will see them again in the summer.”

Ralph has always had a good opinion of Monaco, a full-brother to the stable’s Group 1 winning sprinter Santa Monica, but said the five-year-old had been plagued by a foot issue last preparation. “I have always had tickets on this guy,” Ralph said. “He has got an x-factor about him and he is 100 percent now. “He destroyed them in his jumpout and I just love this horse. If he comes back and doesn’t have an issue, he can really gallop.” A $15 prospect, Monaco will clash with stablemate Bluetwentytwo in a competitive 1100m contest headed by Crystallize ($3.80) and Flaunting ($4.40).

Five-year-old Rodolfo ($18) has won three of his nine starts since entering Ralph’s care and will line-up over 1300m but is likely to improve once he gets over further. “He wants 2000m really but if we get a really wet track, and he can swim, we like him. We think the further he goes into the season we expect him to improve.”

Meanwhile, Santa Monica will be heading across the Tasman to be offered at the Gold Coast broodmare sale, after missing an opportunity to race through the autumn in Sydney. “We would have loved to take her over and do our own thing with her but lockdown intervened,” Ralph said “She is in work to go over there for the sales and is looking every inch the Group 1 horse. “She will go to the sale with a reserve and if it isn’t met Stuart and Cherie (Hope, owners), will get her in foal, race over there and then bring her home.

“She is an amazing horse, she has one of those personalities. She is the kindest, friendliest mare you would ever meet. We have loved having her at the stable. She is right next to the gear room and so always has her head over the door for a scratch.”