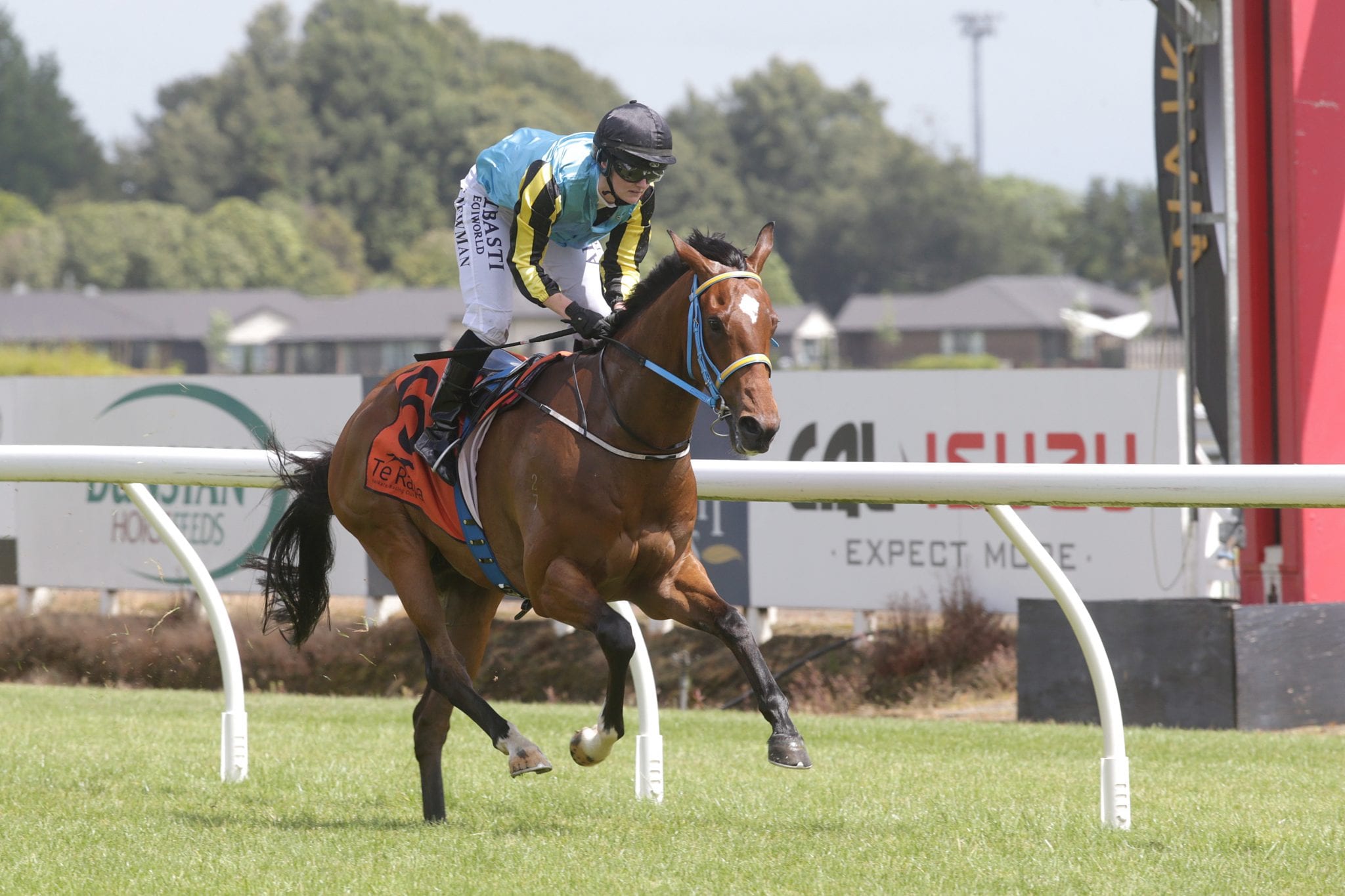 Talented three-year-old Explosively lived up to his name when winning on debut at Te Rapa on Wednesday. The Stephen Ralph-trained gelding exploded out of the gates for apprentice jockey Tegan Newman to take an early lead in the Website Angels 1200.

The pair didn’t relinquish their advantage and opened up in the home straight to win comfortably by three lengths over O’Jessica. Ralph was pleased with the win, but admitted he wasn’t surprised by the performance given his three strong outings at the trials, which included a four length win over 1050m at Taupo last month.

“He did something we thought he would do, but it doesn’t always work that way,” Ralph said. “Drawing barrier five was ideal and he showed today that he can jump, run, lead, and kick. “We would have been very disappointed if he didn’t win today.”

Ralph said his phone was ringing red hot after Explosively’s Taupo trial win and a tentative sale has now been made after his Tuesday victory, with his future likely to lie in Australia. “After the Taupo win the phone was going off enquiring about him and they (owner, Luigi Muollo) got a contract from Hong Kong straight away, but he didn’t pass the stringent Hong Kong vetting, hence why we raced him today,” Ralph said.

“Straight after today Australian interests have bought a half-share in him, so at this stage if the sale goes through he will be off to Australia. “Luigi will retain a half share and in our book he will go a long way over there. He is a horse that can cop a fair bit of pressure, like he did today, and keep going. “We would have liked to have had a few starts with him. They are hard to find these ones that can jump and run. “It is a bittersweet moment.”

The win continued a great week for Explosively’s sire, Sweynesse, who recorded his third stakes win as a sire when Brix took out the Listed Fasttrack Insurance 2YO Stakes (1100m) at Pukekohe last Saturday. Sweynesse stands at Novara Park Stud near Cambridge for a fee of $6,000+gst.

Looking ahead to racing at Ellerslie on Saturday, Ralph is looking forward to lining up Monaco in the Bentleys Chartered Accountants 1400. The son of Per Incanto recorded his sixth victory at Tauranga last start and Ralph has lofty targets for the gelding over the coming months.

“If they get that bit of rain up there to take that edge off the track for him you would like to think he will be hard to beat,” Ralph said. “He’s going to the Railway (Group 1, 1200m). We know he is a really good 1200m horse and at the moment we are trying to get his rating points up and we need a stakes win to qualify for the Railway. “We don’t want to be the highest rated horse and miss a start. “We will have a bit of fun with him over the next five weeks.”