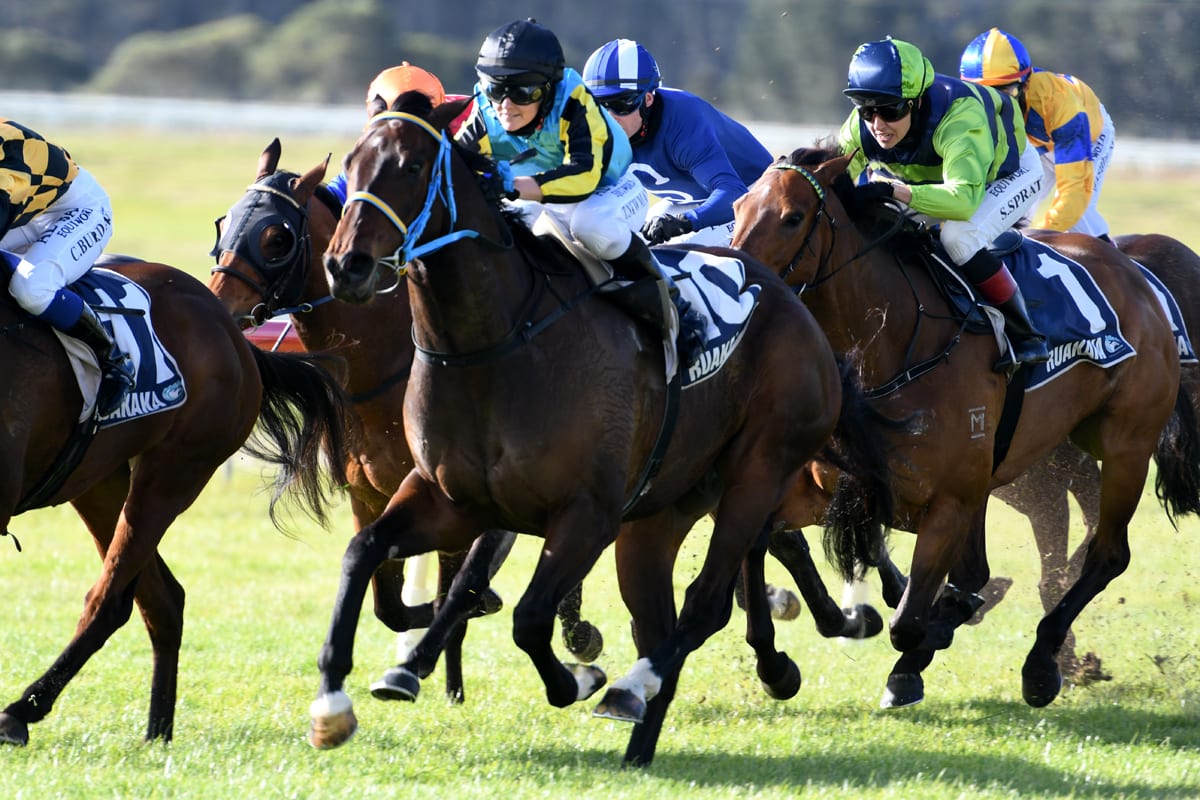 Trainer Stephen Ralph knows it is a big step up from an open handicap win at Ruakaka to the Group 1 Sistema Railway (1200m) at Ellerslie on New Year’s day but he is confident he has the horse that can take that leap in versatile customer New York Jazz.

The five-year-old Niagara gelding stormed home out wide to defeat Familia in the Harcourts Tai Tokerau Trophy (1200m) on Saturday with Ralph keen to lift his sights after the win. Ralph has tasted victory in Ellerslie’s elite sprint having taken out the 2019 Railway with outsider Santa Monica and believes New York Jazz has a similar profile to that of his more illustrious stablemate at a similar stage in his career.

“We have a lot of confidence in this horse and we think he has the ability to compete in some better races,” Ralph said. “He is lightly raced for a five-year-old and only had his first start not much more than a year ago. “He has won five races now but he’s been pretty unlucky on more than one occasion and his sectional times compare well with the better horses.

“We had him entered for the Foxbridge Plate but couldn’t get a start in the race so he took on a lesser grade that day, “He had no luck finishing seventh but ran the fastest last 200m, 400m, 600m and 800m splits in the race that Bavella won, so I know he has the ability. “He’s very similar to Santa Monica at the same stage of his career and once she made it into those bigger races, she won a Railway and was right there against the best.”

Ralph had been quietly confident leading into Saturday’s 1200m event at Ruakaka, based on his Te Rapa run, but was left wondering whether bad luck might jinx him again during the running of the race. “He isn’t a horse that likes to do too much early in his races and on Saturday he settled back but got caught out wide,” he said. “He started to make his run at the 600m but got pushed four and five wide and then Tegan (rider Tegan Newman) dropped her stick in the straight as well.

“Luckily, there was a little bit of trouble with some of the runners on the inside, who were squeezed up, but our fellow still had to make a long, sustained run and he did plenty to get up and win. “I do feel sorry for the connections of those who lost their chance with the interference but we’ve been in that situation plenty of times with this guy so you just have to cop it and move on.”

Ralph is now looking for an opportunity to enhance New York Jazz’s chances of making the field for the Railway and will target black-type races in the coming weeks. “He will most likely need a black-type win to get a start at Ellerslie on New Year’s day so we will be having a look at what’s coming up,” he said.

“There’s a Group 3 1400m at Hastings on the last day of their carnival which would suit as he was unlucky not to win first-up there last year, so we know he will handle the track. “There will be other races we can look at right up to Boxing Day at Ellerslie where we ran Santa Monica to make sure she made the Railway field that year, so I’m sure we will give him his best chance if he is going well enough to take it.”