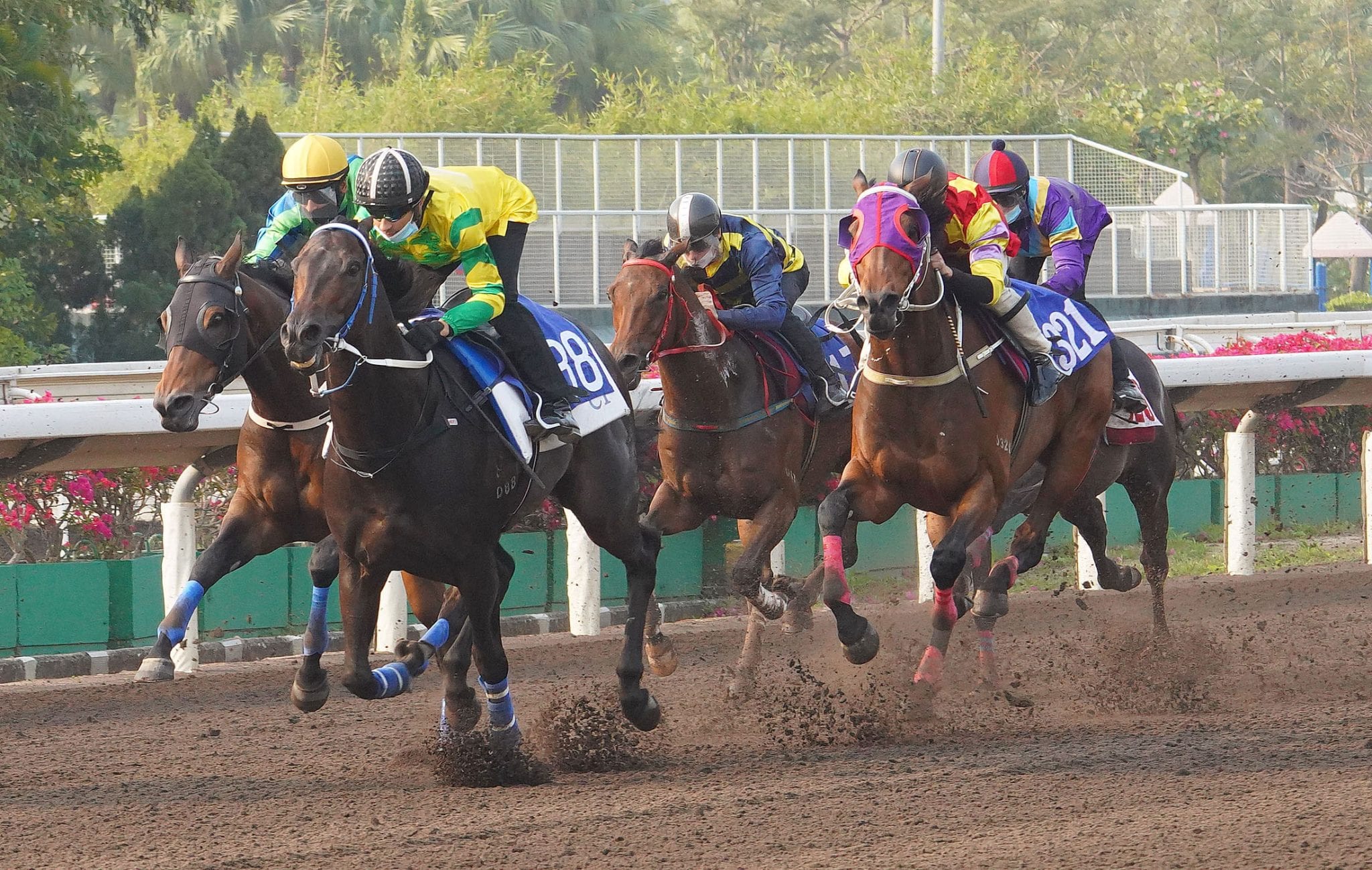 Caspar Fownes is confident Sky Darci is on target for a stellar BMW Hong Kong Derby (2000m) performance after the gelding breezed through a vital 1200m barrier trial on the dirt at Sha Tin on Friday morning (12 March) ahead of next week’s Classic.

The top-rated entry for the HK$24 million contest on Sunday 21 March, Sky Darci was allowed to balance up before streaming to the line impressively for Joao Moreira behind David Hayes’ talented Packing Award and Goldie Flanker this morning.

Beaten half a length, Sky Darci showed the benefit of a recent stint in Conghua, while another Derby contender – Tony Cruz’s Delightful Laos – crossed the line in fifth place, two and a half lengths behind Packing Award in 1m 11.05s.

Chasing his first Derby triumph since Super Satin in 2010, Fownes was satisfied with Sky Darci’s condition.

“His trial was nice, it was pleasing, on face value, the trial looked good,” Fownes said.

“I told Joao just to grab hold of him and take him back and let him just come by on the outside, which is what he did.

“We’ve just got to hope he scopes clean now and then we’re all systems go for the Derby next weekend.

“We normally scope our horses after strenuous exercise to check whether there’s any mucus or anything else there – it’s always something we do because horses can be quite sensitive in this environment, so we always check.”

On the latter occasion, stewards noted Sky Darci was held up from the 400m and unable to find clear running.

Tourbillon Diamond, who finished a length and a half second to Pegasus Glory in 1m 10.07s for Vincent Ho in the first trial today, pleased trainer Danny Shum.

“He trialled well, he’s healthy and he’s happy – everything is on track,” Shum said.

“The field is very open, so hopefully we get a good draw. The draw is very important for the 2000m.

Chad Schofield celebrated a medical clearance to resume racing after the back injury which has sidelined him since 21 February by partnering Panfield in an encouraging trial.

“Really good – it was actually the first time I’ve ridden him. I thought for a horse, for what he is, to trial like that over 1200m, was very pleasing. He was very strong through the line,” Schofield said after Tony Millard’s Chilean import finished a neck second to stablemate Parterre in 1m 09.49s.

Schofield will resume at Sha Tin on Saturday (13 March) after overcoming severe back pain.

“It was frustrating two weeks – I was flat on my back, I couldn’t really do anything but it’s better now and looking forward to getting back into it,” the Australian said.

“I had two prolapsed discs and they were putting pressure on the nerves and it took longer than I would have liked for it to come right but I’m fine now.”

“When I got off the horse, I couldn’t even really stand up or walk so it wasn’t much fun. I’m just glad it’s over now,” Schofield said before explaining the intensive treatment he has undergone to recover.

“Just a lot of physio, really – I got a lot of treatment on it. The Club was really good with the facilities and the doctors they provided, so we got it treated and it’s fine now.

“To be honest, I wasn’t off for long – broken bones and you’re off for a lot longer but it was quite painful, it was very painful. I’m just glad it’s over and I can get back to riding winners.

“I wanted to get back as soon as possible, but I didn’t want to rush getting back when the discs weren’t fully back into place and risking them going again.

“I got back as quick as I could without rushing it. A week before the Derby, it’s important to be back.”