Sitarist overcomes scare to feature in big treble for Parsons 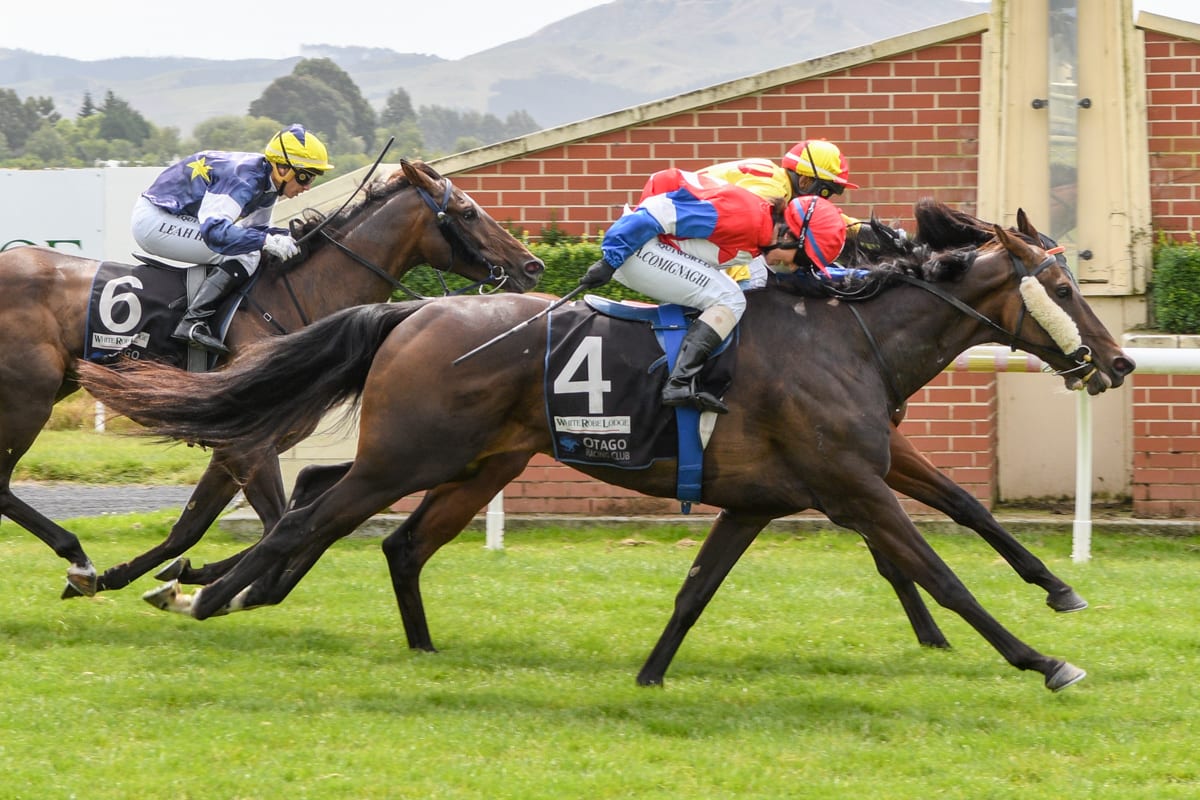 After a touch-and-go few days, emerging staying mare Sitarist headed to Wingatui and was part of a super Saturday for trainers John and Karen Parsons and jockey Tina Comignaghi. The daughter of Road To Rock prevailed in a thrilling finish to the Listed Fire & Mechanical Contracting Ltd Dunedin Gold Cup (2400m), which was part of a clean sweep of the day’s three black-type races for the trainer-jockey combination.

But Sitarist’s feature staying win was very nearly derailed by a setback. “She was lucky to make it to the race,” Karen Parsons said. “She’d been battling a foot infection, and it was only on Thursday that the blacksmith gave her the green light to run.”

Sitarist was the middle leg of the big black-type treble for Comignaghi and the Parsons. El Gladiador had previously scored an upset win in the Listed Mediaworks Dunedin Guineas (1500m), while Killarney later added the Group 3 White Robe Lodge WFA (1600m).

The spectacular Saturday continued a golden run for the Parsons stable, which has struck black-type gold in the North Island in recent weeks with Kiwi Ida in the Group 2 Manawatu Challenge Stakes (1400m) and Group 2 Westbury Classic (1400m), and with Camino Rocoso in the Group 3 Trentham Stakes (2100m). “We’re having a pretty amazing run,” Karen Parsons said. “We had four wins today, and it probably should have been five – Johnny Jones was very unlucky not to win the open sprint. But anyway. “We’re thrilled for Tina, who rode really well in all of those black-type wins. She did such a great job for us today.”

Before Saturday, Comignaghi had only two black-type wins to her name in her career. That number has now swelled to five after excellent rides on El Gladiador, Sitarist and Killarney, who all collected their first wins at stakes level.

El Gladiador and Killarney both led all the way in dominant front-running performances, while Sitarist settled in fifth place as last-start winner Mr Intelligence set the pace. That runner still had plenty to offer in the straight, but Comignaghi brought Sitarist with a well-timed finish down the outside and snatched victory by a nose right on the finish line.

Skilfully handled by the Parsons team, the Sitarist story has been one of massive progress over the last 12 months. At this time last year, she was racing in Rating 65 grade. But she won a Rating 72 at Riccarton on May 31, then won in open class at Ashburton just over a month later. She won again on the opening day of Riccarton’s New Zealand Cup carnival in November, then placed in the Cromwell Cup (2030m) and Gore Cup (2000m) before Saturday’s black-type victory.

“She’s come a long way in the last year or so,” Parsons said. “She stays really well, so we were always confident she’d get up to this sort of level. “If Camino Rocoso had been running in that race today, he would have been favourite. She’d run second to him only a few weeks ago (in the Cromwell Cup), so that gave us a bit of confidence that she’d be right up to this.”

Meanwhile, Parsons reported that both Camino Rocoso and Kiwi Ida are on track for next Saturday’s big meeting at Te Rapa, where they will tackle the Group 1 Herbie Dyke Stakes (2000m) and Group 1 BCD Group Sprint (1400m) respectively. “They’re both well and everything’s on track for Te Rapa next weekend,” Parsons said.