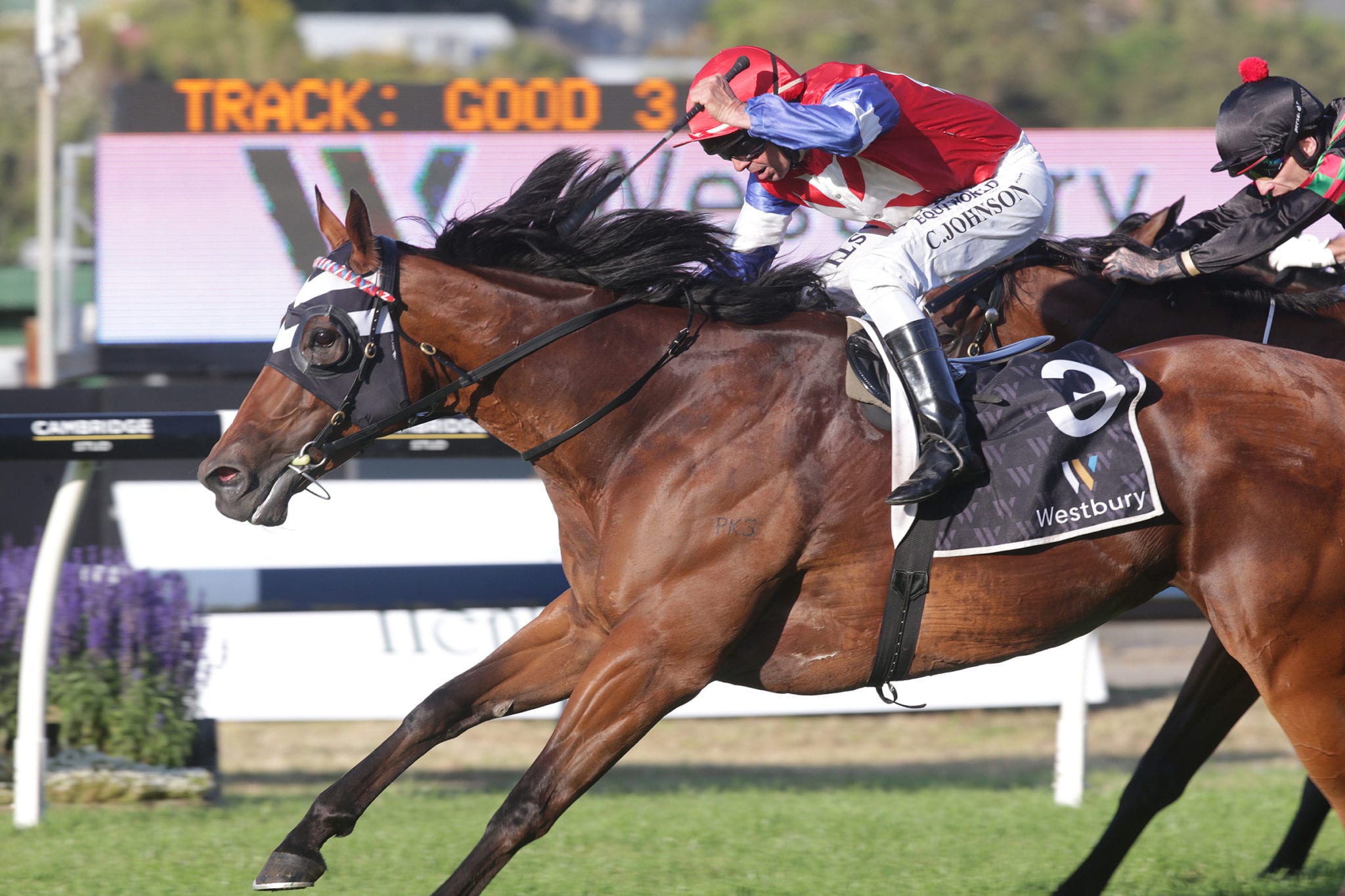 Balcairn trainers John and Karen Parsons are hoping their North Island luck holds two-fold at the Te Rapa premier meeting on Saturday week. The North Canterbury couple have struck three times on end on their latest northern raid on features, with Kiwi Ida winning the Group 2 Manawatu Challenge Stakes (1400m) at Awapuni on December 21 and the Group 2 Westbury Classic (1400m) at Ellerslie last Saturday and Camino Rocoso taking the Group 3 Trentham Stakes (2100m) at Trentham between times with a bold front-running display.

Kiwi Ida has remained in the north, being based at Mystery Creek, Hamilton, while Camino Rocoso, a former northerner, returned south after the Trentham effort. But Camino Rocoso will be heading back north late next week to join his stablemate at Te Rapa, with the pair chasing the two Group One events on the card. Kiwi Ida will contest the Group 1 BCD Sprint (1400m), while a late entry will be paid for Camino Rocoso to start in the Group 1 Herbie Dyke Stakes (2000m). “Our luck has got to run out up here some time, but I hope it holds for Te Rapa,” Karen Parsons said.

The Ellerslie win took Kiwi Ida’s record to 14 wins from 41 starts and her stake earnings to over $450,000 and she has certainly earned plenty of respect in the north with her barn-storming winning efforts in the hands of Chris Johnson. At Awapuni she defeated the very promising Rock On Wood and at Ellerslie she outgunned Volpe Veloce and Rondinella. “I was a bit apprehensive when she was back and all those good horses were in front of her on Saturday,” Parsons said. “But Chris knows how to ride her. She has to be held up. She pulled up as though she didn’t have a race.”

It was seven years ago the Parsons won the BCD Sprint, then known as the Waikato Draught Sprint, with their multiple Group 1 winner Final Touch and Kiwi Ida will be out to emulate that feat on Saturday week. “She’s got a better finish than Final Touch,” Parsons said.

Though Kiwi Ida has settled in well to her temporary base in Hamilton, she won’t be staying on in the Waikato for the Group 1 New Zealand Thoroughbred Breeders’ Stakes (1600m) at Te Aroha on April 4. “John is adamant she won’t go 1600m,” Parsons said. “She has had a few goes and hasn’t been in it.” Three of those 1600m attempts were as a three-year-old with the best result being a sixth and her best placing in two subsequent starts over the metric mile distance was a fifth in the 2018 Listed Timaru Cup, while in one start over a longer journey she was fifth in the Listed Warstep Stakes (2000m), also as a three-year-old.

While it will be Kiwi Ida’s first start at Te Rapa on Saturday week, Camino Rocoso was placed in two of his three starts on the course when prepared at Cambridge by Murray Baker and Andrew Forsman. Camino Rocoso joined the Parsons barn last autumn after winning four races for Baker and Forsman and struck immediately with a double at Blenheim and this campaign he has gone on to extend his winning tally to nine.

His latest three wins have all come within his last four starts, beginning with an all-the-way victory in the Cromwell Cup (2030m), and he earned his trip to Trentham with a similar display when winning the Waikouaiti Cup (1975m) on New Year’s Day. “He’s happy when he’s let roll and Chris knows how to ride him,” Parsons said. “It’s a big step up taking on the Group 1, but the owners are keen.”

While Parsons is in the north with Kiwi Ida, her husband and the rest of the staff are gearing up for a big day at Wingatui on Saturday. “We’ve got 12 nominated,” Parsons said. “I hope we have better luck than we did last Saturday when we had a big team in at Riccarton.”

The Parsons’ Wingatui-bound squad will include Killarney, a candidate for the Group 3 White Robe Lodge WFA (1600m) and Sitarist, who will start in the Listed Fire & Mechanical Contracting Ltd Dunedin Cup (2400m).

Killarney is another former Cambridge galloper who has recaptured winning form, scoring over 1400m at Omakau on January 3. He then finished eighth last start in the Listed Timaru Stakes (1400m) at Riccarton last Saturday. “It was quite a good run last time as they dawdled and sprinted home and it was hard on the backmarkers like him,” Parsons said.

Sitarist goes into the Dunedin Cup with a second to Wild Jack in the Gore Cup (1800m) and a second two starts earlier behind Camino Rocoso in the Cromwell Cup (2030m).