El Gladiador all the way in Guineas upset 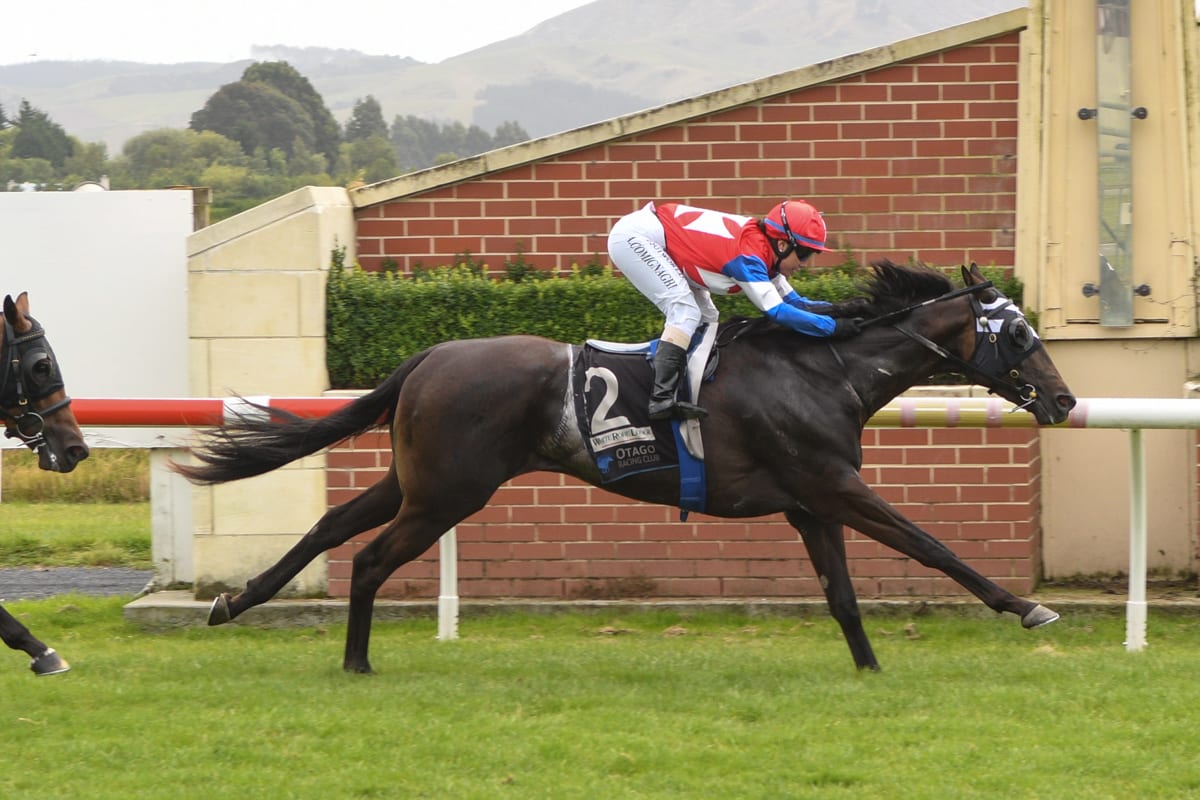 This year they repeated that trick with El Gladiador, who was a late-finishing seventh in last month’s Gore Guineas. On Saturday at Wingatui, the Ghibellines gelding led all the way in the Dunedin Guineas for a superb $17 upset victory. Jockey Tina Comignaghi holds herself responsible for not finishing closer at Gore, and she took matters into her own hands on Saturday. She speared El Gladiador forward from gate 10, taking the lead after 100 metres and dominating the race from there.

El Gladiador kicked powerfully in the straight, putting himself out of the challengers’ reach. Tears Of An Angel and All About Magic chased bravely, but El Gladiador crossed the finish line a length and a half ahead. “I didn’t ride him very well in the Gore Guineas,” Comignaghi admitted. “I got too far back, but he still ran home really well. I think he’s better ridden this way. He’s quite a laid-back horse and tends to get back, but if you go forward out of the gate, you can take luck out of the question. “I was a bit concerned about a few horses coming at me late in the race, but he was still travelling really well at the top of the straight. “He felt really good all the way to the finish, and he seems to handle any ground.”

The win continued a purple patch for the Parsons team, who in recent weeks have won the Group 2 Manawatu Challenge Stakes (1400m) and Group 2 Westbury Classic (1400m) with Kiwi Ida, along with the Group 3 Trentham Stakes (2100m) with Camino Rocoso. The Guineas was also a notable result for White Robe Lodge stallion Ghibellines, who sired his first black-type winner.

El Gladiador had previously been Ghibellines’ first-ever winner when he won on debut in December 2018. Standing for a service fee of $6,000, Ghibellines has sired three individual winners to date. El Gladiador now heads that list, while Live Drama and Ranger have both placed at Listed level.

Runner-up Tears Of An Angel now has two strong black-type showings in her four-start career, having finished a close fourth in the Gore Guineas last start. The daughter of Echoes Of Heaven is trained by Terri Rae for owners Frontier Bloodstock and Raffles Racing. Saturday’s third placing was a welcome return to form for the Michael and Matthew Pitman-trained All About Magic, who won the Listed Champagne Stakes (1200m) last season and placed in the Listed Canterbury Belle Stakes (1200m) and Group 3 War Decree Stakes (1600m) in the spring.