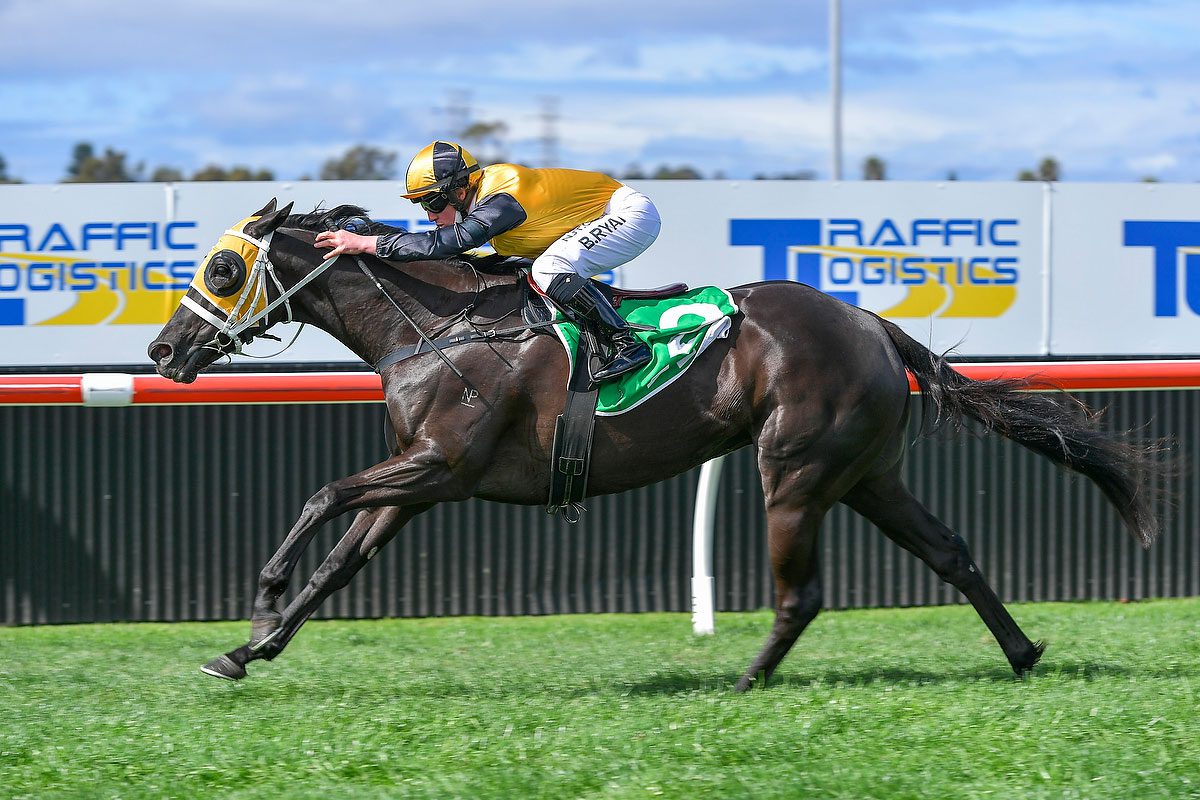 Four-year-old mare Signora Nera could be in for a big spring judging by her runaway victory when resuming in the Peltzer Special Achievement Handicap (1500m) at Kembla Grange on Saturday.

The Chris Waller-trained daughter of Sweynesse was ridden by apprentice Brock Ryan and came from the second half of the field to unleash a devastating turn of foot to prevail by more than three lengths.

A two-time winner and Group Three placed in New Zealand for Allan Sharrock, Signora Nera is raced by Novara Park Principal Luigi Muollo and transferred to Waller in the back half of her three-year-old season.

The win on Saturday was the first in Waller’s care and the Champion trainer was suitably impressed by the return of the Kiwi bred mare.

“She has obviously returned a pretty handy horse,” Waller said.

“She was a good horse in the Oaks in both Sydney and Queensland last preparation and some of those three-year-old fillies turning four take the next step, while others plateau.

“She’s gone to a new level.

“I think she is a stayer and she will tell us a bit more at her next start. It was pretty exciting.”

An emotional Waller was delighted to win the race, with jockeys sporting black arm bands in memory of popular racing figure Nini Vascotto, the much-loved Australian Turf Club social media manager, who lost her battle with cancer on Friday, aged 44.

“It was a touching race to win as a tribute to Nini. She was a very special lady,” Waller said.

Meanwhile two-kilo claiming apprentice Brock Ryan was thrilled with the feel the striking mare gave him.

“She was eclectic,” Ryan said.

“Once I balanced her up she really let go for me. The slight query was she was first-up over 1500m as a horse that usually gets over a lot further but she was enormous today.”

By exciting young stallion Sweynesse, sire of stakes winners Only Words and Bonita Aurelia, Signora Nera is out of the Red Clubs mare Madonna Mia, the winner of nine races including the Listed Wanganui Cup (2040m).