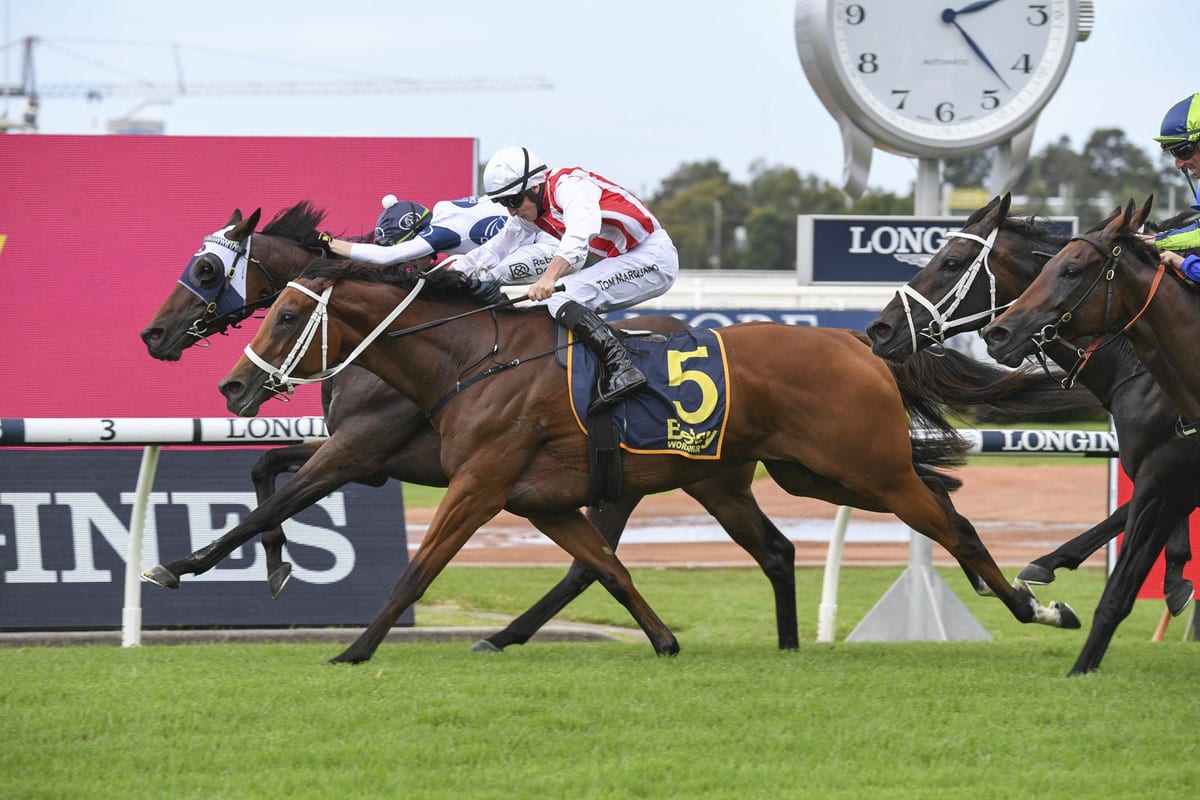 Leading Sydney trainer Chris Waller will line-up a pair of Kiwis in the Group 1 Doomben Cup (2000m) on Saturday and he is positive about both of their chances ahead of the Brisbane feature.

Evergreen galloper Humidor will have his 50th start in the race and Waller said he will appreciate the step up to 2000m after his fifth placing in the Group 2 Hollindale Stakes (1800m) earlier this month.

“He didn’t get a lot of luck (in the Hollindale Stakes),” Waller said. “He finished off pretty well in questionably the worst part of the track, so it was good to see him poking up in behind them. 2000m and a good tough contest is exactly what he wants.”

He will be joined in the race by stablemate and compatriot Toffee Tongue, who finished one place behind Humidor in the Hollindale.

Waller is confident of an improved performance from the Group One winner, particularly after her pleasing trackwork on Tuesday.

“She was good (in her trackwork on Tuesday), it was good honest work,” he said. “She kept her rider, Luke Dittman, up to the mark all the way. Luke was very happy with her work and she has pulled up well.”

Fellow New Zealand-bred filly Grace And Harmony will be looking to record her fourth consecutive victory when she contests the Group 2 The Roses (2000m).

The Group 1 Queensland Oaks (2200m) aspirant has won three of her five career starts to date, including the Listed Gold Bracelet (1800m) last start, and will have her first Group test at Doomben this weekend.

“From what I could see she is just a progressive filly that continues to improve and everything we have asked of her, she has just responded,” Waller said.

“Where the ceiling is with her we are not sure, but if she keeps improving the way she is then she is very handy.

“She was posted wide most of the race (Gold Bracelet) and whether that was an advantage or not on the day I’m not sure, but she certainly toughed it out well and gave the indication that 2000m will not be a problem.”

She will be joined on Saturday by stablemates Signora Nera and Only Words, who finished second and third respectively in the Gold Bracelet.

“Signora Nera was never really comfortable and had to come round them and until she got out wider she didn’t start to make momentum,” Waller said. “Under the circumstances her run was good so we have no queries about staying with her.

“She was coming back from the Oaks in Sydney to run 1800m and she looked a bit dour so I think she will be better for the run and she is certainly a good horse going towards the (Queensland) Oaks.

“Only Words is continuing to settle better and I was really happy with her run on the Gold Coast, I thought she settled better. Brenton Avdulla rode her and he is doing a good job to get her to switch off. If she keeps learning to settle and do things right, you would think she would be competitive.”

Back on his home track at Rosehill in Sydney, Waller will contest the Listed Lord Mayors Cup (2000m) on Saturday with The Lord Mayor and Polly Grey, and he is particularly upbeat about the chances of the latter after her last start victory in the Listed Gosford Cup (2100m).