Isdale struggling for words ahead of Oaks tilt 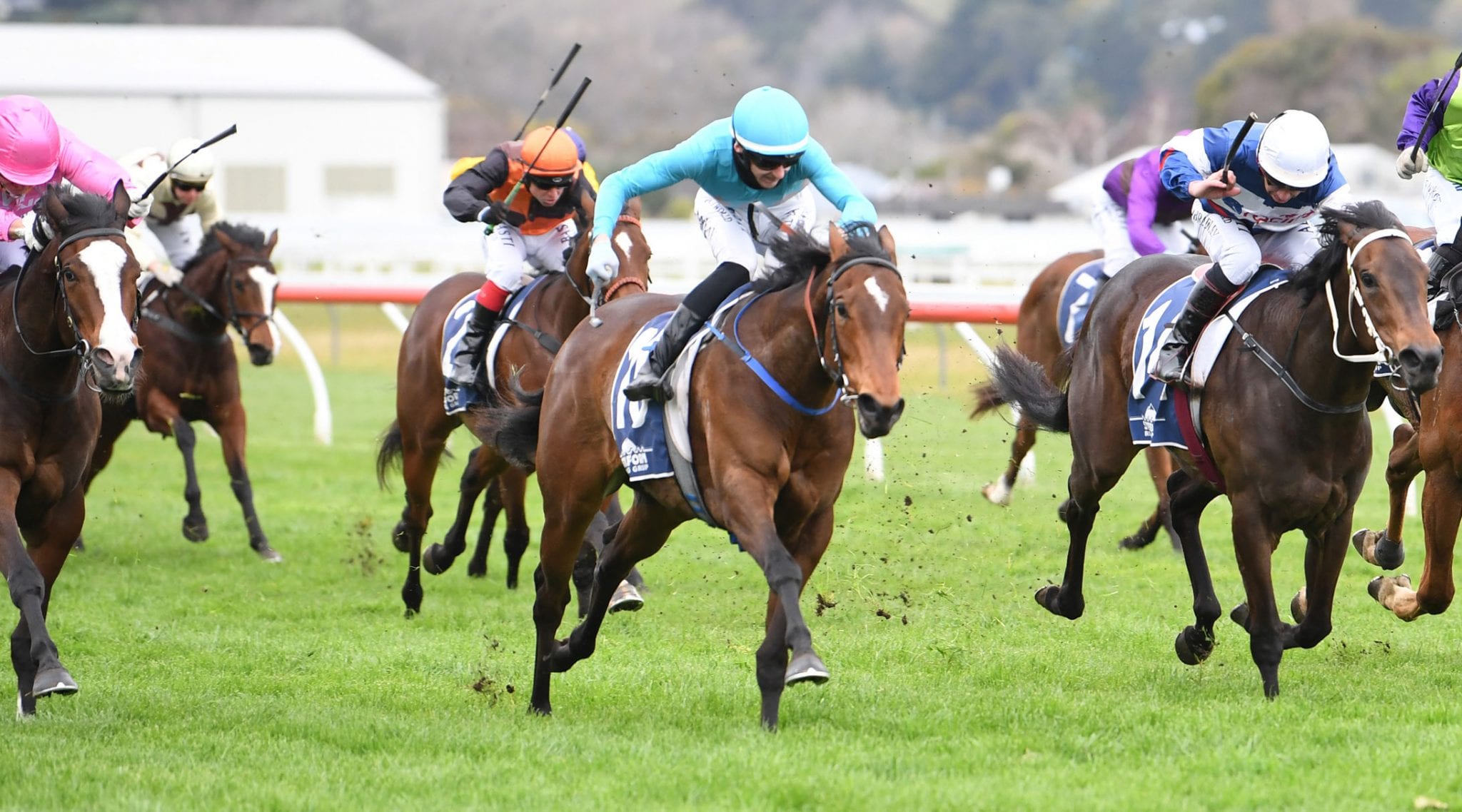 New Zealand trainer Clint Isdale was a bundle of nervous energy as he boarded a plane to Queensland on Friday.

The talented horseman will venture to Eagle Farm on Saturday as a part-owner of Group 1 Queensland Oaks (2200m) aspirant Only Words.

The daughter of Sweynesse began her career in New Zealand under Isdale’s care, winning twice from six starts, including the Listed Wanganui Guineas (1200m) before her majority sale to clients of new trainer Chris Waller.

Isdale and Novara Park’s Luigi Muollo, who leased the filly to the young trainer, were able to retain an interest in the filly and are now enjoying the lucrative Australian ride.

The three-year-old filly has continued to progress through the autumn in Australia, winning at Canterbury in April and adding a Listed placing in the Gold Coast Bracelet (1800m) two-starts back, before a strong win in the Group 2 The Roses (2000m) last start, the traditional launching pad to the Oaks.

“I’m very excited, it’s all a bit surreal,” Isdale said as he boarded a plane to Brisbane.

“I’m buzzing with excitement, not expecting anything but if it does happen it’d be great. I’m just hoping me being there isn’t going to jinx her.”

An Australian expat who had previously been the track work rider for Only Words’ sire Sweynesse, a Group One performer for Godolphin, Only Words has played a role in putting the young conditioner on the map, while the support of Muollo has also been crucial to helping Isdale and his partner Gemma Hewetson get their training business off the ground.

“Just from riding Sweynesse in track work, I rang up Luigi when I first arrived in New Zealand to see if I could go out and have a look at him at Novara Park,” Isdale recalled.

“I showed him a few photos from when I used to ride him and he asked if I was going to start training. When I said I was, Luigi said there’s a couple of Sweynesse yearlings here for you to lease if you’d like and she was the one that we took.

“We leased her and didn’t have a right of purchase and Luigi said to me after she won the Wanganui Guineas ‘how about if we can sell her we’ll go 50/50 in the in the sale of the horse?’.

“Of course, I agreed and within a week she was sold to Chris (Waller) and Star Thoroughbreds.

“I was able to stay in for 10 percent and the greatest thing to come out of it is I keep getting horses off Luigi.

“I didn’t really want to sell her, but he said to me horses go through fences and you know land and house values go up and you’d be silly not to. He said he’d always support me with horses and from that day he’s kept his word, so onward and upwards.

“Since her, we’ve had a couple that we think that have gone better including a Jakkalberry filly that we sold to the Freedman stable and we had another one trial well the other day, a three-quarter sister to Explosive Jack.

“We’ve had a pretty good ride. We had a horse called Chippewa Square before that which won first up at Mornington for Ciaron Maher and David Eustace and was then sold to Hong Kong. We’ve had a good and lucky relationship and long may it continue.”

Isdale got an early impression Only Words had good ability, comparing her favourably with stablemate Amor Fati, who was stakes placed on debut and finished fourth in a Group Two before running sixth in the Karaka Million.

“I had two horses at the same time, Only Words and Amor Fati and she always showed a lot more ability than Amor Fati but she hurt herself in the box, so we tipped her out,” Isdale said.

“She just always improved every time she went out and came back, she always took that next step and looking back now, her win in the Wanganui Guineas was massive when she had no cover.”

Isdale will make the most of his short break in Queensland, with his business set to grow upon his return to New Zealand.

“I’m looking forward to just getting away and refreshing because I got offered boxes by the Cambridge Jockey Club committee,” Isdale said.

“They offered me a barn over there so when I come back, the next thing is to get all of that set up and I’ll move over there. I think I’ll have 15 boxes over there. I’ll still float horses in and have paddocks for the older horses or anything that needs it.

“It’s just going to be a new direction for us. I’ll still live at Te Awamutu but just start a lot earlier over at Cambridge at 4am and between Gemma and myself and Clayton Chipperfield riding work we should get the 15 horses done in a couple hours and then head back home and get those older ones that we’re going to leave home in the paddocks and finish them off.”

Isdale said he is starting to get a lot more horses to race, in addition to the trade horses which have been the mainstay of getting the stable established, but he can’t imagine what it will be like to be on-course to see his filly contest the Oaks.

“It was it was a weird feeling watching her win her first race over there at Canterbury and then watching her win the Roses, it was just so just amazing, there’s no words to describe it. It’s just surreal. Anything else from here is a bonus.”