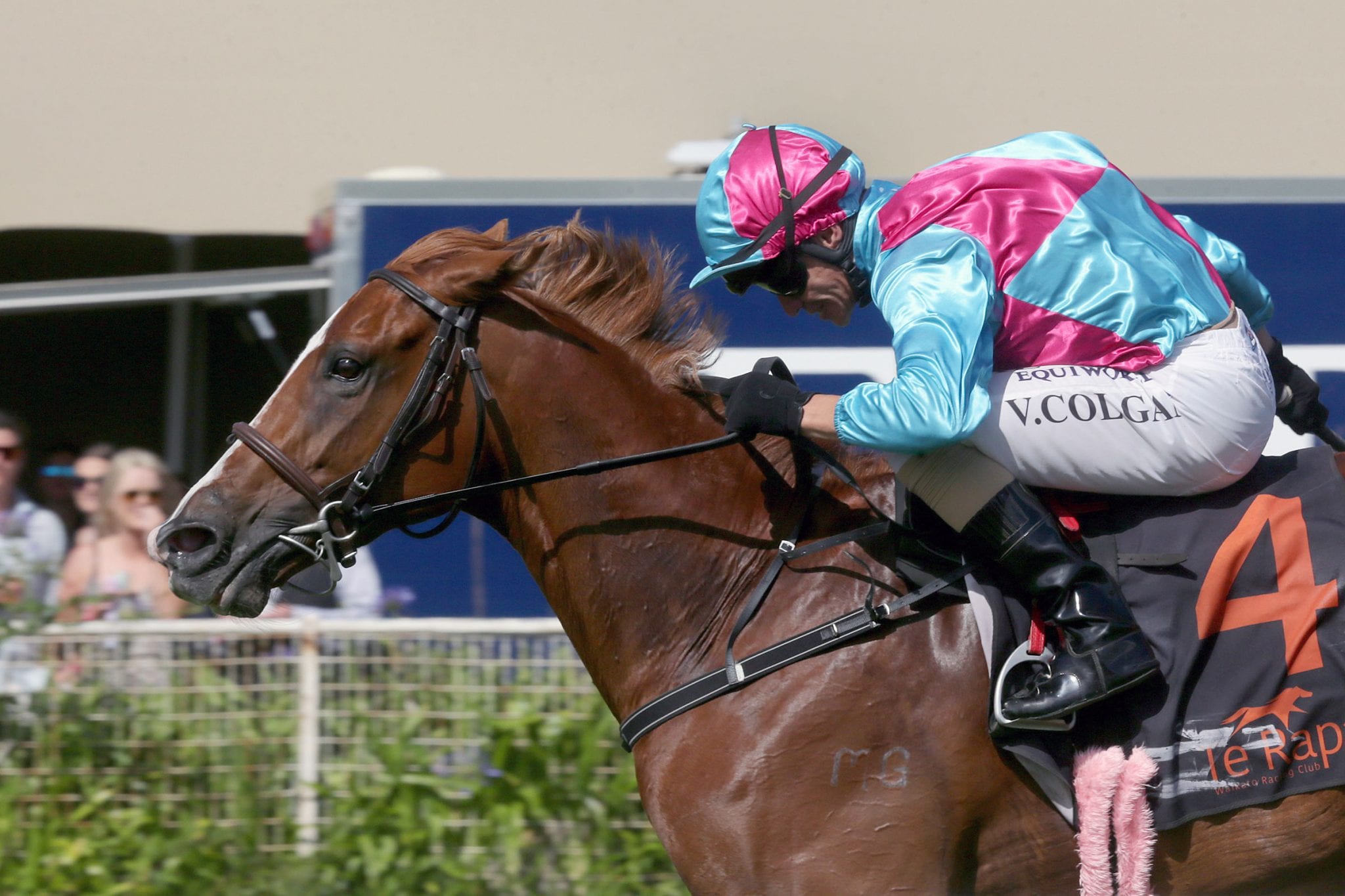 Underrated mare Showoroses made full use of an electric beginning from a wide barrier to lead her rivals a merry dance as she took out the feature race at Te Rapa on Saturday, the Group 2 Cal Isuzu Stakes (1600m).

The Showcasing four-year-old had put the writing on the wall that she was ready to take out a stakes race when finishing second to Media Sensation in the Group 2 Auckland Thoroughbred Breeders’ Stakes (1400m) at Pukekohe last month.

Although her chances looked to have been dented when she drew the outside barrier (14) on Saturday, rider Vinnie Colgan used all of his big race experience to control the pace-making duties after easily finding the front from the start.

Allowed to dictate the tempo, Colgan had Showoroses trucking entering the home straight before pinching a two-length advantage shortly after. Despite being chased gamely by race favourite Supera and third placegetter Supreme Heights, Showoroses never looked like flinching as she held on bravely to take the win for her well-known owner and breeder, Peter Walker and his wife Sherin.

Trainer Joanne Surgenor was taking some deep breaths to help calm herself as she waited for her charge to return to the Te Rapa birdcage. “That was unbelievable and an excellent ride from Vinnie,” she said. “We had talked about it before the race and we felt the only way to win was to go forward and lead.

“I have so many people to thank including everyone who has helped me out over the last two months. “It’s been hard work but we’re here and we’ve won a Group 2 so thank you everybody. “She has a really good turn of foot and needs to get in front, not be held up and has a kick to go. “It was huge run last start after being held up and then flying home for second. “She improved off that so here we are.”

Surgenor is eying the Group 2 Rich Hill Mile (1600m) at Ellerslie on January 1 as her next target. “I think we’ll go to the Rich Hill Mile next,” she said. “This is the first time she has gone well at Te Rapa so I was a bit nervous but as long as she pulls up well then Ellerslie will be next.”

Showoroses is a daughter of the Walker’s well-performed racemare Rodrigo Rose who won twice at stakes level and also finished runner-up in the 2004 Group 1 Easter Handicap (1600m) while she also finished third in the 2003 Group 1 New Zealand Thoroughbred Breeders’ Stakes (1600m).