Surgenor comes up roses at Ellerslie 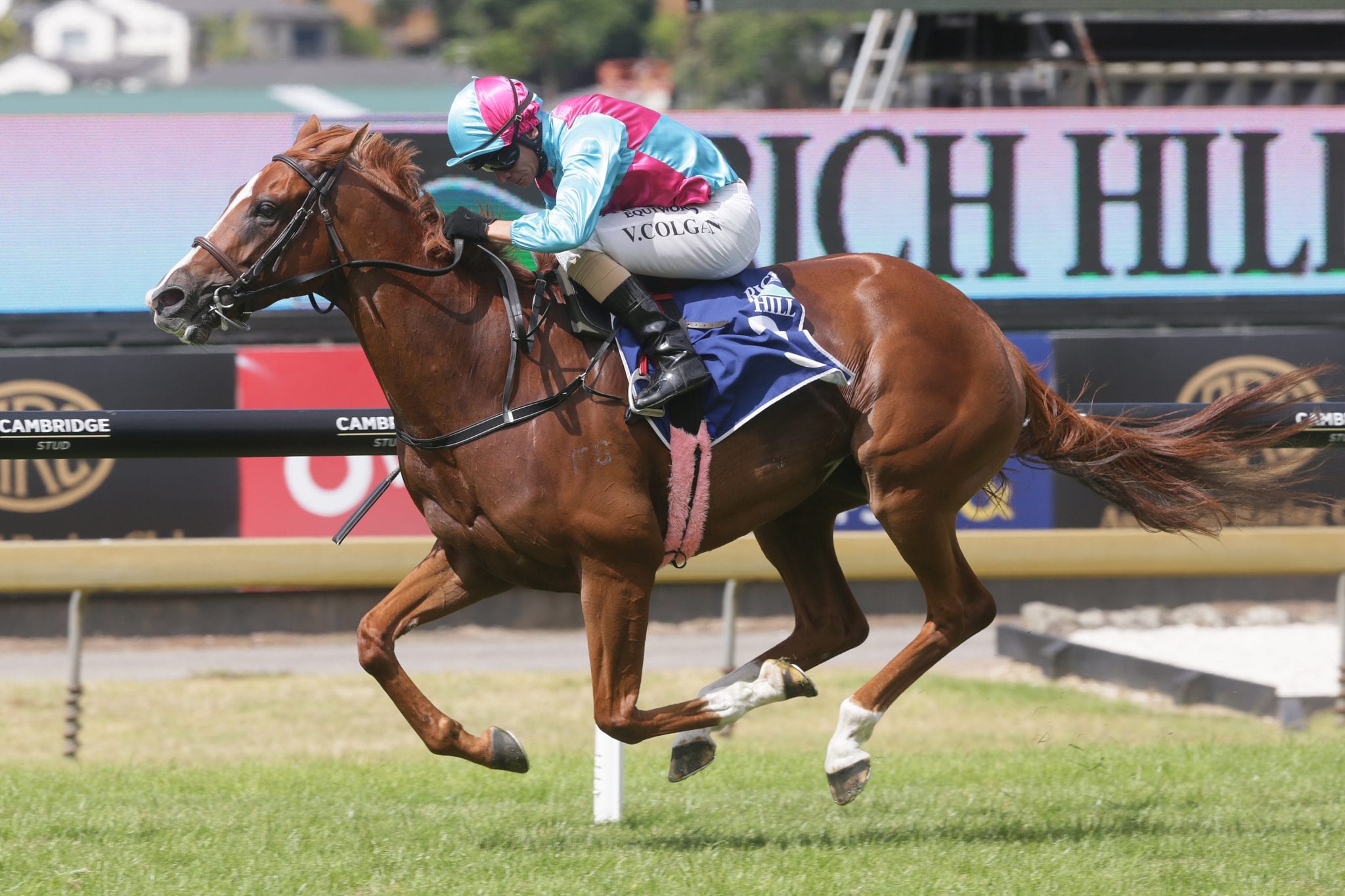 A wide draw and a step up in class couldn’t hold down underrated mare Showoroses as she led from go to whoa to take out the Group 2 Rich Hill Mile (1600m) at Ellerslie. The Joanne Surgenor-trained four-year-old had employed similar tactics against her own sex when taking out the Group 2 Cal Isuzu Stakes (1600m) at Te Rapa last month.

Friday’s contest pitted her against the best of the boys as well, with rider Vinnie Colgan once again seizing the initiative after Showoroses worked her way to the lead inside the opening 300m.

Colgan let his charge bowl along without a care in the world before applying the pressure from the 600m. Asked for a serious effort in the straight, Showoroses established a winning break before clinging gamely to her lead to score by a length from Demonetization with New Plymouth visitor Coventina Bay a nose back in third.

Surgenor was bubbling with excitement as she described her feelings watching the race unfold. “She is just a wee star,” she said. “She got to the front, travelled and then kicked away. I was a little concerned that Amarula may have gone to the front, but he didn’t get there so it worked out perfectly for us.

“This has been one of my dream races to win, as I’ve had a couple in before and never won it, so this is just amazing. “Her last win was a Group 2, the biggest of my career and now she has made it two in a row so how good is that!”

Bred and raced by former Auckland Racing Club Director Peter Walker and his wife Sherin, Showoroses is fashioning an enviable record at Ellerslie having won twice and been placed another three times from just seven starts at the venue.

Colgan was confident he had the race under control when the mare was simply cruising on the home bend. “I got a lovely lead and went at my own tempo,” he said. “She really picked up at the turn and I knew I had them in trouble then. “I hadn’t expected to get the lead like that, so I was lucky they all took a hold and let her do her thing.”

Surgenor advised Showoroses would now be set for an attempt at a Group 1 double with a start in the Group 1 BCD Group Sprint (1400m) at Te Rapa on February 13 her next target followed by the Group 1 Fiber Fresh New Zealand Thoroughbred Breeders’ Stakes (1600m) at Te Aroha on April 10.