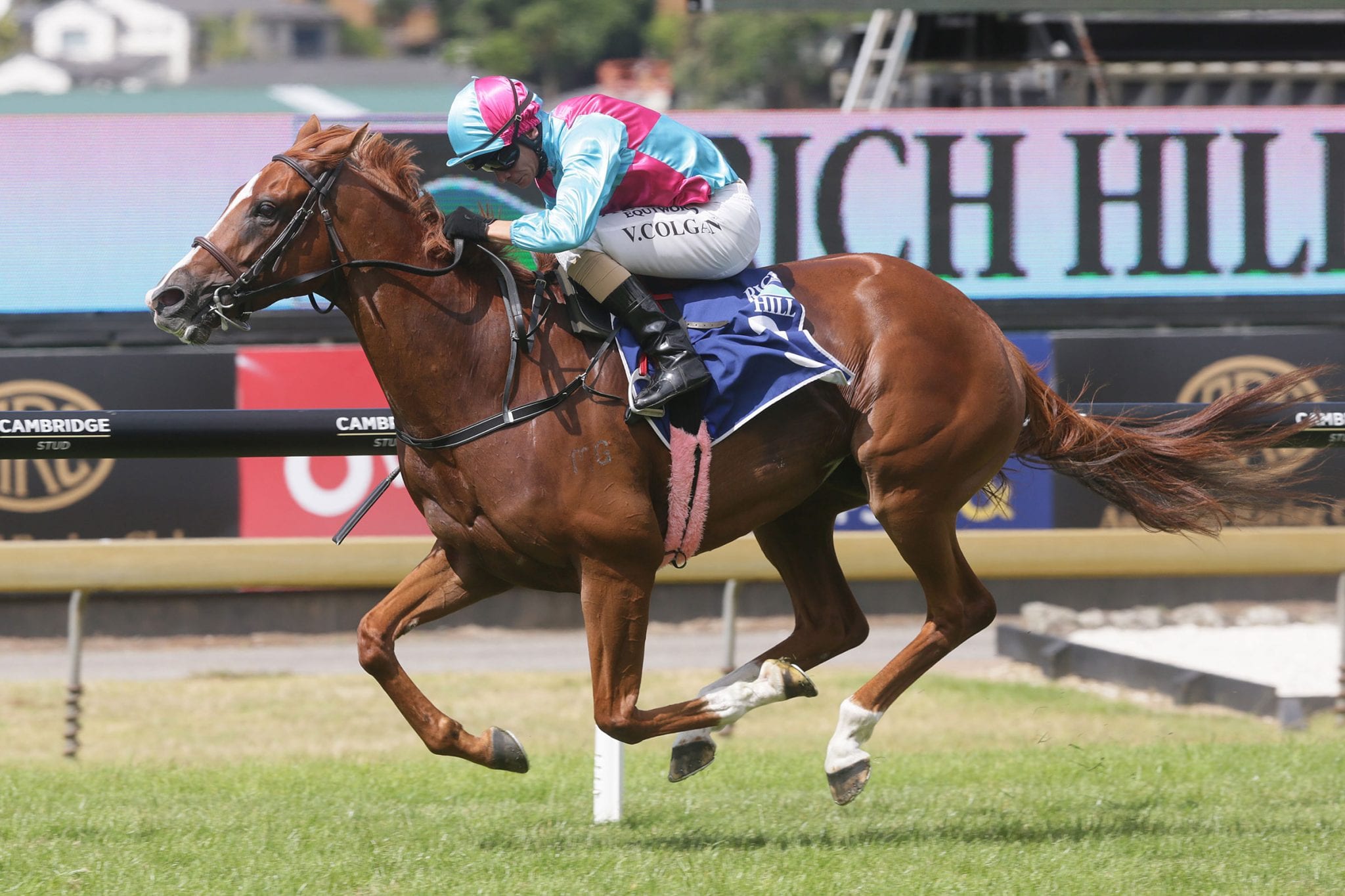 Classy mare Showoroses will be back at Ellerslie on January 23 where she will contest the Group 2 Westbury Classic (1400m) on Karaka Million night. The Joanne Surgenor-trained four-year-old made it back-to-back Group 2 victories after leading throughout to land the Rich Hill Mile (1600m) at the Auckland venue on New Year Day, having adopted similar tactics against her own sex when taking out the Group 2 Cal Isuzu Stakes (1600m) at Te Rapa last month.

The Ellerslie assignment is a precursor to the Group 1 BCD Group Sprint (1400m) at Te Rapa on February 13 while the Group 1 Fiber Fresh New Zealand Thoroughbred Breeders’ Stakes (1600m) at Te Aroha on April 10 is also potentially on the radar.

“It is just too long between runs, she gets too fresh and we thought we might as well go to the Westbury Classic and take it one step at a time,” Surgenor said.

Things have fallen into place for the daughter of Showcasing, who finished runner-up in the Group 2 Auckland Thoroughbred Breeders’ Stakes (1400m) prior to her successive victories, after a campaign that got off to a rocky start.

“Fresh-up she pulled a muscle in her rump after jumping out of the gates and pulled up a little lame and had to have a small break. Then at her next start at Pukekohe the gates didn’t fully open and she was declared a non-runner,” Surgenor said.

“She went into the Auckland Thoroughbred Breeders’ Stakes really under-rated and I think she has enjoyed jumping from the wider gates at her past two runs. She has got clear air and she is really fast out of the gates.

“She is just improving all of the time and I am quite happy to be drawn a bit wider. She is able to cross over nicely using her speed and has plenty in the tank to finish off. They also haven’t seemed to take her on for some unknown reason.”

Surgenor, who trains from Peter and Sherin Walker’s Ardmore Lodge, has four horses in work at present.

“We actually had to make the sad choice of weaning Showoroses early because we had to put Rodrigo Rose down as she was suffering from cancer,” Surgenor said. “She was a really good mare and it was heartbreaking for everybody here but it is nice to see her legacy continue.

“Generally training four or five horses has been about my maximum. We have also moved on a few horses as we have been looking for progressive horses rather than horses that are messing around in maidens.”

The experienced horsewoman was delighted to land successive Group 2 victories for the Walkers, with Peter having suffered a stroke last year, but he is making good progress and was on-course for the pair of wins. “He actually spoke in the winners circle the other day, which was fantastic and he is getting better and better all of the time,” Surgenor said.

The well-travelled Surgenor, who is fluent in Japanese after a decade long stint working with horses in Japan, has worked for trucking magnate Peter Walker for the past 13 years, having previously worked for Hall Of Fame trainer Collin Jillings.

“I rode most of Peter’s horses at Collin Jillings’ anyhow and then I had my own pre-training business and breaking business and he said ‘why don’t you come and work for me and train?’ It was a great opportunity that I couldn’t turn down and I love what I do.”

Surgenor would love nothing more than to land a Group 1 with Showoroses. “It would be the icing on the cake. You work this long and this hard and it is not an easy job doing what we do. It can be deflating, it can be overwhelming and then it can be amazing. Every day is different,” she said.

“To get a Group 1 would be the pinnacle. It is what we do it for, to have a fantastic horse that you send to the races and compete at top level and be a winner. That’s the dream.”

Surgenor, whose CV also boasts a stint with legendary English trainer Sir Henry Cecil, is aware that Walker’s health woes could change her current direction, where she has largely been a private trainer.

“Racing is looking a little bit brighter going forward, so I might take on more outside horses, we will just see,” she said. “It is in the ‘I don’t know’ category right now, but I love the horses and I love the racing and doing what I am doing.”