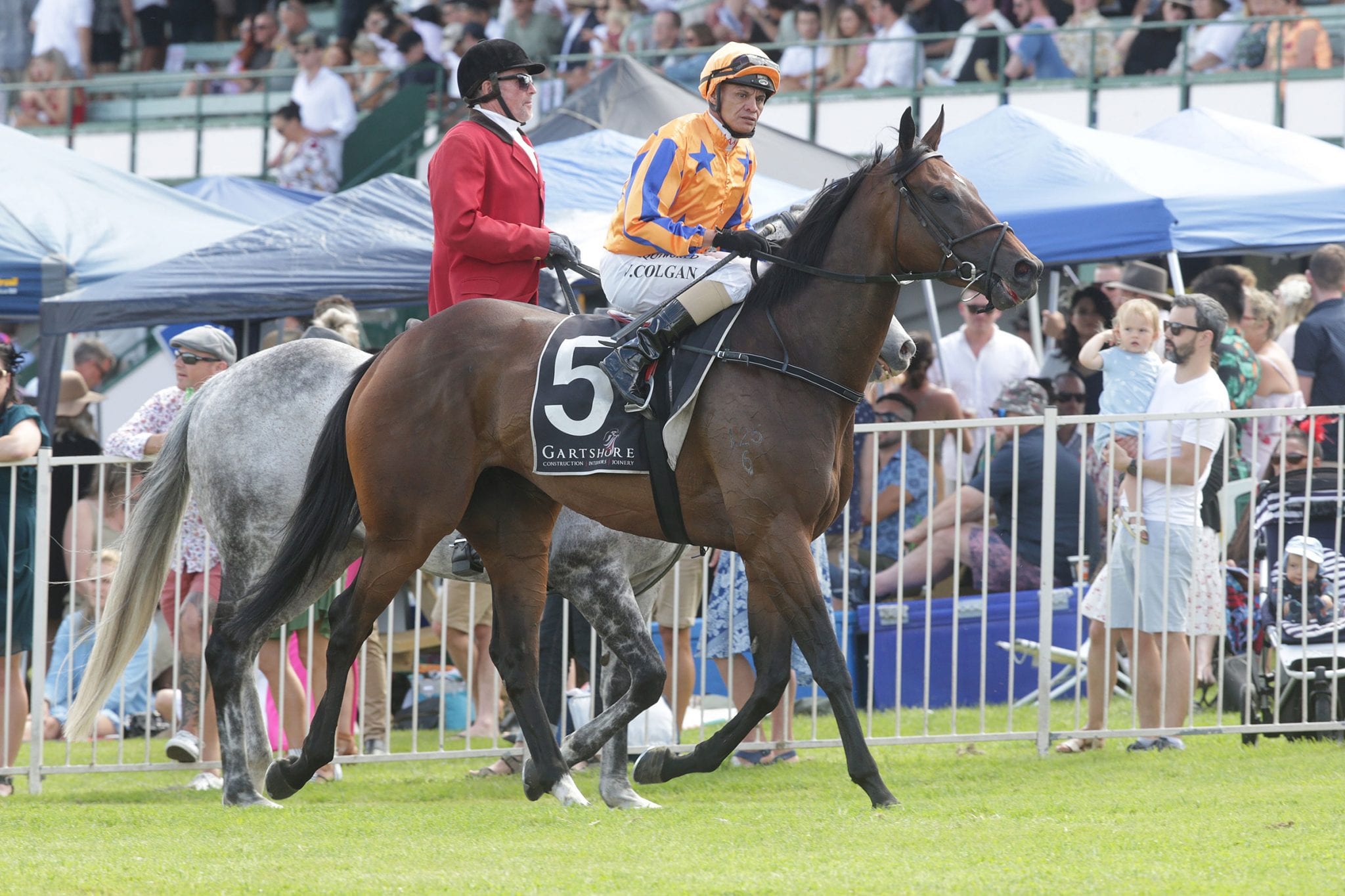 Six months after undergoing surgery to correct a painful issue with his neck, jockey Vinnie Colgan is back and firing on all cylinders. Established as one of New Zealand’s leading riders in a career that spans three decades, Colgan was close to giving the game away at the start of the year as he battled with the debilitating effects of the neck problem.

“I broke my neck just over ten years ago and I’ve had issues with it ever since,” Colgan said. “The pain I was in made riding very tough as when you were on a horse it was difficult to lift your head up to see what was unfolding in front of you without getting a searing jolt each time. “It got to the stage where I wanted to give the game away as it was just getting too hard to battle through it.

“I’d been to so many specialists and physiotherapists and no one seemed to be able to diagnose what was causing the problems. “They finally found the issue and it required surgery so I went under the knife in May. “The surgery went really well and I haven’t had pain since. Waking up that next day after the operation and not having that nagging pain was just the most amazing feeling.”

Colgan is thankful that he was able to rest and recuperate under his own timetable due to racing being put on hold for several months due to the COVID-19 pandemic and slowly worked his way back to full fitness. He was back in the saddle towards the end of October and Saturday’s winning treble has him hungry for more success.

Colgan took out the feature event at Tauranga, the Gartshore Tauranga Stakes (1600m) aboard the Roger James and Robert Wellwood-trained Concert Hall, along with collecting wins on the Jamie Richards-trained Festivity for Te Akau Racing and Red Hussar for trainers Graham Richardson and Rogan Norvall.

“After the surgery, the doctors said to me to take it easy to let the bone grafts I had to settle in and strengthen up,” Colgan said. “I didn’t miss that much racing but now I’m back, I’m into it full on.

“It was great to win three on Saturday and even more satisfying to do it on horses for David Ellis (Festivity), who I rode a lot for when I was an apprentice and Roger James. “They both helped shape my career so I’m thankful to them both. “I’ve been doing a lot of work at Roger’s over the past couple of months and they have a really nice team at the moment so I was pleased to be able to win on Concert Hall for the stable and for owner Joan Egan.

“Festivity looks like a promising type as well and has the scope to go over more ground given the way she finished off. “I actually thought David (Ellis) was pulling my leg when he told me he wanted her ridden back after she had run on the speed in her first few starts but she really powered home and that will have taught her plenty for the future.”

While he picked up the trio of wins it could have been even better for Colgan as he was first past the post in the second race aboard the Richardson and Norvall-trained Devotioninmotion but lost the victory in the enquiry room. “I didn’t think I was going to lose that one as my horse was headed and fought back,” he said.

“They definitely made contact at the 250m but in the last 100m we were apart and my horse ground it out to win. “To get it taken off you was quite disappointing but she will definitely have her turn in the future.”