Shorts Hope A Catalyst By Name And Nature 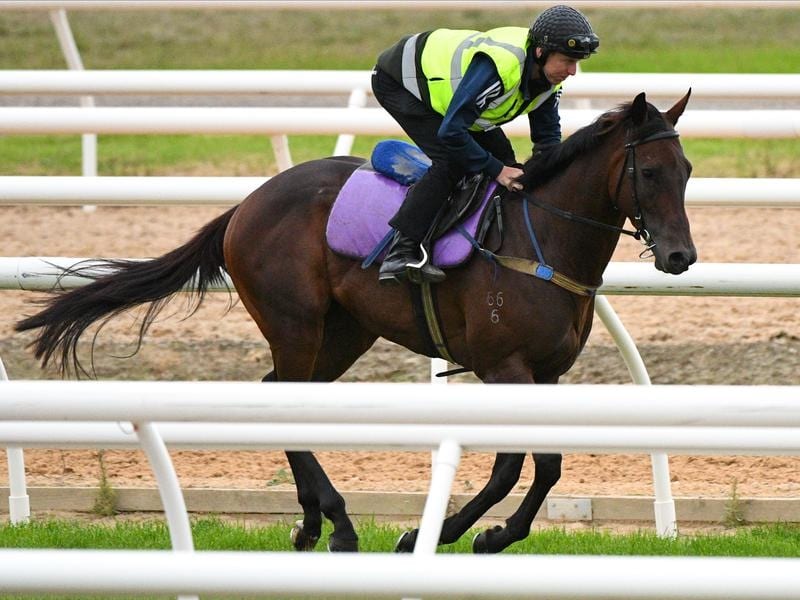 Having run a successful breaking and pre-training business while saddling the odd thoroughbred on the side, Chipperfield decided it was time to try his hand as a fully fledged racehorse trainer.

“I’ve had a trainers’ licence for four or five years but in March last year we decided to try to fill the stable up with racing (stock) rather than breaking and pre-training,” Chipperfield said.

For somebody who already had an established business, the move was risky.

But Chipperfield backed himself and as luck would have it, one of the first horses to arrive was a handsome two-year-old son of Darci Brahma.

The horse was Catalyst and he gave Chipperfield a dream start to his training career winning six of his first seven starts, including the Group One New Zealand 2000 Guineas.

Earning a trip to Australia, Catalyst was just beaten by Alligator Blood in the C S Hayes Stakes in February then pulled up sore after missing a place in the Australian Guineas.

At Randwick on Saturday, Catalyst will give Chipperfield another milestone when he becomes his first Sydney runner in the Group Two The Shorts (1100m).

“The best horse in New Zealand came off the first truck that arrived at my place,” Chipperfield said.

“He’s been my first of just about everything. It’s only my second full year training.

“We got very lucky, very early.”

While luck has played its part, Chipperfield has also put in the hard yards.

Working in the industry for three decades, he has learned from some of the world’s eminent horseman in America, Japan and New Zealand.

However, Catalyst has been a unique challenge this season with Chipperfield unable to accompany him to Australia due to the covid-19 pandemic.

Training remotely has been a difficult adjustment but Chipperfield has been in constant contact with Catalyst’s Sydney team, led by trainer Tony Pike’s travelling foreman Chris McNab and trackwork rider Matthew Ward.

“I’m pretty hands-on and not being able to touch him or do anything with him is pretty frustrating. But it is what it is and I’m not the only one in this situation,” Chipperfield said.

“The comments we’re getting from Chris and Matthew is he’s ready to put his best foot forward so it’s up to the horse now.”

Along with Saturday’s rivals Bivouac, Eduardo, Standout and Splintex, Catalyst will head to The Shorts vying to showcase his Everest claims.

If he can earn his spot with a victory at Randwick, he will go straight into the world’s richest race on turf.

If he doesn’t, the $7.5 million Golden Eagle awaits.

Either way, horse and trainer will continue their incredible journey into the Sydney spring.