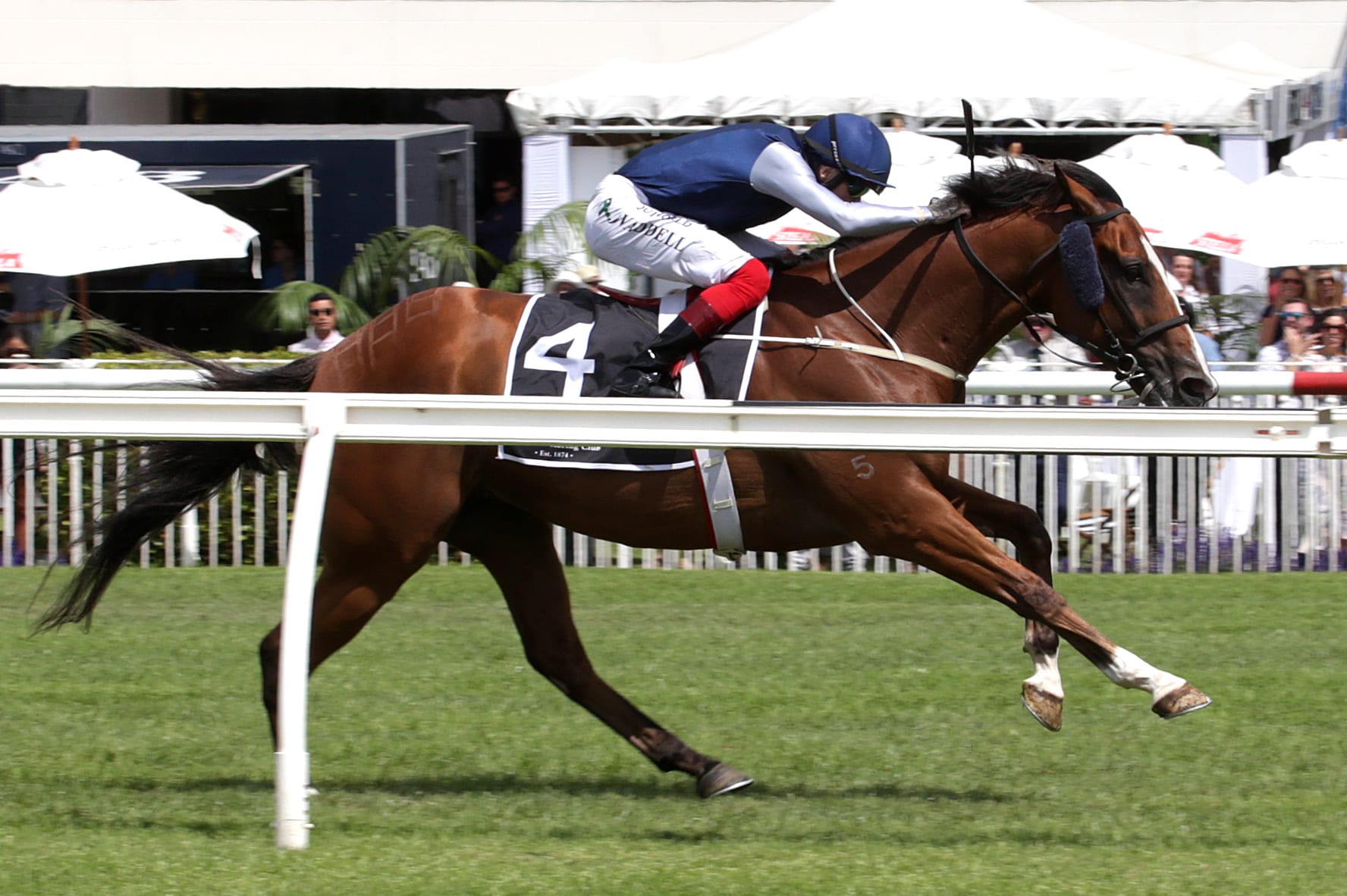 Trainer Lauren Brennan went outside her comfort zone on Saturday but reaped the rewards of the bold decision when Packing Rockstar gave a polished display to score impressively over 1400m at Ellerslie.

The statuesque former Hong Kong galloper had excelled when winning comfortably over the same distance at the venue a week earlier however Brennan was loathe to line him up again in such a short space of time. “We went way out of our comfort zone in starting him on Saturday as we don’t usually do that,” Brennan said.

“He’s a huge horse and when you look at him in the flesh, he is just a tank, so that’s why we backed him up as we knew he could handle it. “Leading up to the race he was just so well in himself so we had to have a crack. “We were a little bit worried when he played up in the gates and missed the break a little while he also tended to over-race in the middle stages but Jason (Waddell) managed to get him in a beautiful position coming to the turn and from there it was pretty much all over.”

The Fastnet Rock four-year-old exploded clear to win by nearly two lengths for Brennan, who part owns the gelding with her husband Mickey and Hong Kong-based racing identity Patrick Lee under their Monacurragh Lodge banner.

It was the Brennans’ association with Lee and local bloodstock agent Gary Carvell that saw the horse enter their stable after having just the one start in Hong Kong. “We work a lot with Gary Carvell and he got him back for us from Hong Kong as he was a horse the Lees’ owned up there,” Brennan said.

“They had bought a Group horse and had to swap one out and it was this guy they chose. “We have had a long association with Patrick Lee as we had a horse called Speedy Grey in New Zealand for him. “He went up to Hong Kong where they changed his name to Fifty Fifty and he did very well winning four races including a Group 3.”

With a preference for dry tracks Packing Rockstar is coming to the end of his current campaign although Brennan is excited by his prospects as a five-year-old next season. “He didn’t handle a soft track at Matamata at all so I don’t think there are many options left for him this time in,” she said.

“He might have one more if the tracks stay dry or we will put him away for next season. “I think when he fully strengthens he will eat up a mile, so there will be a number of good races for him once we have taken him through the grades.”

Although she has a small team in operation from her Cambridge base Brennan has several good prospects coming through over the next few months with quality open class sprinter Magnum set to run in the Listed Flying Handicap (1400m) at Awapuni later this month while talented galloper English Gambler has returned to the stable after a fruitless Australian foray and will be to the fore once the tracks soften.