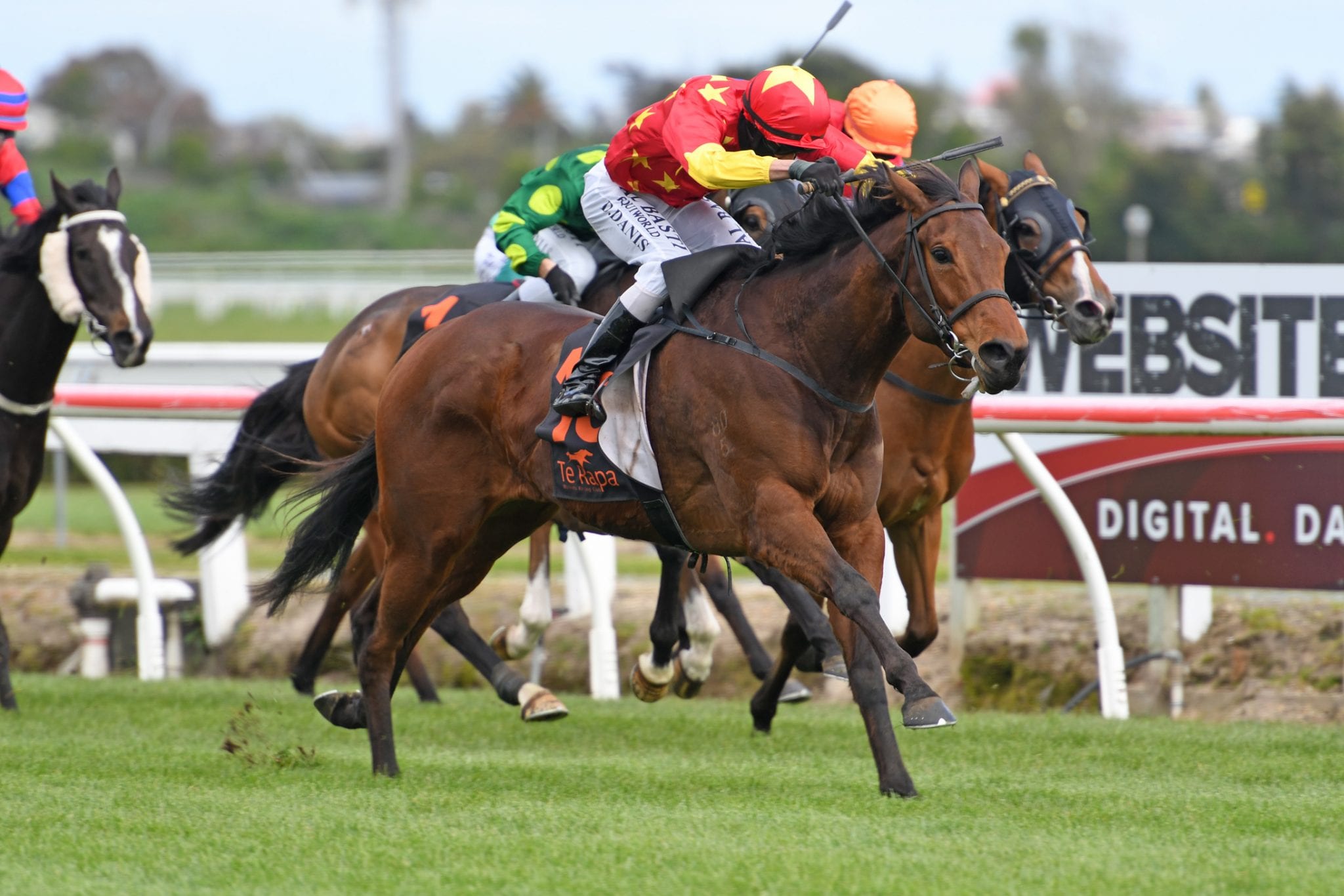 Group 3 features at Te Rapa on Saturday could be the starting point of a special summer for Lauren Brennan. The Cambridge trainer has strong contenders for both the Group 3 Skycity Hamilton Waikato Cup (2400m) and Group 3 J Swap Sprint (1400m), while proven Group 1 performer Vadavar is right on target for the Group 1 Zabeel Classic (2000m) at Ellerslie two weeks later.

Brennan also has the talented Sword Of War, a full-brother to this month’s Group 1 hero Rock On Wood, nominated for the Group 1 New Zealand Derby (2400m) at Ellerslie on March 6. But first, Masetto and Grand Bouquet will carry Brennan’s hopes in Saturday’s Waikato Cup, while Vigor Winner and Packing Rockstar have been assigned the 53kg minimum weight for the J Swap Sprint.

Masetto ran a big race for second in last year’s Waikato Cup for Matamata trainers Michael Moroney and Pam Gerard. The Cape Blanco gelding joined Brennan’s stable this spring, and in his first start from his new quarters, finished seventh over 1600m at Te Rapa on November 7. He was an eight-length trial winner at Te Aroha at the beginning of this month.

“The Olsens (owner-breeders) came to us out of the blue this spring and offered him to us to train – they thought a smaller stable environment might suit the horse a little better,” Brennan said. “He had pretty good form for Pam and Mike, placing in this race last year, so we’re very happy to have him. “We were going to run him in an open 2100m race at Ellerslie, but we decided to give him a trial instead and then go straight into the Waikato Cup. He ran so well in this race last year, so we wanted to target it again. “He’s new to the stable and we’re still learning about him, but it’s so far, so good. He’s training well. Vinnie Colgan will ride him a half-kilo over at 54.5 on Saturday, but we don’t mind that. It’s an advantage to have a jockey like him in the saddle.”

Grand Bouquet, by Savabeel out of the multiple Group 1 winner Daffodil, was a $600,000 yearling purchase at Karaka by the China Horse Club. She won four races in Australia, and finished close up in the Listed Gold Coast Bracelet (1800m) and Group 1 Queensland Derby (2400m), but her form tailed off into her four-year-old season.

After kicking off her New Zealand career in July, Grand Bouquet has been a big improver in recent months. She scored a dominant win at Te Rapa in September, then two starts later, produced a powerful finish for third in the Group 3 Counties Cup (2100m). “She ran a super race in the Counties Cup, we were really happy with that,” Brennan said. “She has a sharp turn of foot when races are run to suit. We’ll probably sit back again this weekend, and hopefully there’ll be a strong enough pace for her to produce that big sprint again at the end.”

Vigor Winner was a last-start fourth placegetter in the Group 2 Coupland’s Bakeries Mile (1600m) at Riccarton. His presence in Saturday’s J Swap Sprint is something of a surprise – even to Brennan. “He’s come back from Christchurch so well,” Brennan said.

“We weren’t really planning to run him so soon after that trip, but he’s just been bouncing around the stable and training really well. We’ve been super happy with his gallops. “I think dropping back to 1400m this weekend is going to really suit him, but it’s a bit of a worry that he’s drawn gate one. He can be a little bit field-shy. Hopefully he can jump well and take up a forward position, without having too many other horses around him.”

The lightly raced Packing Rockstar was an eye-catching fourth in an open sprint at Ellerslie last weekend. “That was a very good run,” Brennan said. “It’s a little bit unfortunate that he couldn’t win. He just got a bit too far back, and also over-raced. “We wouldn’t have a problem with a one-week back-up – he showed that he can do that when he won twice during the Auckland Cup carnival earlier this year. But the draw isn’t ideal for him either, and we’ve also had some trouble finding a jockey. There’s another suitable race at Te Rapa next Saturday, so we could save him for that if this weekend isn’t meant to be. We’ll play it by ear.”

Meanwhile, Brennan has been pleased with Vadavar’s progress since his fast-finishing fifth in the Group 3 Eagle Technology Stakes (1600m) on November 28. In his previous two starts, the son of Redoute’s Choice had finished third in the Group 1 Livamol Classic (2040m) and Group 3 Jarden Stakes (2000m).

“We’ve been really happy with him,” Brennan said. “We’ll just keep him ticking along nicely until the Zabeel Classic. “He has a few knee issues that he came over from France with, so that’s something we’ve always got to keep a close eye on. But everything seems really good with him at the moment, and we feel like he’s going to be a really good chance in the Zabeel Classic.”

Rock On Wood’s little brother Sword Of War finished third in an Avondale trial on Tuesday. “It was a big improvement from his previous trial at Taupo, where he ran off and had to be pulled up,” Brennan said. “Whether that was an issue with running left-handed, we’re not sure yet. But he trialled very well at Avondale, which was great to see.

“We’ll probably find another trial somewhere before he’s ready for his first race. He definitely gallops well, and Ryan (Elliot, jockey) says he’s a similar type of horse to his brother. It’s taking a little bit longer than it does for some horses, but once the penny does finally drop, he might be an exciting horse.”