Brennan beaming to be back 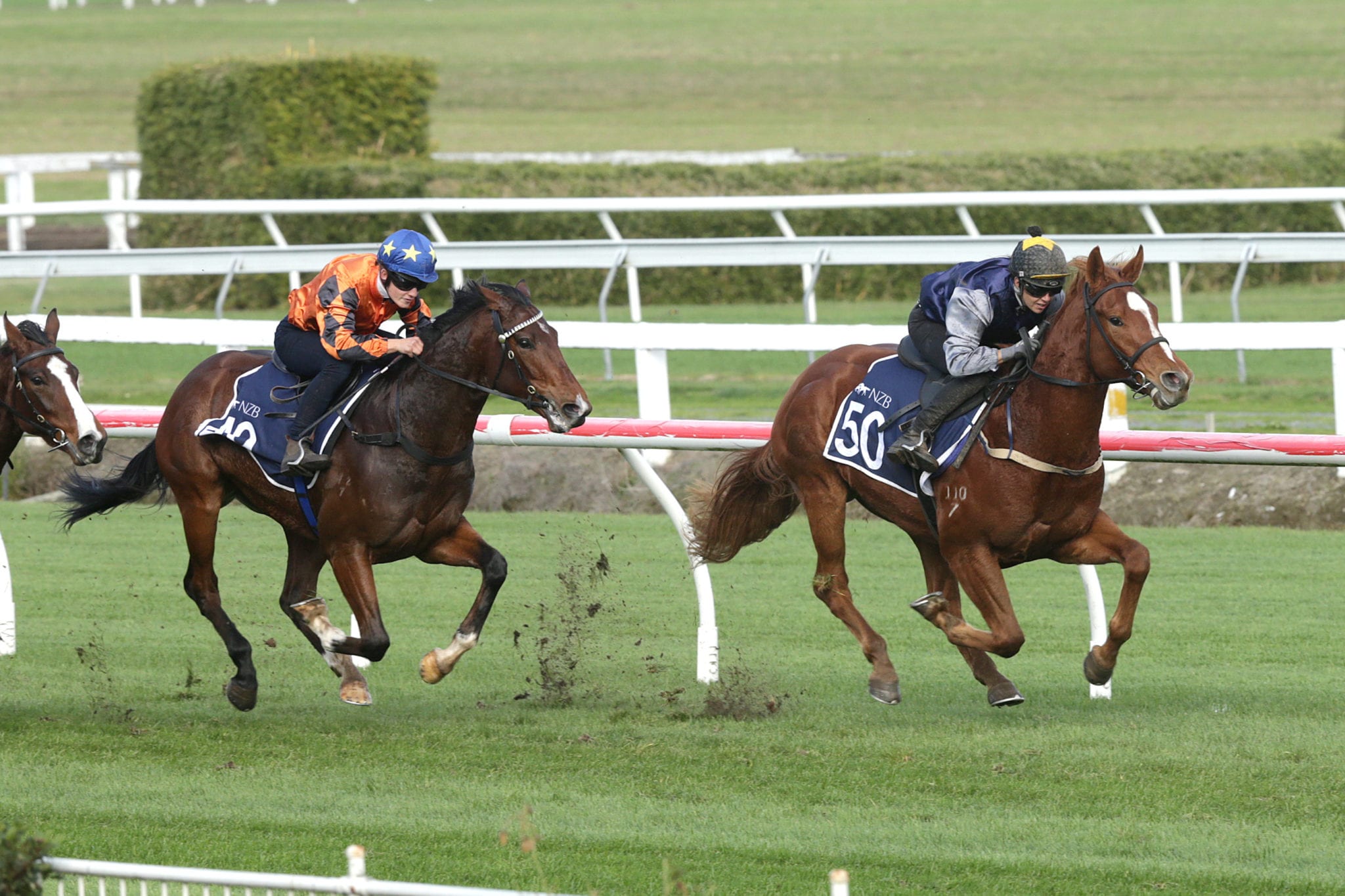 Brennan was pleased with their performances and said both horses were on the market. “I am really happy with them,” she said. “We were hoping those two were going to perform, as we think quite a bit of them, and the track didn’t come out too bad. “We were in those early heats where it didn’t affect them too much. As the day went on I think the track may have been a bit more challenging. “They may race here if they don’t sell, but they are for sale.”

Brennan’s two-year-old Darci Brahma gelding finished fourth in his heat and he may head to the spelling paddock. “He just needs a bit more time,” she said. “He might go out for a bit of a break and come back when the tracks are a bit better.” Brennan said she appreciated the quieter time over the COVID-19 enforced lockdown period and she is now eager to get back to the races with a quality team. “We have got 10 acres here at home, so we had a few horses spelling and had about half a dozen to tick along at our track,” she said. “We had a routine to make the days not seem so long. Like everyone else we had jobs to do that we didn’t have time for before.”

Brennan welcomed back Group 3 winner Vigor Winner to the stable a fortnight ago and said he would likely make a return to the spring carnival at Hastings. “We will just get him ready for the spring and we will probably head to Hawke’s Bay again,” she said. “He has been off since Karaka Million night, so he has had a good break, which he needed.”

Brennan was pleased with his spring preparation last year, which culminated in a runner-up result in the Group 2 Coupland’s Bakeries Mile (1600m), and she is excited about his prospects heading into the new season. “He was so unlucky not to pull it off in the Coupland’s, but he tried so hard and was beaten by a really good horse (True Enough). It was a huge performance. “He has come back a lot stronger this time, so it will be interesting to see how he goes.”

Brennan is also looking forward to the return of Packing Rockstar, who has won three of his five starts, stakes winner Magnum, and Group 3 performer Aim Smart. “Packing Rockstar is coming back in towards the end of the month,” she said. “He doesn’t like wet tracks, so we have got plenty of time to get him ready for the summer. “Magnum will also come back later this month, while Aim Smart is out spelling and I am not sure when he is coming back into work.

“He was very unlucky in the Rich Hill Mile (Group 2, 1600m). He possibly could have won it, or finished second at least, he just got a bit of bad luck in the running. “It was still a top effort to place in a Group 3 (Eagle Technology Stakes, 1600m). “He is a difficult horse to have around, but when he performs it is worth it.”

With a promising young stable and some quality older horses, Brennan has plenty to look forward to next season. “I am very happy with what we have got,” she said. “Hopefully we can sort out a programme when it finally comes out.”