Marton Cup next for Grand Bouquet 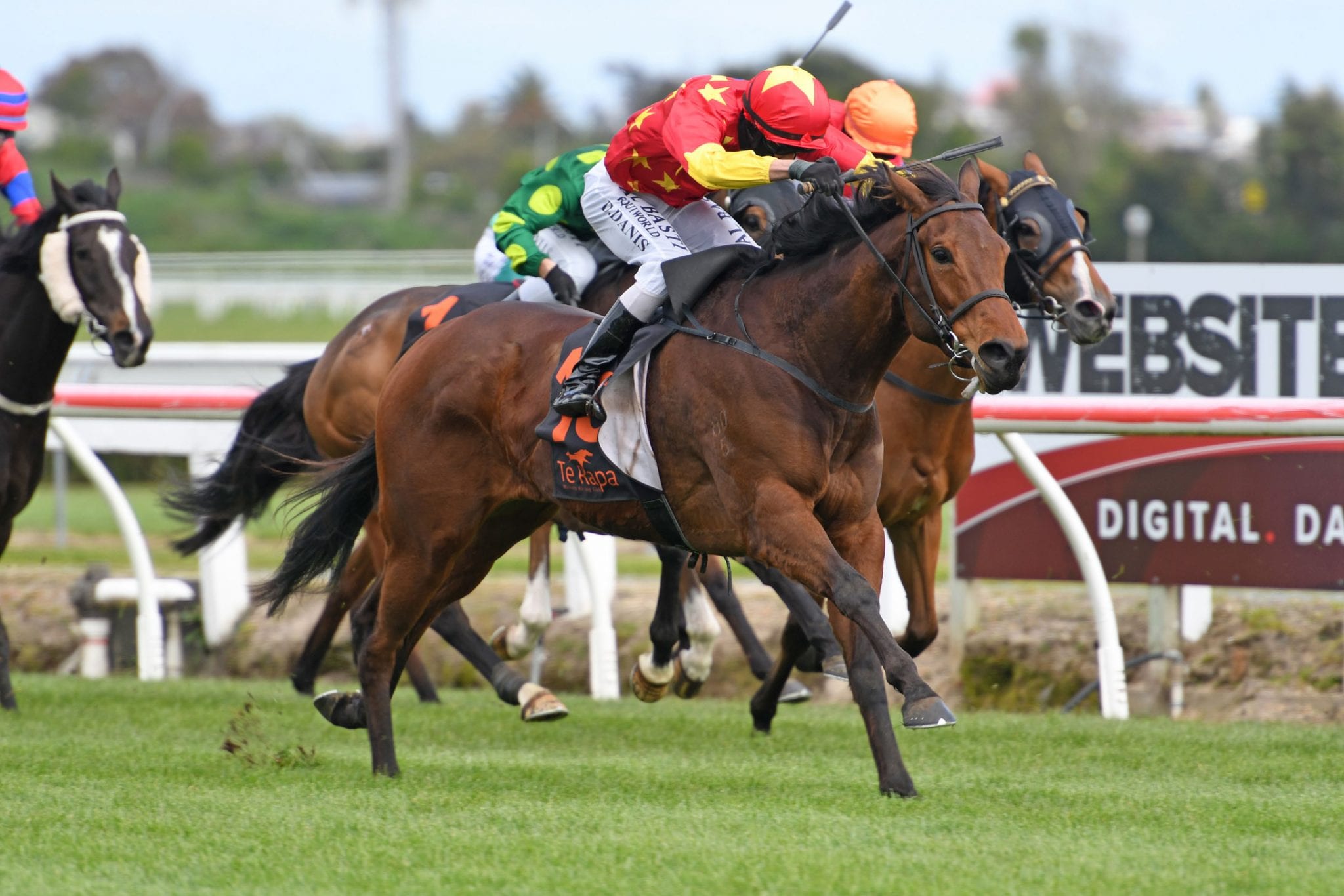 “She was a little bit disappointing really and that’s why she didn’t go ahead to the City Of Auckland Cup (Group 3, 2400m, at Ellerslie on New Year’s Day),” Brennan said.

“In hindsight, the way the City Of Auckland Cup panned out the other day, it would have suited her with the pace on out in front.

“But we decided we’d step her back in stakes and head for the Marton Cup and see how she goes in that. If she runs well, she’ll probably run in the Wellington Cup.”

Grand Bouquet will carry the 53kg minimum on Saturday, thanks to the presence of last week’s Taupo Cup (2000m) winner Beauden, who is looking for back-to-back wins in the Marton Jockey Club feature.

“She hasn’t run since the Waikato Cup but we have designed it that way because she was fresh going into the Counties Cup and ran well,” Brennan said.

Brennan and her husband Michael share in the ownership of Grand Bouquet with the China Horse Club, which bought her as a yearling at Karaka for $600,000 before sending her to New South Wales trainer Kris Lees.

She raced 12 times in Australia for four wins and finished seventh in the Group 1 Queensland Derby (2400m) of her year before she was sent back to New Zealand in search of black-type performances to enhance her broodmare value.

The Brennans got involved at that point and now plan on adding to the Group Three placing from her Counties Cup third.

“Hopefully we can get some more over summer,” Brennan said.

“She’s in the Auckland Cup (Group 1, 3200, at Ellerslie on March 13) but only because there were early nominations and we wanted to keep our options open. We’ll see how she goes this weekend and then in the Wellington Cup and then decide.

“There are some good fillies and mares options for her over ground.”

Matamata jockey Shaun McKay takes the ride on Grand Bouquet on Saturday from barrier one.

“She doesn’t have great early speed so she’ll drop back and hopefully she can get a soft run on the rails from that draw,” Brennan said.

“She’s got a good turn of foot so we just want to see her produce what we know she’s capable of over the last 400m.”

Brennan will also produce Sword Of Fire in an undercard race at Awapuni, optimistic of a bold performance.

“We’ve freshened him up and he runs well that way – and better left-handed too. Hopefully he can run a good race too,” she said.

Meanwhile, Brennan was hoping for a successful outcome for imported stallion Vadavar, who undergoes surgery on Thursday to remove bone chips from his knee, the outcome of which will determine his racing future.

On the racetrack, the stable also has Wellington Cup aspirations for Masetto, despite a sub-standard 10th in the City Of Auckland Cup, while talented sprinters Vigor Winner and Packing Rockstar will both tackle the Group 3 Concorde Handicap (1200m) at Ellerslie on January 23.