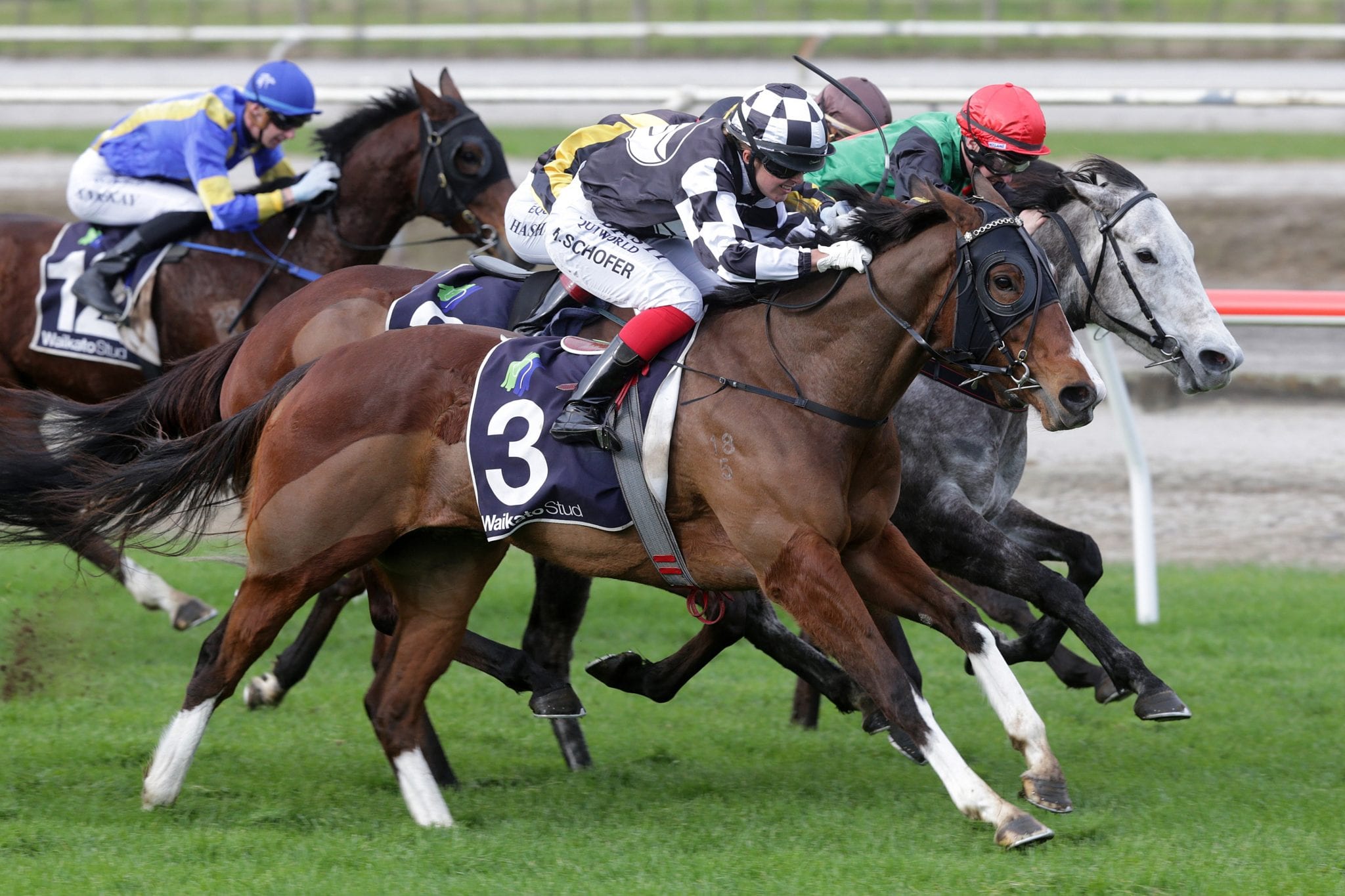 New Plymouth trainer Allan Sharrock heads to Matamata on Saturday with three strong chances as he looks to maintain his successful start to the new season. Sharrock sits atop the New Zealand trainers’ premiership with his runners recording seven wins from 13 starts.

Four-year-old mare Aricina steps into a rating 80 handicap in the Super Liquor Matamata 1600m and after impressive back-to-back victories has been installed a $2.60 favourite to continue her winning run on a Matamata track rated a Heavy10. “I’m generally against running two-win horses in open entry,” Sharrock said. “It’s working for the TAB, but when you’ve got a horse with a low rating against a horse like Dolcetto like Penelope Cruz was last start, it’s very hard to compete.

“The only positive I would say is at Hawera Aricina ran half a second quicker than Dolcetto and was never ever extended. She’s a very progressive mare, I really like her.” Danielle Johnson takes the ride on Saturday, with Sharrock’s in-form apprentice Hazel Schofer unable to claim any weight off the mare who was allotted the minimum of 54kgs and sports the colours of Gerry Harvey’s Westbury Stud. “Danielle has an association with Westbury Stud so I have the right rider on her I think,” Sharrock said. “ She’ll be hard to beat on her work.”

Sharrock said the mare is more than just a wet-tracker and will get over ground. “She’s out of a Zabeel mare, she’s a half-sister to Schist who ran sixth in the Oaks (Group 1, 2400m),” he said. “She’s going to get a mile and half on a dead track no problems at all. They turned down quite a bit of money for her last week from Australia, so I’m thankful I’ve still got her.”

London Express ($5.50) heads the market for the Cunningham Decorating Services Handicap 1200m after a last start course and distance win, but whether the inside draw of barrier one is a help or a hinderance by race nine on the heavy track remains to be seen. “She is probably more adept in the conditions they are going to strike tomorrow than she was when she ran 1:11 winning last start and she has improved fitness wise,” Sharrock said.

“If the track is off on the inside and she’s got to shuffle, that’s entirely up to Hazel but there might be a strip under the rail, who knows. I’ve got to look at that during the day and make a decision, but I’m very happy with her. “This year she’s physically a lot stronger, she’s quite a solid mare. Any open class horses, when you’re up around 60.5kg and you’re a mare, 3kg is very beneficial and Hazel’s riding super, and knows the mare too.”

Sharrock believes handy stayer Collinstreet is also a strong chance in the final event on the card. “His work Tuesday was very good. I thought he could win two starts back at Te Rapa, but he loathed the kick-back. “He raced very well at Hawera over ground, he’s got to be really hard to beat. I’m pretty positive that my three runners are strong chances tomorrow.”

Sharrock is delighted with the way the stable is performing since the resumption of racing but said it won’t be long before his lead on the trainers’ premiership is overhauled by the larger stables. “It’s a great feeling but it won’t last,” he said. “My strike rate is always low and I think that’s quite an important thing as a trainer. Winning them with a good strike-rate, that’s what makes a trainer.”

He is also thrilled to see his apprentice Hazel Schofer continue to make improvement and delivering results. “Her riding last week was outstanding and her style is now starting to formulate,” he said. “I’m really proud of her. She is what New Zealand racing needs, as she presents well both on and off the track.”

Meanwhile, quality mares Sinarahma and Our Hail Mary aren’t far away from kicking off spring campaigns after trialling during the week. “I’m very happy with Sinarahma and Our Hail Mary trialled well too,” Sharrock said. “They are two nice horses coming through and I would say I’m going to have a good season, touch wood. I’ve got plenty of talent and a full stable, so I’m pretty happy at the moment.”