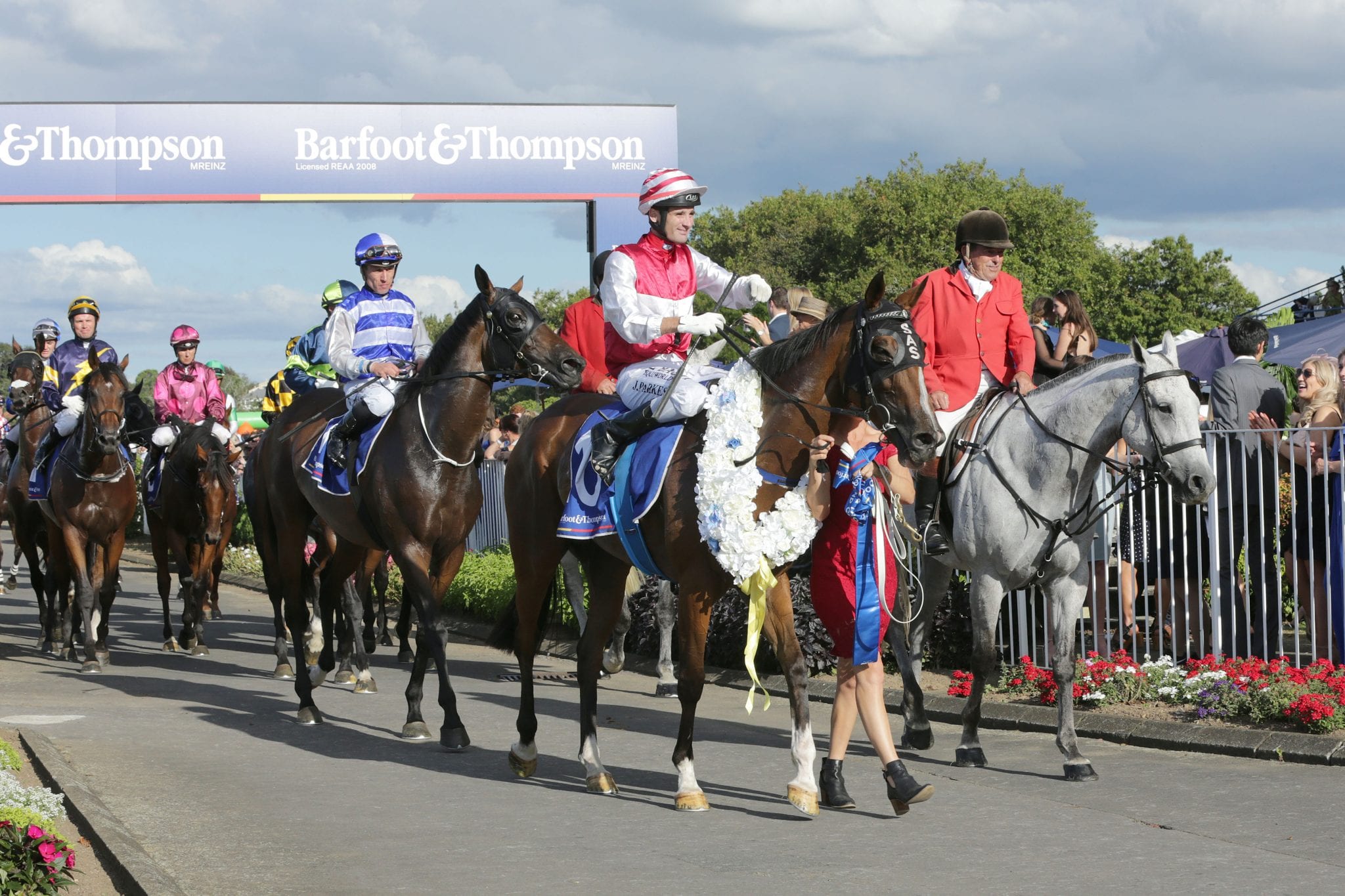 After 18 months on the sidelines, 2018 Group 1 Auckland Cup (3200m) winner Ladies First will make her raceday return at her home track on Saturday. The eight-year-old will line-up in the Group 3 NZB Ready To Run Sale Trainers Series (1400m) at New Plymouth Raceway, but trainer Allan Sharrock isn’t expecting a lot from his charge first-up after such a long break.

“She did a pastern and she spent 18 months away. The vet cleared her six months ago,” Sharrock said. “We are just using it as a trial, there was nowhere else to kick-off. She has had three jumpouts so she is forward enough to race. “She has done the mileage and I am happy enough with her, but I can’t see her being competitive on Saturday. “I think she won first-up over 1400m as a maiden, but it will be a little bit different on Saturday.”

Sharrock has no set plans with the Group 1 winner, but he said her major targets may lie in the spring. “We will just play it by ear at this stage,” he said. “We just want to get some races under her belt and see where we land before Christmas and we may button off and have a look at something in the autumn. “She would come into the Auckland Cup good at the weights, so we will see how we go.”

Ladies First will be joined on Saturday by stablemate London Express who has recorded a win and placing from her three starts this preparation. “I am very happy with London Express,” Sharrock said. “My only concern with her is that she has only had two goes at 1400m, she weighed in at Ellerslie and failed when we rode her handy last time at Taranaki. “I am expecting her to be very competitive at this stage and we just hope she does it right over 1400m and drops the bit.”

Earlier on the card Sharrock will line-up Collinstreet in the Twilight Friday Races 23 October & 20 November (1800m). “He is probably my best chance on Saturday,” Sharrock said. “He has been working enormous and this will be a nice lead in to the Egmont Cup. “His work on Tuesday was very good, so I am pretty positive with him.”

Stablemate Sinarahma will have her final hit-out on Saturday before targeting the Group 3 Wyndspelle Grangewilliam Stud Taranaki Breeders’ Stakes (1400m) at Hawera in a fortnight. “She has competed on a heavy track at Ellerslie, but I wouldn’t like to see her knocked around first-up in that ground, but I have got no choice but to give her this run in order to get her ready for Hawera in two weeks,” Sharrock said.

Sinarahma will compete against fellow Sharrock runners Just Ask Me and Tellyawhat on Saturday, with their trainer electing to utilise the claim of apprentice jockeys Mereana Hudson and Ashvin Mudhoo.

Just Ask Me has won two of his three career starts, but Sharrock said he is faced with a stiff task on Saturday. “He is a talented horse, but he has had three races and he has got to race against the likes of Sinarahma and those class of horses. It’s not the position you want to be in with a two win horse, but where else do you go? “I have claimed three kilos off him to make him somewhere near competitive. “I have also dropped four kilos off Tellyawhat to try and get him away from the topweights to make him competitive. But once again where else do you go? “They are just runners chances.”