Scott Base back to winning form in Tauranga feature 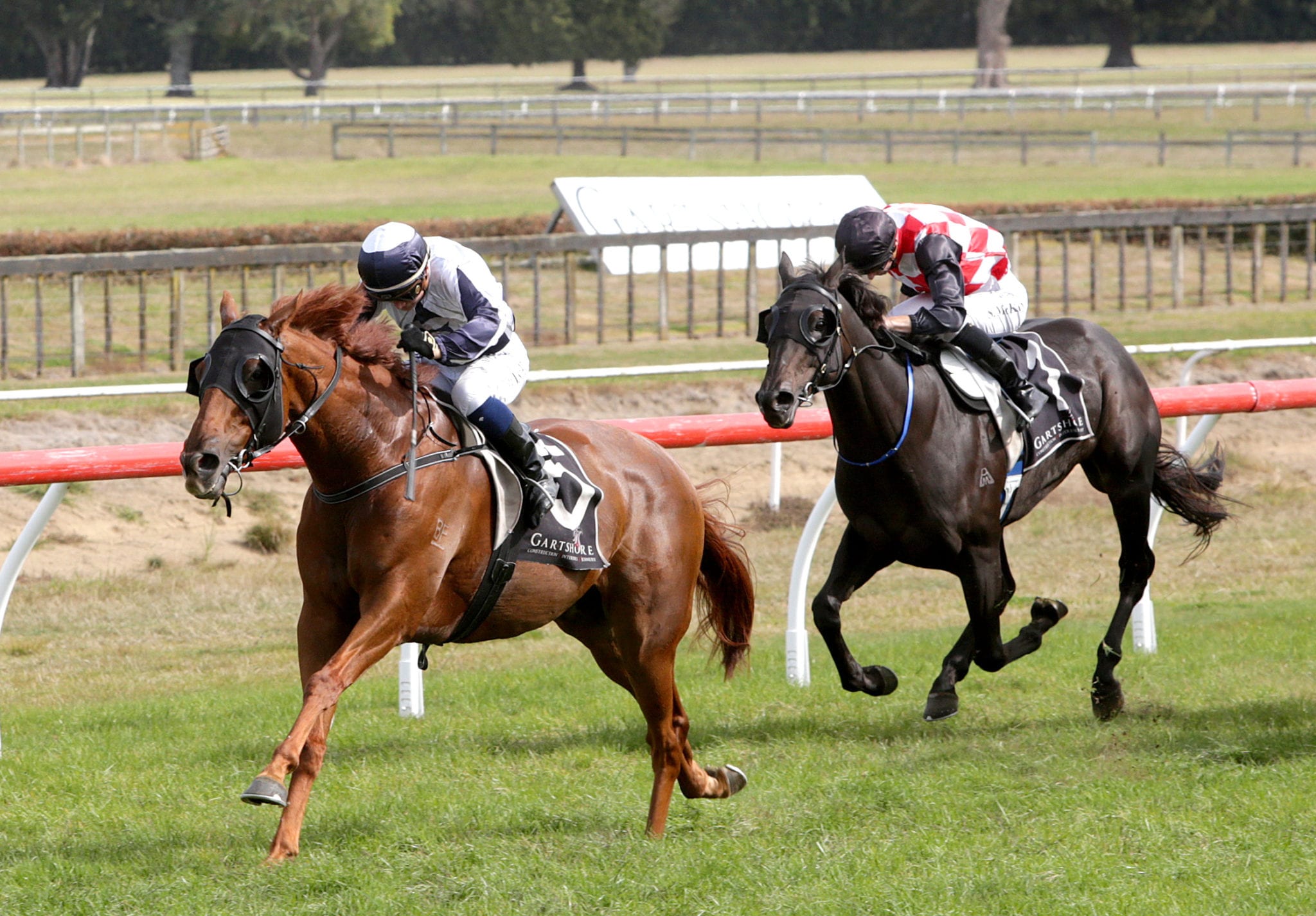 Injury plagued galloper Scott Base gave a glimpse of his undoubted talent when he dominated proceedings over the closing stages of Saturday’s Group 2 Ultimate Mazda Japan Trophy (1600m) at Tauranga.

Successful in the Karaka Million 3YO Classic (1600m) and the Group 2 Wellington Guineas (1400m) when prepared by Johno Benner and Hollie Wynyard, Scott Base was transferred to Jamie Richards last season after a long lay-off following an unplaced run in the 2018 Group 1 Livamol Classic (2040m) at Hastings.

Having just his sixth start for Richards and wearing blinkers for the first time in his current campaign, the Dalghar five-year-old took up a handy position behind a solid tempo set up by race favourite The Mitigator and was travelling peaches and cream throughout for rider Danielle Johnson. The class performer was bolting approaching the home bend and once angled clear by Johnson he put the result beyond doubt in a few big bounds, racing away to win untouched by nearly three lengths from the fast finishing pair of Polly Grey and Ocean Billy.

Richards, who wasn’t on-course having kept him himself away after only returning to New Zealand last Sunday, was delighted with the result. “I am absolutely stoked to see the old horse back to his best after all the problems he has had,” Richards said. “Chris Rutten (part-owner) has been a big supporter of mine since I’ve been training so to get another good race for him is a great result. “I also thought it was a terrific ride by Danielle as he is a horse who has his issues getting out of the barriers and she had him up and travelling straight away, so it was a top effort.”

Richards has been keen to space the races for his charge as he believes he operates best on the fresh side and had some big plans earlier in his campaign that didn’t quite come to fruition. “I’ve resisted putting the hood on him as I wanted to save that for a while,” he said. “We thought he was just the type that could tear off a race like the Railway (Group 1, 1200m) or Telegraph (Group 1, 1200m) fresh-up wearing the hood but he just didn’t quite get to where we would have liked so we stepped back and had a rethink. “We will wait to see how he pulls up but a race like the Easter Handicap (Group 2, 1600m) next month at Ellerslie looks a natural target now he has hit top form.”

Raced by Chris Rutten, John Norwood, Joanna and John Frew, Scott Base was purchased by Rutten for $70,000 from the Brighthill Farm draft at the 2016 Select yearling Sale at Karaka. From a family that features Group 1 winners Outback Prince and Hotel Grand, Scott Base has now won five of his 21 starts and just over $734,000 in prizemoney. While Richards claimed the feature at Tauranga, stable star Te Akau Shark was game in defeat when coming from back and wide to finish third in a sedately run Group 1 George Ryder Stakes (1500m) at Rosehill behind Dreamforce and fellow Kiwi The Bostonian.