Johnson to ride Avantage in Tarzino 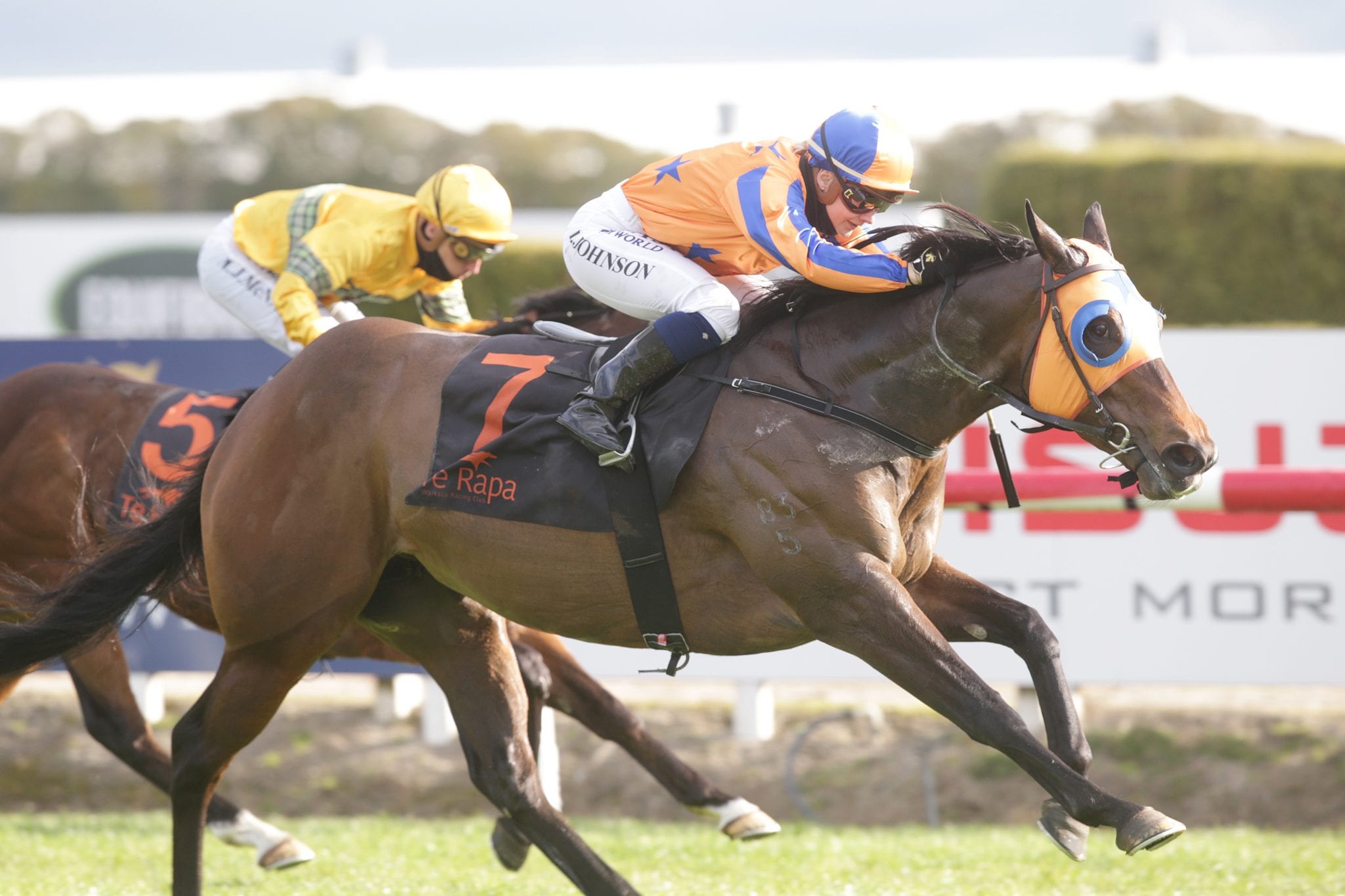 Opie Bosson’s loss is Danielle Johnson’s gain. With Bosson unable to make the 56.5kg weight to ride the Jamie Richards-trained Avantage in Saturday’s Group 1 Tarzino Trophy (1400m) at Hastings, Johnson will be the beneficiary.

Johnson partnered the mare into an impressive first-up win in the Group 2 Foxbridge Plate (1200m) earlier this month and has forged a good relationship with Avantage, victorious on four of the five occasions she has ridden the Te Akau star. A five-time Group 1 winning jockey, two of those elite level wins have come aboard Avantage, including the Manawatu Sires’ Produce Stakes (1400m) and the Haunui Farm WFA Classic (1600m), while she was also successful on the mare in the Group 3 Hawkes Bay Gold Trail Stakes (1200m).

“I obviously won on her last start and it was a terrific win and she looks like she has come out of the run really well and is in fine order heading into Saturday,” Johnson said. “Everyone seems happy with her and she is eating well.”

Johnson said Avantage was the calibre of horse every top jockey aspired to ride. “She is pretty boisterous and has a mind of her own. Once she is in the gates and in the race, you know it is game-on, but beforehand she is definitely the boss,” Johnson said. “She is the ultimate professional in a race, and she has just got that will to win. She is tough and that is what everyone wants to see in a mare. “She is the horse that everyone dreams about having and being able to ride. I have had the five rides on her and won two Group 1s, a Group 2 and a Group 3.”

On the strength of her Foxbridge victory, Avantage has been supported into $1.70 favourite for the Tarzino Trophy but the premiership-leading hoop said she did not feel the weight of punters’ pressure. “You just take it as it comes, and you can’t worry too much about what they’re paying,” she said. “You just go out and give it your all. I’m lucky that I have got such a classy horse underneath me.”

With 14 wins on the board already this season, winning the premiership is an attainable goal for the 29-year-old, who has spent some time on the sidelines over the last couple of seasons due to injury. “I sort of had that gap year last year, so it is time I knuckled down and try to kick home a few goals,” she said. “I have got two good teams right behind me that I ride for (Jamie Richards and Stephen Marsh). “There are horses that go to the Central Districts and Stephen and Jamie both have teams down South, so that is another opening as well.”

Fresh from a winning double at Taupo on Sunday, Johnson said jockeys do recognise when they’re riding in the zone. “I think when you’re winning races, you ride with a lot of confidence and on the flip side you can lose confidence when you’re not riding winners. “But you need the horse-power underneath you as you can’t make slow horses run fast.”

While happy to take the breaks of a favoured Group 1 pick-up ride when they come her way, Johnson has no doubt colleague Opie Bosson will be back soon. “It is good for me at the moment, but he will get his weight back down and we will be happy to see him back out there because he is the best,” she said.

In addition to Avantage, Johnson has a host of handy rides at Hawke’s Bay on Saturday, including Yourpoint in the Listed El Roca – Sir Colin Meads Trophy (1200m) and Bonita Aurelia in the Group 3 Hawke’s Bay Breeders’ Gold Trail Stakes (1200m), as well as talented mares Savy Yong Blonk and Vamos Bebe on the undercard.

“I’m looking forward to riding Savy Yong Blonk in the Open Mile. She went really well last start and I think she is ready to win and Vamos Bebe, who I won on at Avondale, she is in the special conditions maiden and looks a nice horse going forward.”