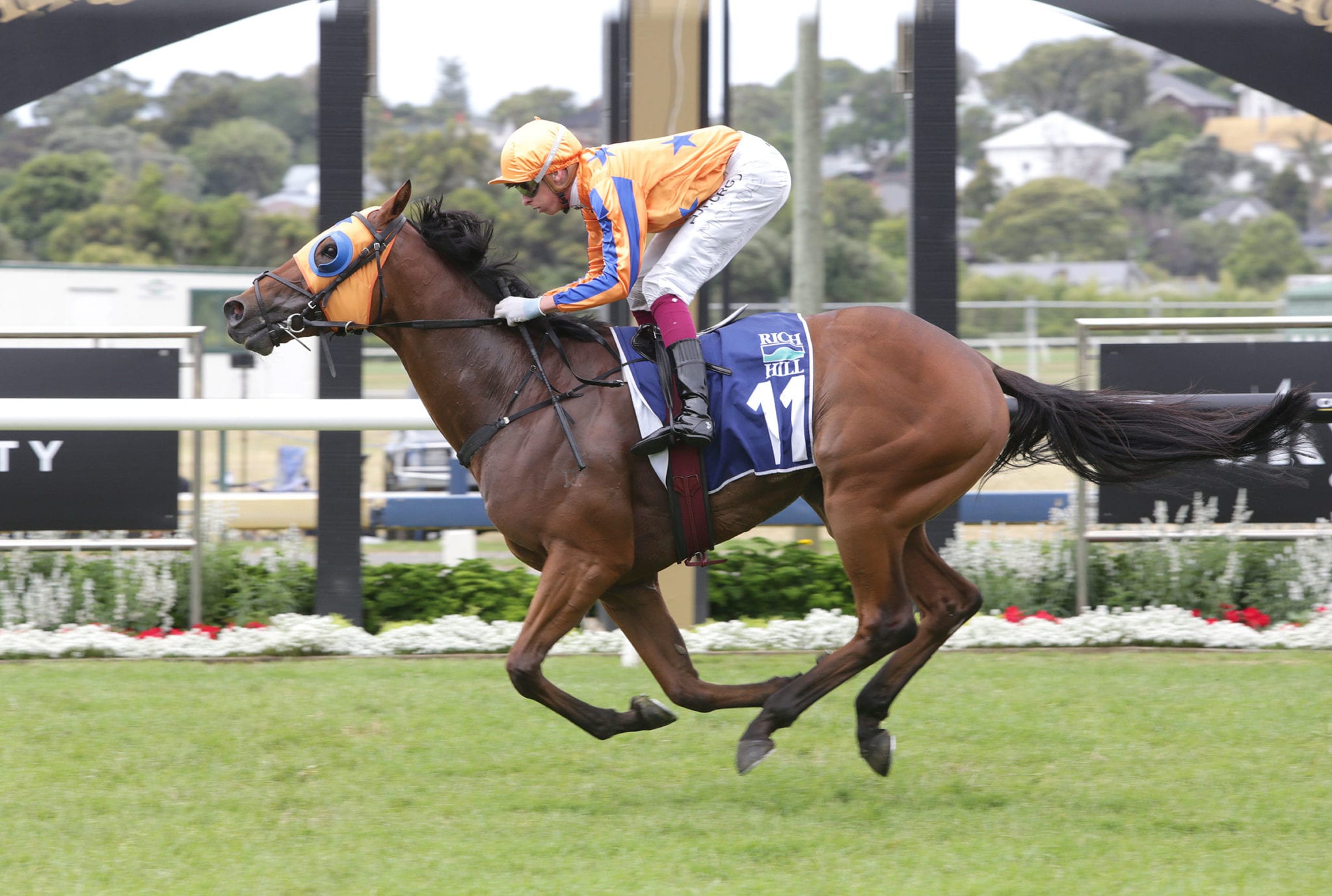 Te Akau trainer Jamie Richards has experienced a whirlwind week. It all kicked-off at Ellerslie on Saturday where Cool Aza Beel secured Te Akau’s fourth successive Karaka Million 2YO (1200m) before Probabeel became the first horse to win the 2YO and Karaka Million 3YO Classic (1600m) double.

It continued into New Zealand Bloodstock’s National Yearling Sale, which began on Sunday, where Richards assisted Te Akau principal David Ellis in securing 30 yearlings, including three of the top five lots in the Book 1 session at Karaka. “We were very busy and active,” Richards said. “It all went really well and we bought some lovely horses at all different price ranges, so if anyone wanted to be involved they will certainly be made to feel very welcome.”

There was no rest for Richards as he returned to his Matamata base to oversee the final preparations of a number of his stable runners with stakes targets this weekend. Leading the tangerine and blue charge on Saturday will be Prise De Fer who will attempt to continue his picket fence formline in the Group 3 Powerworx Taranaki Cup (1800m).

Purchased by Ellis for $100,000 out of Trelawney Stud’s 2017 New Zealand Bloodstock Premier Yearling Sale draft, Prise De Fer has hit a purple patch of form as a four-year-old. He kicked off the season with a third-placing over 1300m at Taupo before winning four on-end, culminating with victory in the Group 2 Rich Hill Mile (1600m) at Ellerslie on New Year’s Day. “He was given a lovely ride three-deep with a bit of cover in the Rich Hill Mile, he had a nice light weight and I thought he did it pretty impressively,” Richards said. “We are happy with him. He has had a bit of time between runs, which he seems to enjoy.”

The Savabeel gelding worked with Probabeel at Ellerslie last week and Richards believes he is on song ahead of Saturday’s assignment. “He went up to Ellerslie and worked with Probabeel on Monday-week ago and he worked nicely,” Richards said. “He jumps up a little bit in weight with the set-weights and penalties conditions of the race on Saturday, but I thought it suited him better than going to the Herbie Dyke (Group 1, 2000m) at weight-for-age. “He has drawn a bit awkwardly (11), but we think he is going well and he is going to be very competitive.”

Richards will also line-up Scott Base in the Taranaki Cup and he is hoping for a strong showing from the 2018 Karaka Million 3YO Classic winner. “Scott Base is improving,” Richards said. “He has taken a little while to find his feet a bit. He has had some injuries that have been well-documented, but we are happy with how he is coming along. “He is probably going to be back in the field from a wide barrier (12), so we are hoping to see him run home well.”

Prise De Fer has been installed a $2.80 favourite for the race by TAB bookmakers ahead of Mongolian Marshal at $5 and Guillada at $8. The Petone bookmakers have also taken a liking to the Richards-trained Perfect Scenario who they have marked as a $3.10 favourite for the Group 3 Woburn Farm 2YO Classic (1200m).

The son of Iffraaj was dual-accepted at Matamata’s Sunday meeting, but Richards has elected to head to New Plymouth with the debut placegetter. “He will go to Taranaki at this stage, we think he is up to it,” he said. “I think he can go down there and be competitive in that race. “He has drawn nicely (1) and Opie (Bosson, jockey) rides him, so that is always a help.”

Meanwhile, Richards will line-up 12 runners at Matamata on Sunday and he is particularly looking forward to the debut of a couple of juvenile fillies. “We don’t usually have that many runners, but it’s just nice to kick them off on their back doorstep,” he said. “I think Miss Aotearoa and Cornflower Blue are both very nice two-year-old fillies who are progressive. “Phantom Witness won well last time and is stepping up to 65 grade. Laureate has improved since he has been gelded. He ran home nicely last time at Te Rapa and the step-up to 1400m should suit him.”

This week continues a great run for Richards who sits atop of the New Zealand Trainers’ Premiership with 75 wins. While he has experienced some great moments this season, Richards said last weekend’s results at Ellerslie were the highlight of his career to date. “That would have to be the pinnacle. We have won the last four of those (Karaka Million 2YO) and to win two $1 million races is a huge credit to all the staff we have got and the horses that David buys. “Melody Belle was pretty exciting in the spring, but to win a couple of $1 million races on the same night, that’s a big thrill.”