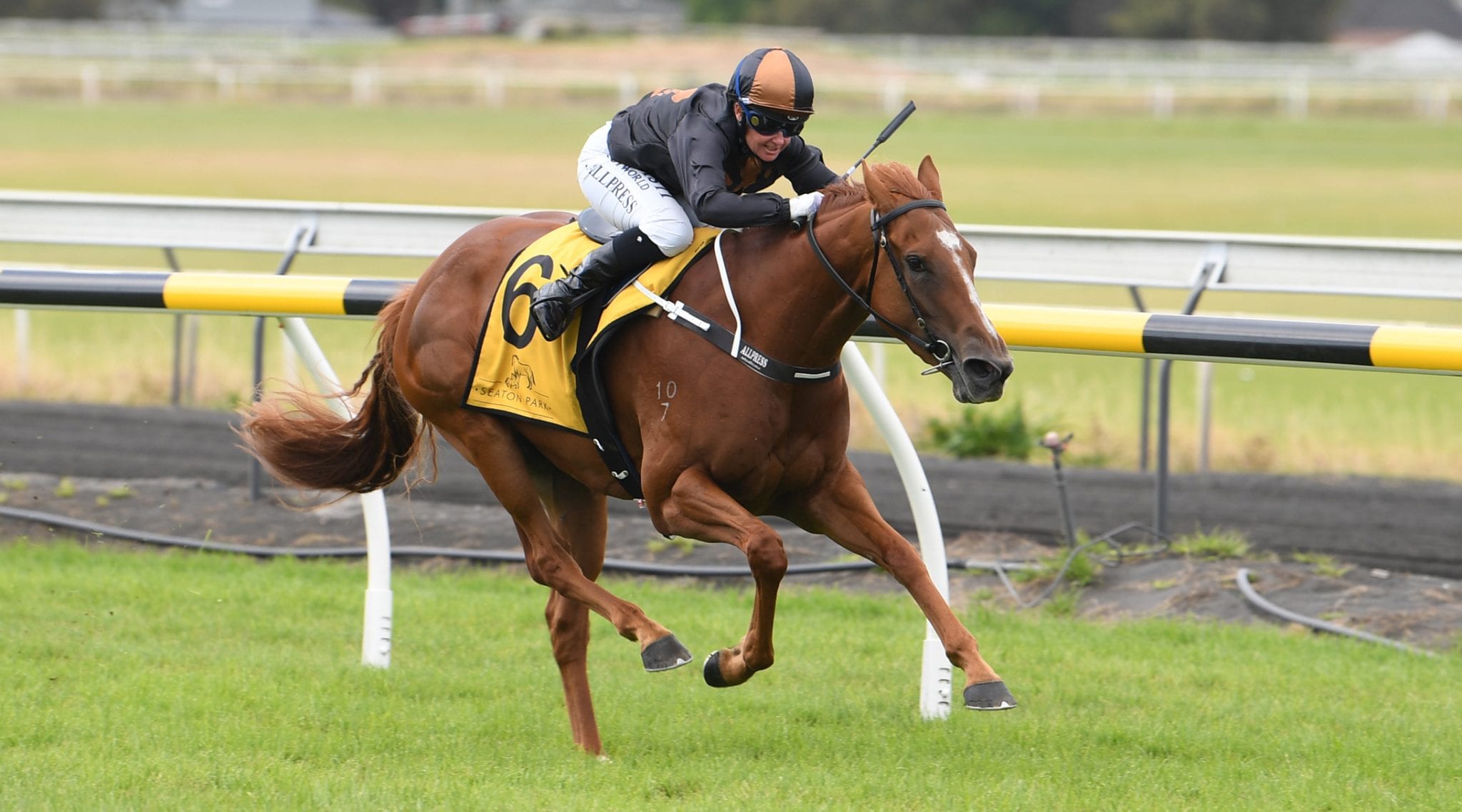 Bred and raced by the Hawkins family under their Llanhennock Trust banner, the Super Easy three-year-old went into Saturday’s Listed Fasttrack Insurance Oaks Prelude (1800m) at New Plymouth with just two runs under her belt, including a last start victory over 1400m on her home track at Ruakaka.

The Chris Gibbs-trained galloper was overlooked in the market for the race, starting at a closing price of +1660 on the tote, however she made a mockery of those odds as she streaked to a four-length victory.

Settled beautifully in the trail by rider Lisa Allpress, Spine Tingle travelled easily before hugging the rail on the home bend and spurting to the lead when a yawning gap opened up shortly after straightening.

Allpress gave her charge full bore at the 250m and the filly raced clear to win easing down by four lengths from the well favoured Providenceprovides with Ezdara battling on gamely to take third.

Gibbs admitted he had trekked south to New Plymouth with hopes of a good performance but no certainty his charge was up to the opposition she faced. “I didn’t really expect that, but she was very impressive today,” he said. “We made a plan to hug the rail the whole way and hoped the leaders would roll off and sure enough they did.

“She races so well just off the bridle, which I just love about her. “When Lisa asked her, she sprinted so quickly that I was stunned. “When we first got her she looked like she would make a two-year-old and not much after that, but she changed completely and turned into a long, scopey individual, who had stayer written all over her.

“We haven’t done that much with her, so after she won her maiden at home, we decided this race would be our main target. “I just didn’t know how she would measure up, but she travelled down perfectly, ate and drank everything last night and gave me confidence she would go a good race.”

Gibbs is unsure how he will go about formulating a plan to get Spine Tingle to the Oaks in March but admits it is a good problem to have. “Today was really where we had put our efforts into, so I’m not sure what to do next,” he said.

“It’s a long trip back home so she can have an easy time of it while I work out how we get to the Oaks. “The good thing is she has qualified now so I don’t have to worry about that and can pick and choose where we start.”

TAB Bookmakers reacted swiftly to the victory, slashing the Fixed Odds for Spine Tingle to win the New Zealand Oaks from +6000 to +1300 behind current favourite Amarelinha (+300).