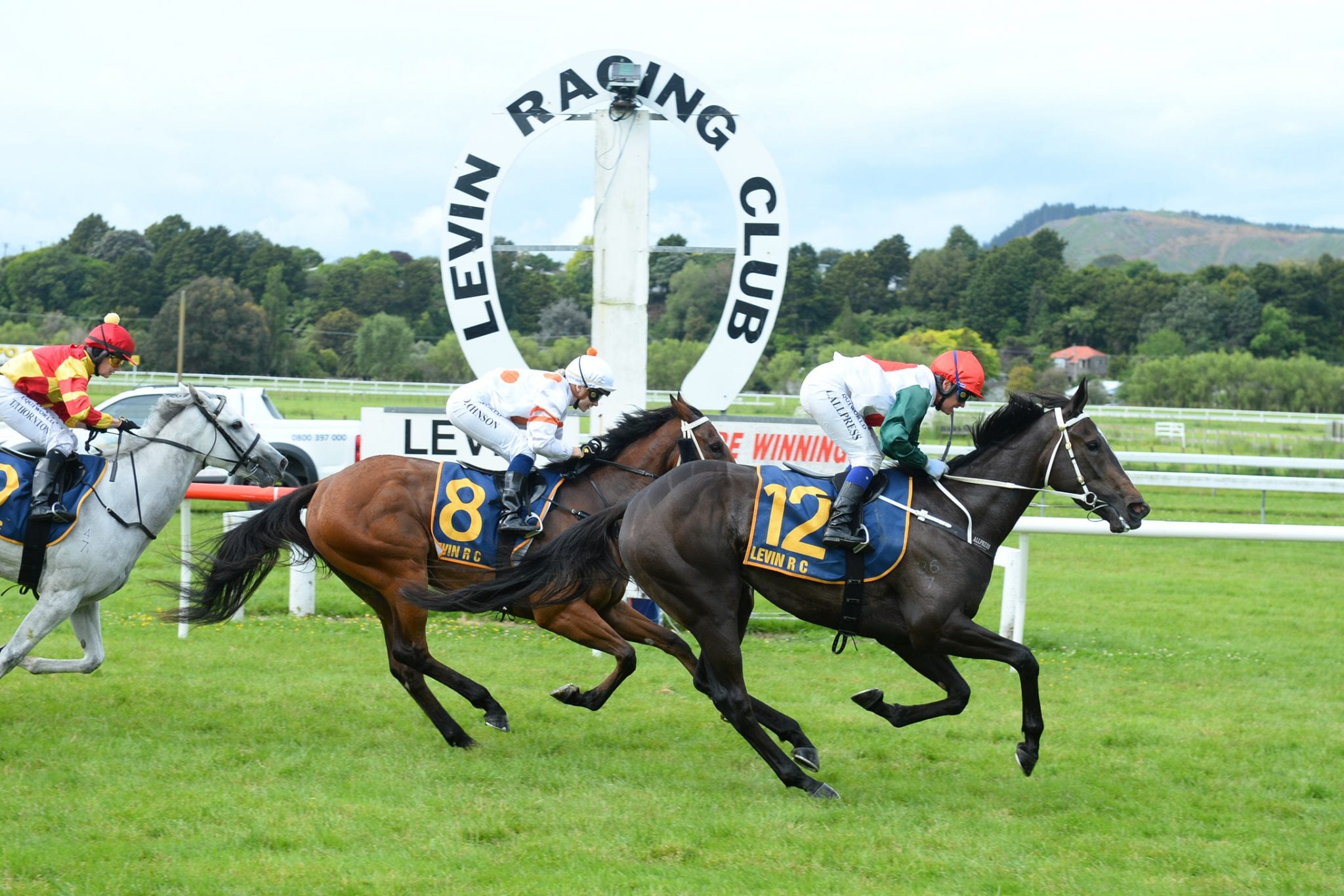 Stephen Marsh looks to have a vice-like grip on the Group 3 Lucia Valentina Wellington Stakes (1600m) after winning the three-year-old feature for the third consecutive year at Otaki on Thursday. Subsequent Group 1 New Zealand Derby (2400m) winner Crown Prosecutor won the 2018 edition before Derby placegetter Scorpz made it back-to-back wins for Marsh last year, and now Zee Falls has added her name to the winning trophy.

Marsh was pleased to continue his strong association with the race, which is sponsored by stable client Lib Petagna and named after the horse the Cambridge horseman trained to win the Levin feature in 2013 for the prominent owner, before going on to win three Group 1 races across the Tasman in the care of Newcastle trainer Kris Lees.

“It is lovely to come down and win this race,” Marsh said. “It is a race I have always targeted and it was lovely to win it again, and with a maiden galloper. “Lib sponsors the race and it is named after Lucia Valentina, it means a lot and it fits nicely with our programmes.”

It was Zee Falls’ fourth raceday start and Marsh said the filly still has a lot to learn. “We wanted to go forward and get into a spot,” Marsh said. “She doesn’t have a racing pattern as yet but she rolled forward to sit outside the leader and had to do a fair bit of work. “Lisa (Allpress, jockey) just wanted to get out where she thought was the better part of the track.

“It looked like she was going to get beaten by the favourite (Key), but she toughed it out and won pretty comfortably in the end. “She still doesn’t know what it is all about and she had her ears pricked and was really green to the line once she got to the front. “She is only going to keep on improving, that’s for sure.”

Marsh said she now has plenty of residual value as a broodmare, which they will try and improve at Trentham next year when she targets the Group 1 New Zealand Oaks (2400m). “She didn’t win a maiden, but she has now won a stakes race,” he quipped. “She is by Sacred Falls, out of a Zabeel mare, she is beautifully bred and is a Group 3 winner now. “This filly will have a break now and will be solely set for the Oaks. She has got her black-type now.

“A filly like her, once she gets up over 2000m-plus is when you are going to see a better horse again. “I am thrilled to have her winning and it is good to have her going out on that sort of note.”

Zee Falls continues a purple patch for ill-fated sire Sacred Falls, who is the sire of Group 1 winner Aegon, Group 3 winner All Saints’ Eve, and stakes performers Icebath, Tommy Gold, and Salto Angel. “He (Sacred Falls) was struggling for a fair while,” Marsh said. “They are not making them anymore but you wish they were because they are absolutely flying. “He’s a loss to the industry, that’s for sure.”

Earlier on the card Marsh was delighted to see Group 1 performer Vernanme return to his winning ways in the Devan Plastics (1600m), in what was a confidence boosting win for the gelded son of O’Reilly, who has been out of the winner’s circle since September last year.