Gibbs praying for a storm 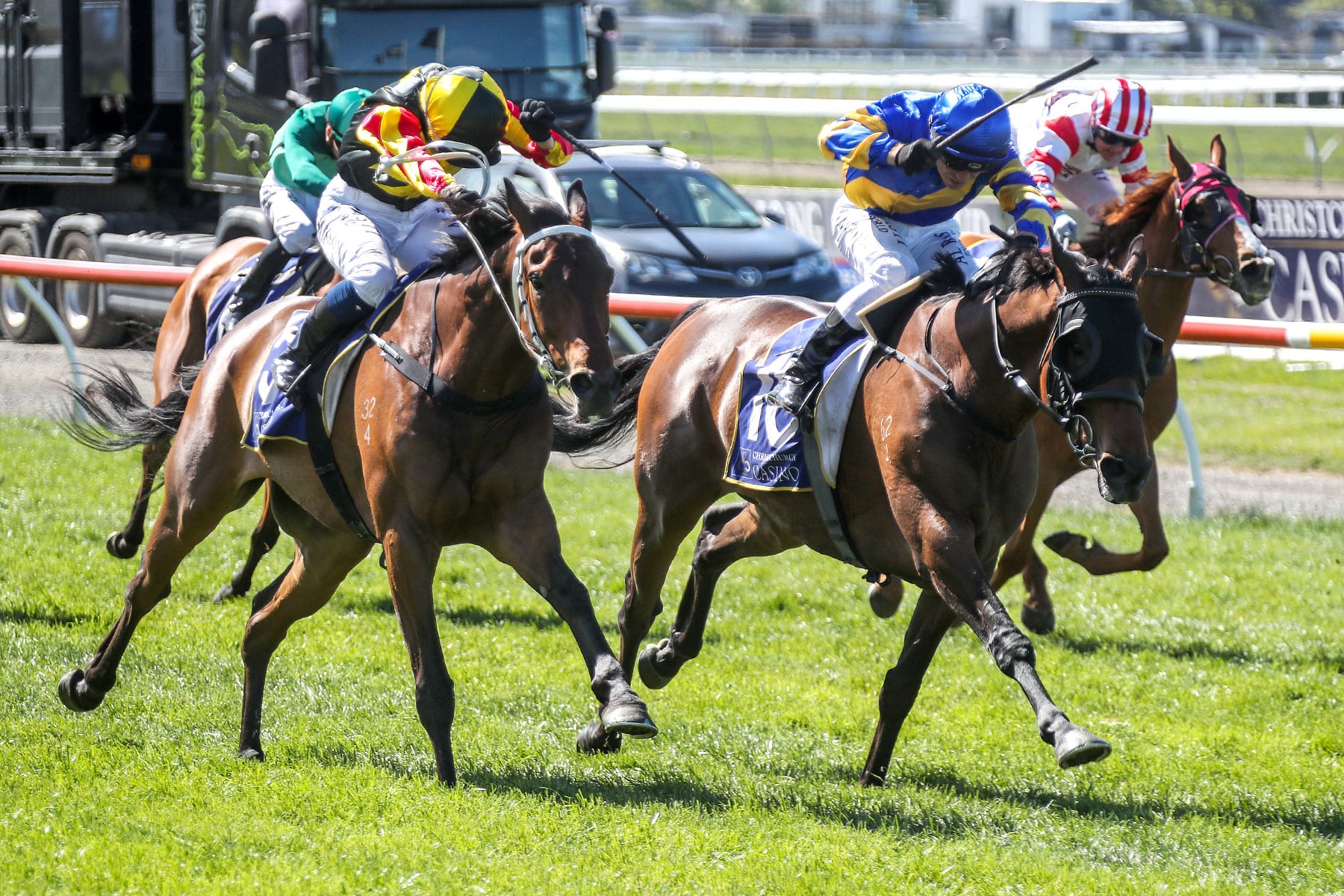 Ruakaka trainer Chris Gibbs is welcoming the wet weather forecast ahead of the Group 3 NZ Campus Of Innovation & Sport Wellington Cup (3200m) at Trentham on Saturday. Gibbs will line-up Dragon Storm in the two-mile feature and said the son of Shocking will appreciate any give in the ground.

The six-year-old gelding was met by a Good3 track at Ellerslie on New Year’s Day where he finished 13th in the Group 3 City Of Auckland Cup (2400m) and while slightly disappointed, Gibbs said the conditions just didn’t suit his charge.

“I would be lying if I said I wasn’t a little bit disappointed with his run at Ellerslie, but I think there were a few issues that weren’t conducive to a good run,” Gibbs said. “He didn’t like that real hard track, it was a bit firm for him. He has always been a bit sensitive when it comes to the tracks, so hopefully the weather plays its part on Saturday.”

Rain is predicted in the lead-up to Wellington’s biggest race meeting, which is welcome news for Gibbs. “There are a few showers forecast for Thursday and Friday so that might just help things a bit,” he said. “And he liked Wellington the last time he was there.”

Dragon Storm was victorious in the Group 3 New Zealand Cup (3200m) in November after his triumph in the Road To the Jericho (3000m), and Gibbs said he is thriving ahead of his weekend assignment. “He has pretty much done all of his work on the beach, he is fit enough. Hopefully he draws reasonable,” Gibbs said.

It’s a long trek from Ruakaka to Trentham, and Dragon Storm has already begun his journey south in preparation for the Cup. “He will arrive down there in good order,” Gibbs said. “He is on his way down to Otaki and he will spend the rest of the week there with Howie Matthews, and he will go down to Wellington on Saturday.

“He went down with the Matamata horses on Sunday and stayed for a couple of days, did a bit of work on Monday and now he is on a truck heading down there. “He will have three days of light work and we will go from there.”

On Monday Gibbs was celebrating a winning double at Matamata, bookending the 11-race card with Parker Lewis and Beautifulnightmare. “That was exciting, I was very pleased with them,” Gibbs said. “I was that busy looking at yearlings (at Karaka) I missed the first race.

“Parker Lewis is a nice staying type of horse. He has just taken a long time to click onto what he needs to do. It was nice to get that result for the owners because they have been very patient.”

Gibbs was particularly pleased with Beautifulnightmare’s run and he is now eyeing a tilt at the Group 1 Al Basti Equiworld Dubai New Zealand Oaks (2400m) at Trentham in March with the filly.

“We just wanted to get that win out of the way so we could really start making some plans for the Oaks. We think she is definitely going to get the distance no problem. “It is just a matter of picking a path and having that win under her belt helps her chances of making the field. It takes a little bit of pressure off.”