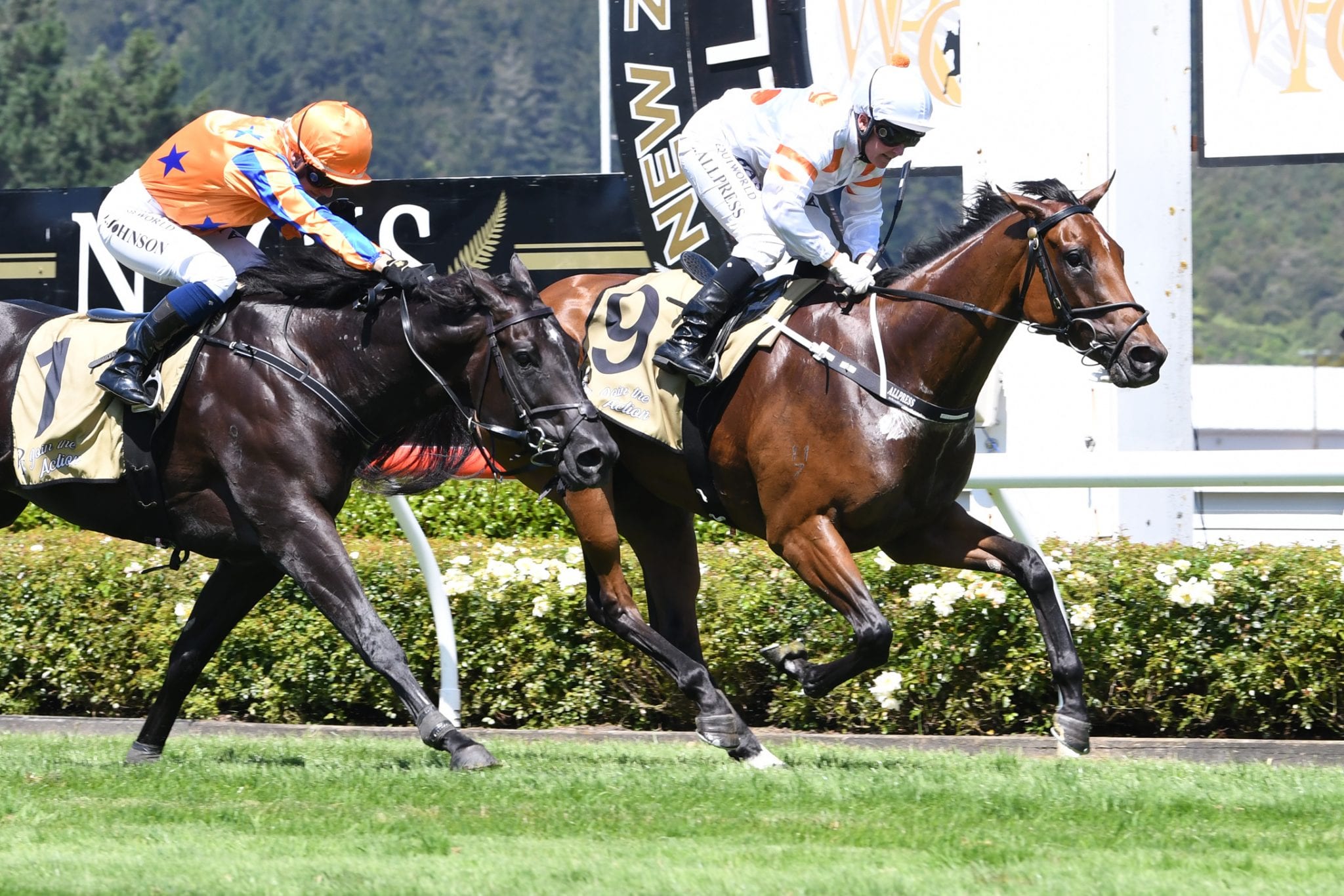 Trainer Johno Benner was hard at work on Sunday morning cutting grass for the horses in the stable that he operates with partner Hollie Wynyard, a far cry from the dizzying heights the couple had experienced less than twenty-four hours earlier.

The popular Otaki pair experienced the taste of Group 1 glory at Trentham on Saturday when smart filly Bonham took out the Group 1 Devan Plastics Levin Classic (1600m) in the hands of rider Lisa Allpress.

The victory was the third for Benner and Wynyard at the elite level following Wyndspelle winning the 2019 Group 1 Captain Cook Stakes (1600m) and Vespa taking out the 2014 Group 1 Diamond Stakes (1200m) at Ellerslie, although that win was achieved in Benner’s name only as their training partnership wasn’t formally established until the 2015/16 season.

Benner is quick to recognise just what a major contribution Wynyard has made to his life since they first met when he was an apprentice jockey. “Hollie is just incredible with horses and very very good at what she does,” he said. “She grew up going to pony club and the like and was also an apprentice for a little while and that’s where we met. “The race riding wasn’t really for her although, ironically, she probably rides the majority of our team in work and at the jumpouts.

“She loves that hands-on involvement, preparing them and the like and gets a real buzz out of it. “I tend to be the face of things on television, but she is the driving force behind us. “Originally it was my name as the trainer, but Hollie was with me right from the start although it wasn’t until 2015/16 that we had both of our names on the license. “I really pushed her for that as I felt she deserved to get the accolades for all the work she was doing.”

Benner had given up his own apprenticeship after two seasons due to weight issues and progressed into the training side of the business through the help of well-known horseman Chris Rutten. “I pretty much evolved into the training side of things after I got too big to be a jockey,” he said. “We started off doing two or three horses and it went from there. “In those early days we were selling a lot of horses as that was what we had to do to make ends meet.

“It was Chris Rutten who got us going as he gave us a few of his own horses to get the ball rolling. “It was hard going but we slowly built up a client base with a number of those people still with us today. “We’ve been very lucky to have had some very nice horses to work with and pride ourselves on what we can achieve with a team where we do most of the work ourselves.

“It’s a tough game though, and one that is all consuming. “We love it, but it’s not something you can do half-hearted as it does rule your life. When you do have good horses and owners you can do alright out of it, but if you don’t then it can be very hard.”

An association with owner and breeder Gary Harding that began in the past twelve months has helped lift the stable to new heights this season, culminating in the win of Bonham on Saturday. “Gary approached us in the last year and we were very happy to take on some of the lovely horses he has,” Benner said.

“Gary buys quality horses and it makes the job a lot easier with the cattle he gives us to work with. “One of the other important aspects for us is that we are lucky to have a great relationship with a rider of the class of Lisa Allpress. “Lisa and her husband Karl are family friends, but Lisa has been very loyal to us and is a big part of our success.

“Lisa rides a lot for us at the jumpouts and trials and provides us with the feedback we need for each horse she gets on. “It means I also don’t have to scramble for a rider prior to raceday and to have someone of her ability at our disposal adds so much value to our operation.”

Despite the success that he and Wynyard are currently enjoying, Benner is also mindful of keeping the situation in perspective as they plan ahead. “It’s certainly great to be going like we are but we know it can all change pretty quickly,” he said. “It is a seven-days a week, 365 days a year business and one that can get on top of you if you let it.

“I actually can’t remember when Hollie and I last had a holiday, so we are mindful that we have to look at our work-life balance. “I guess that will be one of our goals so that we can be mentally and physically sharp with what we do.”

Benner will now take a few days to assess his next moves with Bonham, who holds a nomination for the Group 1 Al Basti Equiworld Dubai New Zealand Oaks (2400m) in March. “She can have a few easy days as the race will have taken a lot out of her,” he said. “I’m mindful that her confirmation won’t let her have too many starts on the hard tracks while she is still quite immature.

“We will play it by ear a little, but she might have a few starts in the autumn and we will also consider if there is something in Australia to look at as part of our planning. “The big thing is she is now a Group 1 winner, which they can’t take away from her and that is a massive goal to have ticked off for her.”