Day of contrasts for Benner and Wynyard 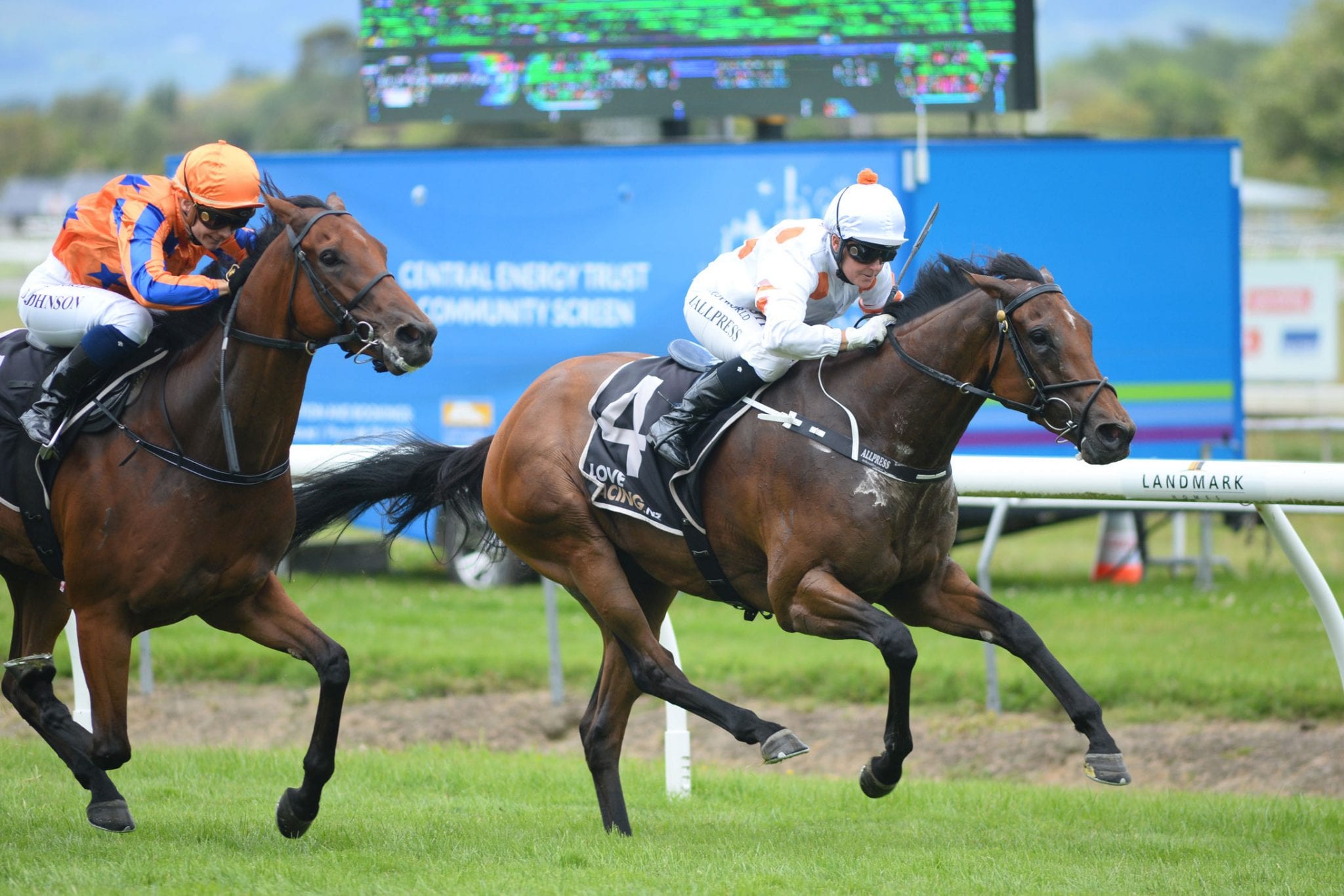 Trainers Johno Benner and Hollie Wynyard got their day at Awapuni off to the perfect start on Saturday when exciting three-year-old Bonham produced a remarkable performance to score handsomely over 1400m in her first run for nearly two months.

Sadly, that high couldn’t be replicated in the last race on the day when pre-post favourite Wononeohwon, who was shooting for his third win in a row, was scratched at the start after a barrier mishap.

Benner took the setback in his stride, just thankful his promising Tavistock four-year-old had come through the incident relatively unscathed. “It’s just one of those things that can happen,” Benner said. “It appears he got his leg over the gate after he was loaded away and they had to pull him out and check him over, “He didn’t sustain any injury, but the vet erred on the side of caution and scratched him.

“He seems okay this morning (Sunday), so he will have to have a barrier trial before he can start again. “We should be able to do that here at home (Otaki) on Tuesday, so all going well we will just keep him ticking over and he can have a crack at the Douro Cup (1600m) at Trentham later this month.”

Benner had been expecting a top run from Per Incanto filly Bonham who hadn’t been seen since running a meritorious seventh in the Group 1 New Zealand 1000 Guineas (1600m) in November after being trapped wide throughout that day.

A heady ride from Lisa Allpress saw her save every inch of ground possible against the rail to make up many lengths in the run home before storming past race favourite Supreme Khan to collect her third win from just four starts.

“She has thrived since she has been back from Riccarton,” Benner said. “We gave her three weeks off and she has just kept on improving. “I thought she was pretty right for Saturday, but she had to be good to do what she did as she was giving them a decent break turning for home.”

Benner now has the difficult decision of how to place his charge over the next few weeks given the options available to her. “With this filly the main goal is black type,” he said. “She holds a nomination for the Levin Classic (Group 1, 1600m) next Saturday which is quite inviting given the way she has bounced through her latest run.

“She came home and ate up well and is very bright this morning, but we won’t make a decision until we’ve given her a hit-out on Monday or Tuesday. “The other immediate option is the Karaka 3YO Classic (1600m) at Ellerslie a week later but that has a few more factors to consider as it is a big trip to a track she hasn’t raced on before, whereas Trentham is pretty much just down the road. “No matter where we go, I think she is an exciting filly who has a big future ahead of her.”

Bred by Little Avondale Stud, Bonham is raced by Gary Harding who paid $160,000 for her at the 2019 Karaka Book 1 Yearling sale. She is the daughter of Redoute’s Choice mare Fortune’s Choice and comes from an extended pedigree that includes multiple Group 1 winners Danendri and Faint Perfume.