Roger That upsets in Auckland Cup 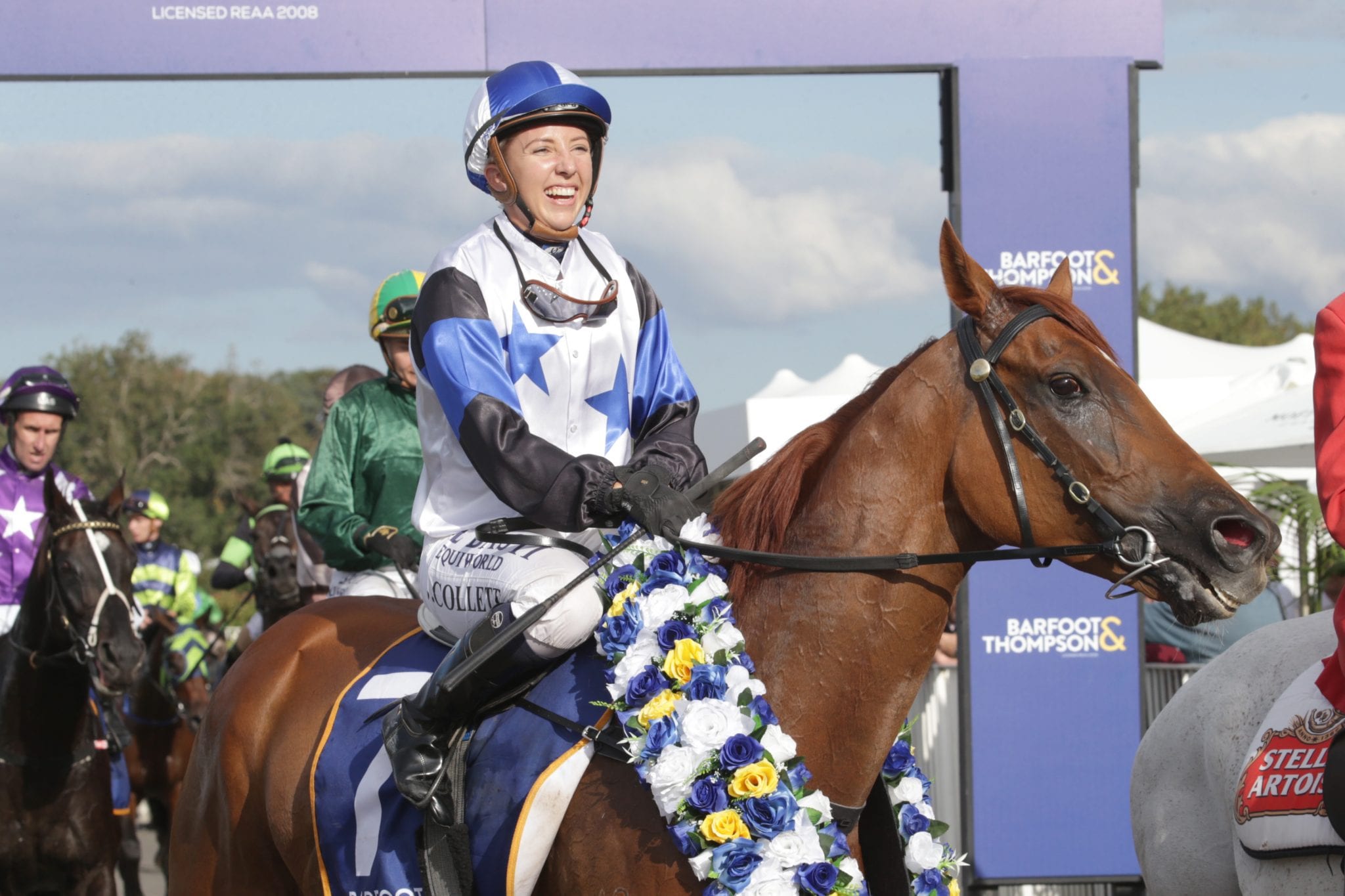 Rider Sam Collett is fast becoming the darling of the Group 1 Barfoot & Thompson Auckland Cup (3200m) after making it back-to-back wins in the premier two-mile feature when guiding outsider Roger That to a boilover victory on Saturday.

Collett claimed her first Cup, and first Group 1 title, when she scored aboard race favourite Glory Days in 2019, but this time around she was far from the punters friend on a $40 shot who had been overlooked despite having some solid lead-up form for the contest.

Prepared at Tauranga by Antony Fuller, the seven-year-old Shinko King gelding had been thereabouts in his last five starts including a gritty runner-up effort in the Group 3 OMF Stakes (2000m) back in November before finishing on nicely for fifth in the Group 3 Counties Cup (2100m) at his next start.

Sparingly raced by Fuller on the hard summer tracks, Roger That went into Saturday’s contest fresh from finishing second behind Joe’s Legacy in the Listed Kaimai Stakes (2000m) at Matamata last month. Despite being caught three wide in the early running Roger That trucked along sweetly in midfield throughout before Collett asked him to move into contention with 700m to run.

Making his run five wide, he swept to the lead on straightening and refused to give in as he maintained an advantage to the line to defeat Australian raider Sound with race favourite Platinum Invador in third after chasing hard all the way down the home straight.

“I can’t express the words about how happy I am for Antony and Sarah (wife),” Collett said. “They do such a good job and this horse is always thereabouts and he always runs an honest race. “I drew seventeen and thought ‘oh god,’ but he just jogged around and ate up the 3200m. “I was posted three wide for the first 600m and then was able to slot in. “He gave me such a dream ride as he didn’t pull and just towed me along and I thought this can’t be happening.”

Fuller, who only prepares a handful of horses from his Tauranga base, was pleasantly surprised by the result as he waited for his charge to make his way back into the winner’s enclosure. “It’s just amazing,” Fuller said. “There is a young girl who works for us and she asked me this morning if I was excited. “I said ‘I think I’m bloody daft as I could have picked an easier race for the horse.’

“We were just hoping he would run well although we were confident he would stay. “The question was whether he would stay fast enough for long enough but I think he showed today that he is a very good stayer. “When he hit the lead turning in, I thought they would have to be pretty good to beat him as he won’t quit, there is no white flag in this horse and he just won’t hand it up.”

Out of the unraced Yamanin Vital mare Heather Lyn, Roger That has plenty of staying blood on his dam’s side with dual Group 3 New Zealand Cup (3200m) and Group 2 Wellington Cup (3200m) winner Blood Brotha featuring in his extended family along with Group 1 New Zealand Derby (2400m) placegetter King John, while he also traces back to multiple Group 1 winners Princess Mellay and her champion son Prince Majestic.