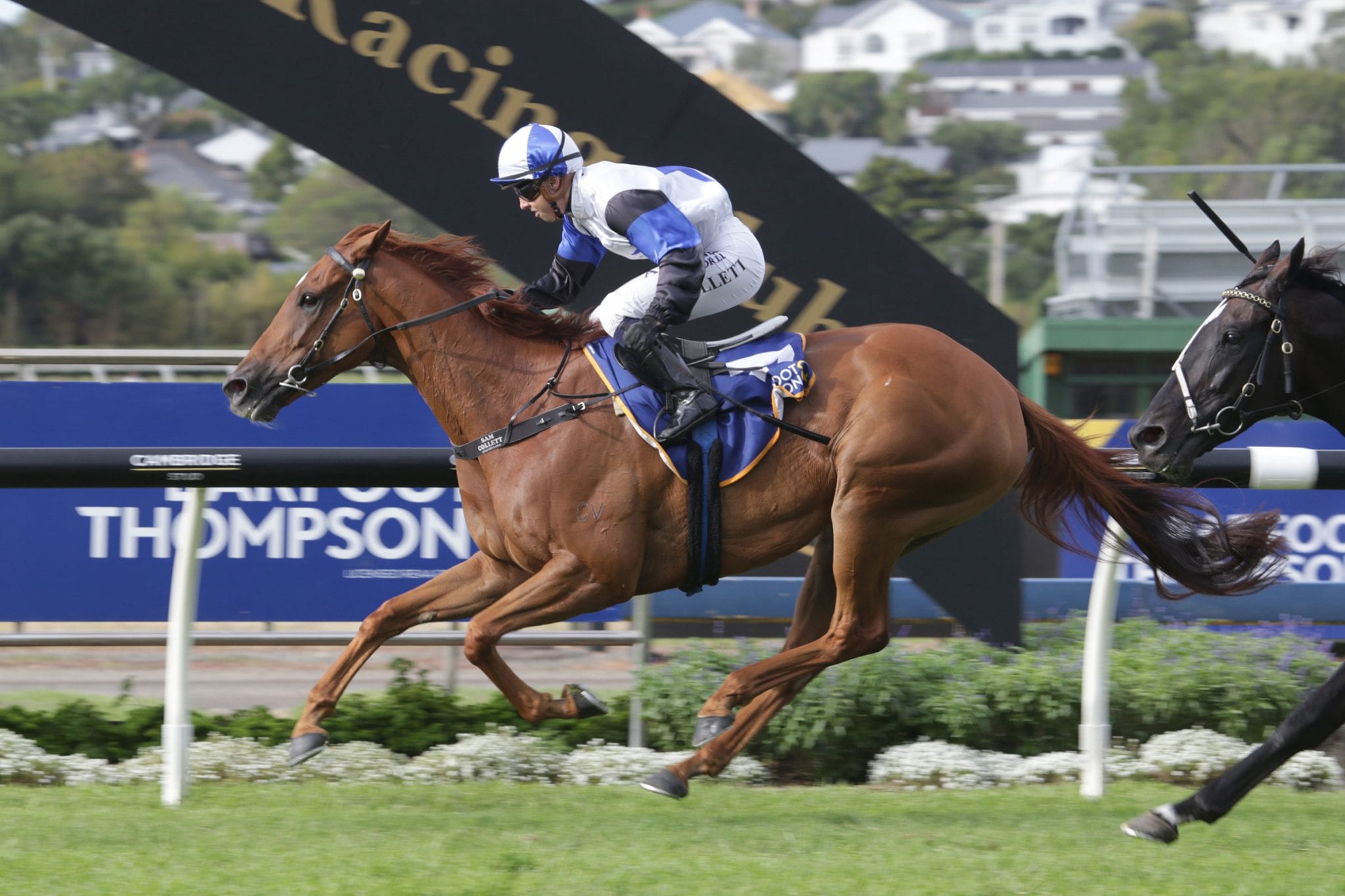 The Antony Fuller-trained eight-year-old won last year’s Auckland Cup at odds of +4000 and the hardy stayer will again go around at decent odds (+3300 fixed) on Saturday, on the back of trailing the field home in the Group 2 Avondale Cup (2400m).

But there were excuses, with the son of Shinko King racing in restricted room passing the 600m before clipping a rivals heel and blundering, lucky to stay on his feet.

“He came through it fine,” Fuller said. “He had a bit of skin off a couple of legs but other than that it was all superficial.”

As to whether Roger That was going well enough at the time, Saturday will reveal all.

“I’m hoping we are right and Vinnie is wrong for Saturday. We think he is working well and we are very happy with him.”

Fuller, a former shearer turned horse trainer, prepares a small team of around a dozen horses in conjunction with wife Sarah from their Bay Of Plenty farm.

The pair are more relaxed second time around, with Roger That having a long, slow build-up as they look to replicate their biggest raceday success.

“We are not under any pressure this time around,” Fuller said. “We were feeling more pressure last year when we were wondering if we were doing the right thing going into that sort of race.

“Now we have been there and done it we are not feeling any pressure. We are happy with where we are at and we are fine.

“He has been in work for months, he had about a month off after his win last year and we have been ticking him over and getting him ready for this race since.”

The chestnut gelding will shoulder 58kg topweight, but Fuller is not perturbed by carrying three kilos more than last year and is comfortable with the set weights and penalties conditions.

“The three kilos more is what you expect. The way it works out these days the difference between top weight and bottom weight is nowhere near as big of a gap as it used to be years ago, so we can’t complain.

“The hardest to beat looks to be the first two home in the Avondale Cup, Robusto and Sound. You have to be pretty wary of them.”

By Shinko King, the sire of seven Group One winners, Roger That is out of the Yamanin Vital mare Heather Lyn, who has plenty of staying blood with Group 2 Wellington Cup (3200m) winner Blood Brotha featuring in his extended family along with Group 1 New Zealand Derby (2400m) placegetter King Johny.

“I think it mainly comes from his dam side, the fact that he can get two miles,” Fuller said. “There were a lot of wise people after the race last year that looked at his breeding and said he was actually bred for it.

“We knew that, but not many seemed to have picked up on it before the race.”

Roger That jumped from barrier 17 last year under Samantha Collett, and as fate would have it he has drawn the same wide alley again this year, with Collett’s mother Trudy Thornton to ride this year.

“Samantha took the ride on Robusto, which was understandable,” Fuller said. “Trudy has ridden him before and won on him, so we just thought that she knows the horse well.

“I haven’t spoken to Trudy about how we want him ridden. I will leave it mainly up to her but my thoughts are that from that gate we will probably do the same as last year, just let him roll into it and see where he ends up and hopefully slot in somewhere along the line without having to work too hard.”

Roger That has performed well at Ellerlsie throughout his career, boasting six top four finishes from ten starts at the premier Auckland track.

“He doesn’t show it in his work but we have a sneaking suspicion that under raceday pressure he might be better on the right-hand rein. He hasn’t shown that at home but he does on raceday and he hasn’t actually won going left-handed,” Fuller said.

“It would be great to replicate last year, but just getting to the Auckland Cup again this year is an achievement in itself.

“We will probably be more relaxed about it this year and enjoy it a bit more now we have a cup at home, but it certainly would be nice to have another.”