Riding return nigh for Phelan 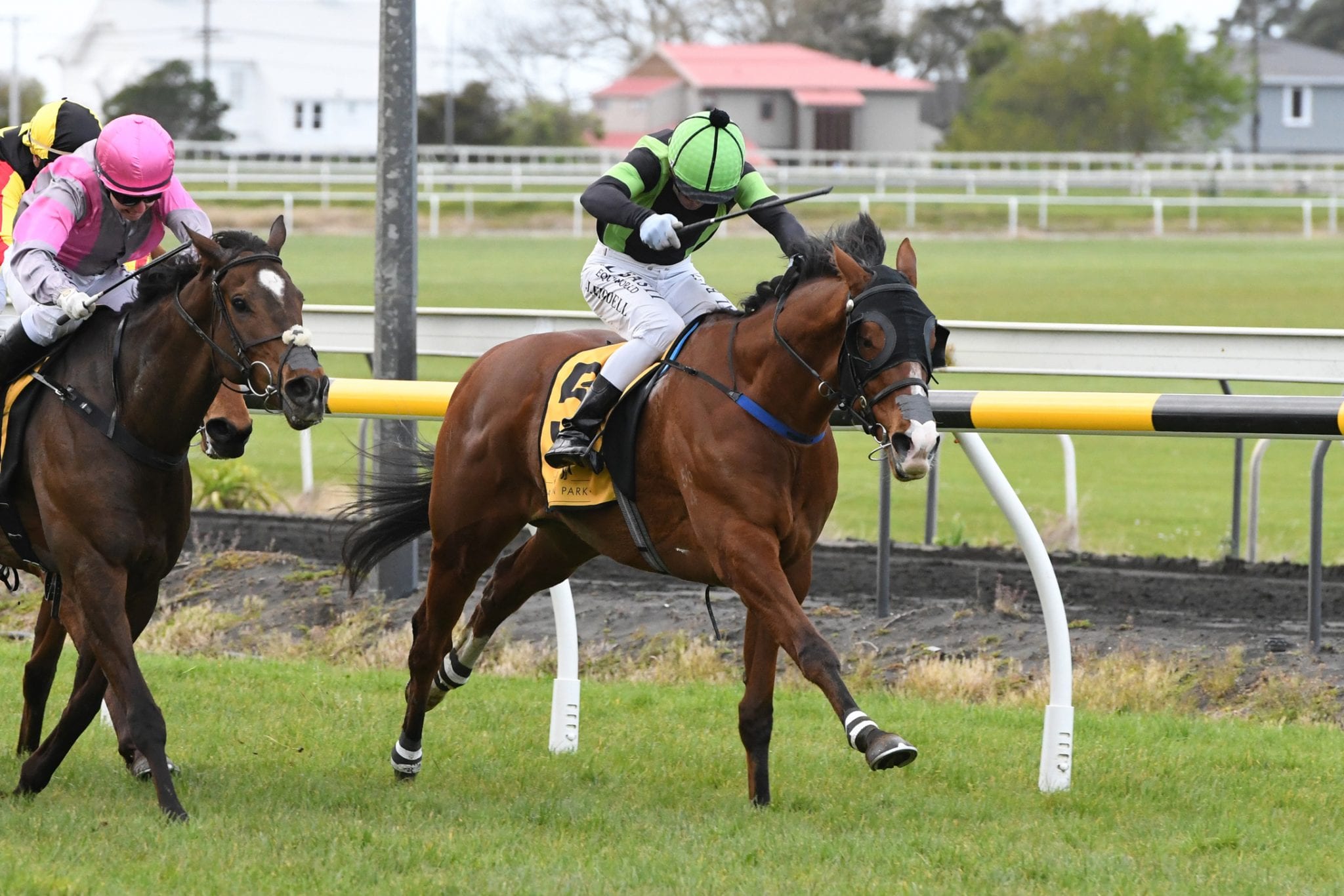 It’s been a frustrating last few months for top jumps jockey Shaun Phelan, but the end to his injury enforced layoff is near. The talented rider has been sidelined since June after he broke his wrist when schooling a horse and he has subsequently missed the majority of the jumping season.

However, a recent x-ray has shown a lot of improvement and he may make his raceday return ahead of the two biggest jumps meetings of the year. “I just had another x-ray and it is almost healed,” he said.

“It’s quite weak, so I just need to build it up a bit more. I am riding a bit more work now, so hopefully my fitness won’t be too bad. “There are only a couple of meetings left, so I am hoping to make it back for the Pakuranga Hunt and the Great Northern, I’ll just see what comes up.”

Phelan has taken the opportunity to concentrate on the training side of his business and his team, which he trains in partnership with his father Craig, have duly rewarded his efforts. “We always knew we were going to have a big team around us during winter,” Phelan said. “We have got a good team around us, everyone has been doing the work and it’s paid off a lot lately.”

They currently sit 16th on the New Zealand Trainers’ Premiership, with three wins this season, and they will be looking to add to that tally at Ellerslie on Saturday.

The Poormanzabeel will have his second jumps start in the Stella Artois Maiden Hurdle (2760m) and Phelan is expecting a winning performance after the gelding’s first-up runner-up effort last start. “It was a really good effort,” Phelan said. “He got taken on by another horse and they went a bit quick. He has definitely got a bit of ability, it’s just keeping his mind to it.

“My only doubt is that he is a heavy tracker. The tracks are improving, but it shouldn’t matter too much with jumping, he has that class on the flat compared to some others. “I think he will be pretty hard to beat.”

Phelan will also line-up Magnanimous Man in the Barfoot & Thompson Hurdle (3350m). The son of Nom Du Jeu won his hurdle assignment last start and Phelan is hoping for a repeat performance on Saturday. “He has really found some form,” Phelan said. “I am looking at going steeplechasing with him eventually, so Saturday will tell us if we keep hurdling him or not.”

Meanwhile, Australian targets beckon stable runners Big Mike and Junior, with the former already booked to head across the Tasman. “Big Mike is as good as we have had him,” Phelan said. “He’s just not going to win those (stakes) races with the weight-structure in New Zealand, so he is on the plane next week.

“He is going to Brett Scott’s in Melbourne. He flies over on the 23rd and will hopefully race on the 27th at Mornington in a 2400m Listed race (RM Ansett Classic).”

Big Mike has already tasted stakes victory in Australia, having won the Listed Pakenham Cup (2500m) two years ago. “He is going just as good as when we sent him over when he won over there (in the Pakenham Cup). We thought we might as well have another go at it this year and see how we get on,” Phelan said.

Last start KiwiFruit Cup (2100m) winner Junior could join his stablemate in Australia if everything goes to plan at New Plymouth later this month. “Junior is a very game horse,” Phelan said. “He’s a natural stayer and will be going to The Jericho Cup qualifying race in Taranaki in a couple of weeks. “Hopefully he will be on the plane and joining Big Mike if he can win that.”