Phelan taking a step back from riding 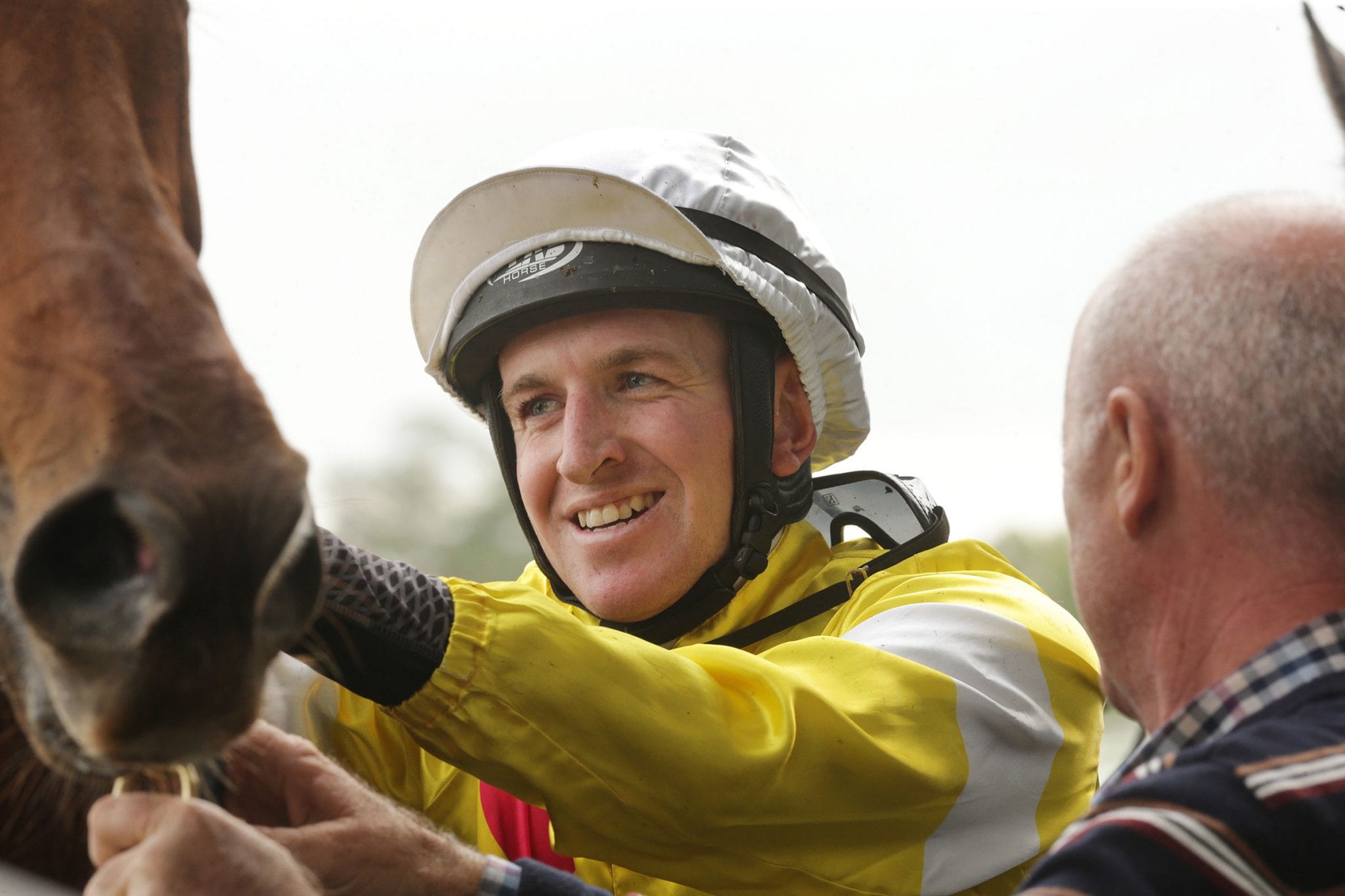 Heading across the Tasman to join his good mate Aaron Kuru to ride in Australia is very tempting for jumps jockey Shaun Phelan, but he has elected to stay in Cambridge and focus on building his training business.

Phelan, who trains in partnership with his father Craig, will also take a step back from his riding commitments this year to concentrate on his burgeoning business.

“I am going to keep that (riding) pretty quiet for the next couple of months,” he said. “We are really busy at the moment with our business and I can’t really afford to be out riding too much.

“I am going to ride It’s A Wonder at the point-to-point, and I think I am going to stick to him and a couple of others for the first couple of months (of the jumps season).

“If I wasn’t in partnership I would be doing the same as Aaron, I would be over there (Australia) riding and chasing the money. Australian jumps racing seems to be going forward a lot.”

While Phelan is reducing the level of his riding commitments this year, he said he will look at getting in the saddle more as the season progresses, and he may contemplate heading to Australia for a few feature meetings.

“We sold Magnanimous Man over there (Australia) last year and Sandy McGregor, his owner, who is the main jumps supporter in Australia, he would be happy enough to pay my way to go over there and ride him and other horses for him.”

While that is in the back of Phelan’s mind, he is looking forward to lining up stable favourite (Our) Big Mike this weekend.

The eight-year-old gelding will likely start in the Listed Power Farming Hawke’s Bay Cup (2200m) at Hastings on Saturday, although Phelan has also nominated him for the SkyCity Hamilton 2100 at Te Rapa as an insurance policy.

“We would like to have a go at the Hawke’s Bay Cup, but we are just making sure the track has got a bit of sting out of it for him,” Phelan said.

Big Mike resumed with a fifth-placing over 1550m at Awapuni earlier this month and Phelan was pleased with his first-up effort.

“It was a great run,” he said. “They ran good time and he wasn’t too far away from them over a distance that he doesn’t prefer now that he is a bit older.”

Big Mike returned to New Zealand after an Australian campaign late last year where he won the Moe Cup (2050m), but failed to flatter in his other four starts.

“Brett Scott (caretaker trainer) found a few issues wrong with him and we have got on top of them now and he seems better than what he was when he came home,” Phelan said.

“He had a few back issues being a bigger horse, just a bit of wear and tear. He has had a few campaigns now.

“We have done a lot of work with him, he seems pretty spot on.”

Big Mike will come up against a number of horses coming to the end of their campaigns this weekend, but Phelan believes his charge is fit enough.

“They have been up in their campaigns for a while, so they might have more raceday fitness on him,” he said.

“He will come out with fresh legs and he is better off at the weights with On The Rocks (60kg) in there.”

Phelan doesn’t have any concrete plans for Big Mike after Saturday and he said it is becoming quite hard to plot out a campaign for the 94-rated galloper.

“There are not too many options around at the moment,” he said. “There are only these two open handicap races and then nothing until the Rotorua Cup (Group 3, 2200, on May 15).

“We will just play it by ear. He’s not a real heavy track horse, but he will just hang around in New Zealand and try and win a few cup races around here if he is going well enough.”