Schofer riding the crest of a wave 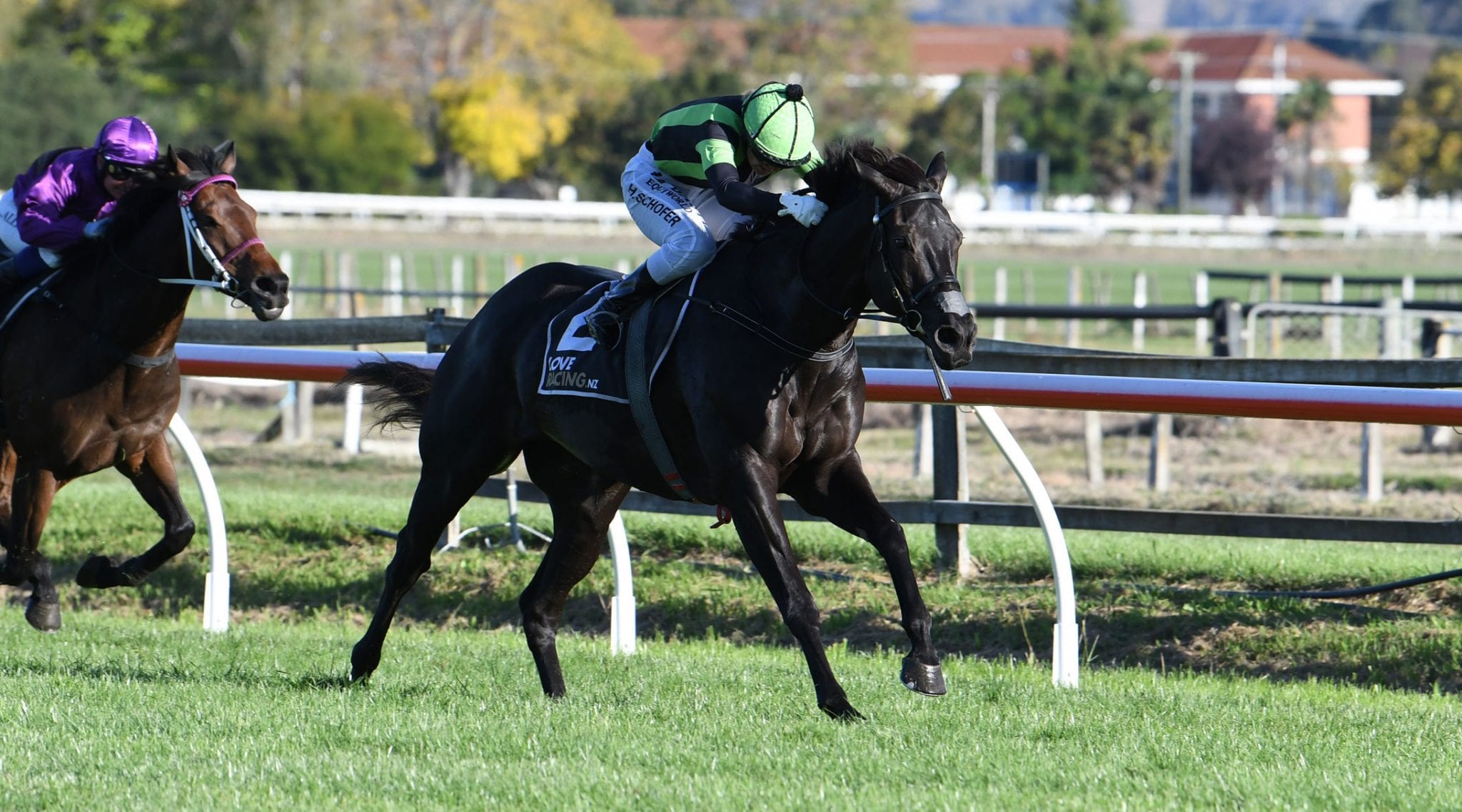 Hazel Schofer is riding the crest of a wave at the moment and she is hoping that will continue.

The Taranaki apprentice jockey scored her 50th win of the season, and second at stakes level, when piloting Big Mike to victory in the Listed Hawke’s Bay Cup (2200m) at Hastings on Saturday.

“It was an exciting race to ride, I don’t go to the front very often, but it’s nice when it pays off,” Schofer said. “It’s always a bit easier when you are on a front-running horse that likes to be out in front and just keeps giving.”

It was the second time Schofer had partnered Big Mike, having ridden him in his first-up fifth-placing over 1550m at Awapuni earlier this month.

“He definitely needed that run,” Schofer said. “He went pretty hard that day so he has done well to bounce back after a week. It was a really good training effort by Craig and Shaun (Phelan) to have him ready to step up to 2200m with only one run beforehand.”

Schofer was excited to extend her stakes tally to two on Saturday after winning her first aboard Waisake in the Listed NZ St Leger (2600m) at Trentham last month.

“It’s really exciting,” she said. “One of my goals for the season was to take that next step and get some opportunities to ride in Group and Listed races. I have had a few, which has been really good, and to get the wins has been great.”

With 50 wins to her name this season, Schofer is in an exciting battle with Kozzi Asano for the New Zealand apprentice jockey premiership, with Asano currently at a four win advantage with just over three months to go.

“I am really happy with how the season is going,” Schofer said. “I didn’t expect to be going as good as I am. It’s nice to reach 50. The weight can be a little bit of an issue sometimes, but I am definitely going better than I anticipated.

“I have got a bit of work to do, I have got to try and catch back up (to Asano). It would be nice to win the premiership.

“He has only passed me in the last week or two. Having been in front for so long, at the turn of the new year it was something I wanted to really knuckle down and try and win, and it was something Allan (Sharrock, employer) has been pushing me to do, trying to win the apprentice premiership.”

Schofer said she is willing to travel wherever riding opportunities present themselves, and with the help of her new riding agent, Kevin Booth, she is going to give winning the premiership her best crack.

“I will ride wherever I get the opportunities,” she said. “I have recently got an agent, Kevin Booth. He really pushes me to go up north when I can.

“It’s a tough nut to crack, but I do enjoy going up there and getting the few rides that I do.”

Schofer said she is also benefiting from the success of her employer, Allan Sharrock, who with 41 wins, is enjoying his best ever season.

“After Saturday he is now having the best season that he has had, wins-wise,” Schofer said. “He puts me on a hell of a lot, so it’s good to have the support from him. His horses are always primed and well-placed.”

Schofer took a hiatus from riding late in 2019 due to weight issues but returned with renewed vigor after last year’s lockdown and hasn’t taken a backwards glance.

She has also opted to ride slightly heavier, which has helped her feel sharper on raceday.

“I started off at 55kg when I came back,” she said. “Riding a lot more racedays I had to let it get back out to 56kg. That’s a really comfortable weight for me to ride, I can do that week in and week out now, and multiple times a week.

“Just having it (weight) that little bit heavier I do feel like I come to raceday a lot better not having to waste. I feel like I can ride better.

“It can be a double-edged sword. I do sometimes wonder what I am potentially missing out on by being that little bit heavier, but it is probably better to be able to go to the races and feel 100 percent.”

While Schofer is happy being based in Taranaki for the foreseeable future, she does hold ambitions of one day trying her hand at riding in other racing jurisdictions.

“You want to go over and be successful and make a good go of it. I will just see how I am at the end of my apprenticeship, but it would be really great to be able to do that.”