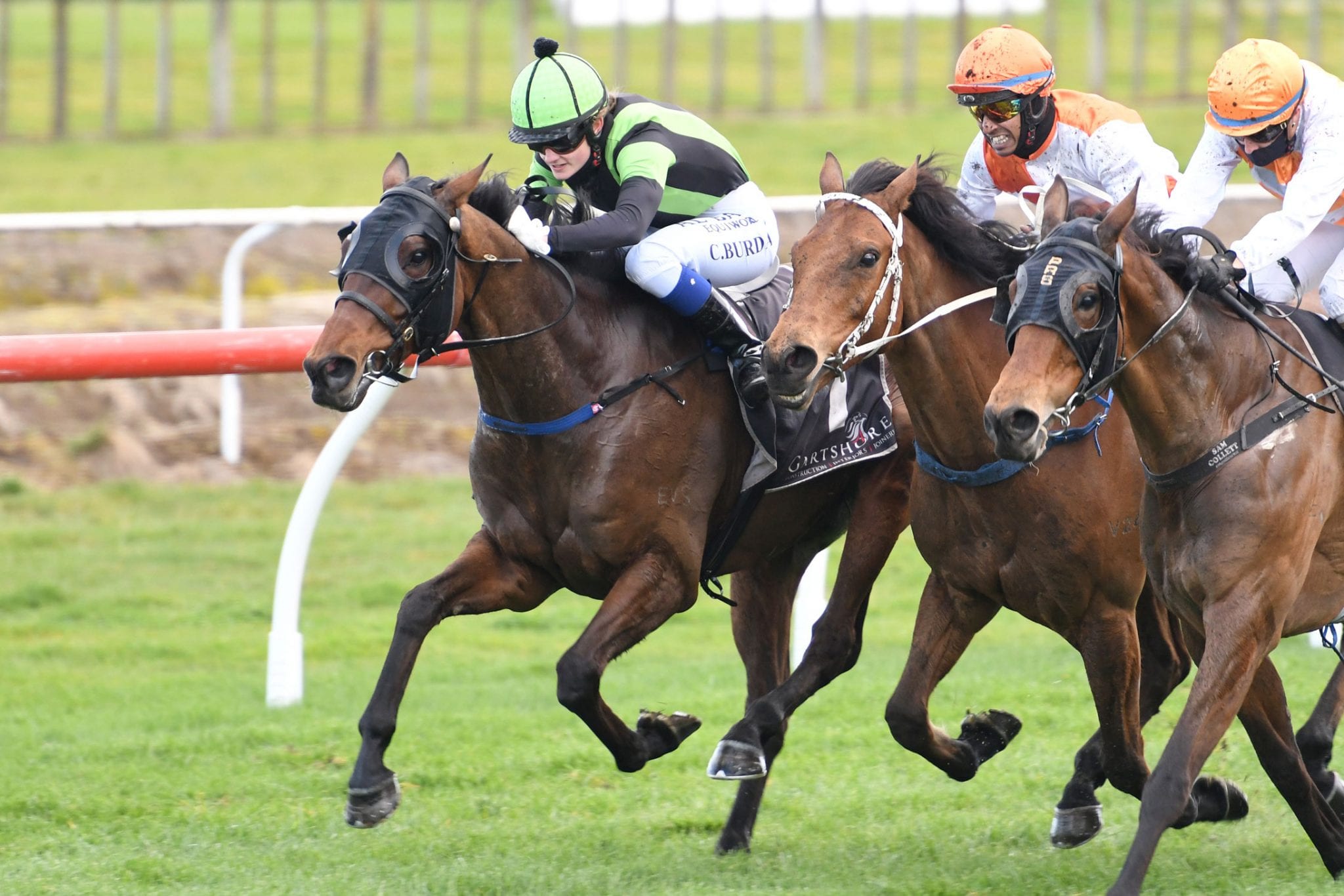 A never-say-die attitude from both horse and rider saw lightly raced stayer Junior pick up the biggest win of his career to date when he took out the Opal Kiwi Packaging Kiwifruit Cup (2100m) in the hands of Chelsea Burdan at Tauranga.

The Craig and Shaun Phelan-trained six-year-old loves a good scrap in his races and demonstrated that once again when he got back up off the canvas to deliver a knockout blow to race favourite My Gift in the final 100m of the contest.

Burdan, who was having just her second ride on the Nom Du Jeu gelding, had taken Junior to the front at the 700m after sitting outside pacemaker Windy Height in the early stages. Clearly headed by Youwantmore and My Gift around the home bend, Burdan kept kicking as Junior raised anther effort to drive along the inner and defeat My Gift by a head with Youwantmore a further head away in third.

Shaun Phelan was quick to praise Burdan who has been riding in good form of late. “Chelsea rode him perfectly and I’m not sure whether any other jockey could have got the win on him like she did,” he said. “He always hits a flat spot in his races and this time it was when they were coming to the home corner but she never gave up and just kept kicking him along and he responded really well. “You have to ride him like that and it is a credit to Chelsea that she got him home.”

Phelan believes there is more in store for Junior and has plans to take him to the A$300,000 Jericho Cup (4600m) at Warrnambool later this year. “Our plan has always been to aim him for the Jericho Cup qualifying race at New Plymouth next month,” he said. “He is an out and out stayer and would eat up another lap in his races.

“He’s a half brother to our good jumper Bay Rocker who went amiss. Aaron Kuru schooled him for me on Thursday and told me he thought he was a very nice jumper so there could be a career over fences for him in the future as well.”

Phelan, who is also one of the country’s leading riders over fences, is getting ready to make his comeback to race riding in the near future after being on the side-lines with a broken wrist. “I’m nearly ready to get back to riding and would like to think I could make it to the Hawkes Bay meeting next month,” he said. “That is if I can get some rides but if I don’t make it there then I will be fit and ready for the Great Northern meeting at Ellerslie in October.”

The victory by Junior made it a winning double for the Phelan team after Quiz Kid broke his maiden status with a ten-length romp at New Plymouth on Friday. The stable will look to extend that run at Te Rapa this Saturday with stable star Big Mike set for a start in an open 2100m contest. The 2018 Listed Pakenham Cup (2500m) winner has a Melbourne spring campaign mapped out for him provided he performs to expectations on the weekend.