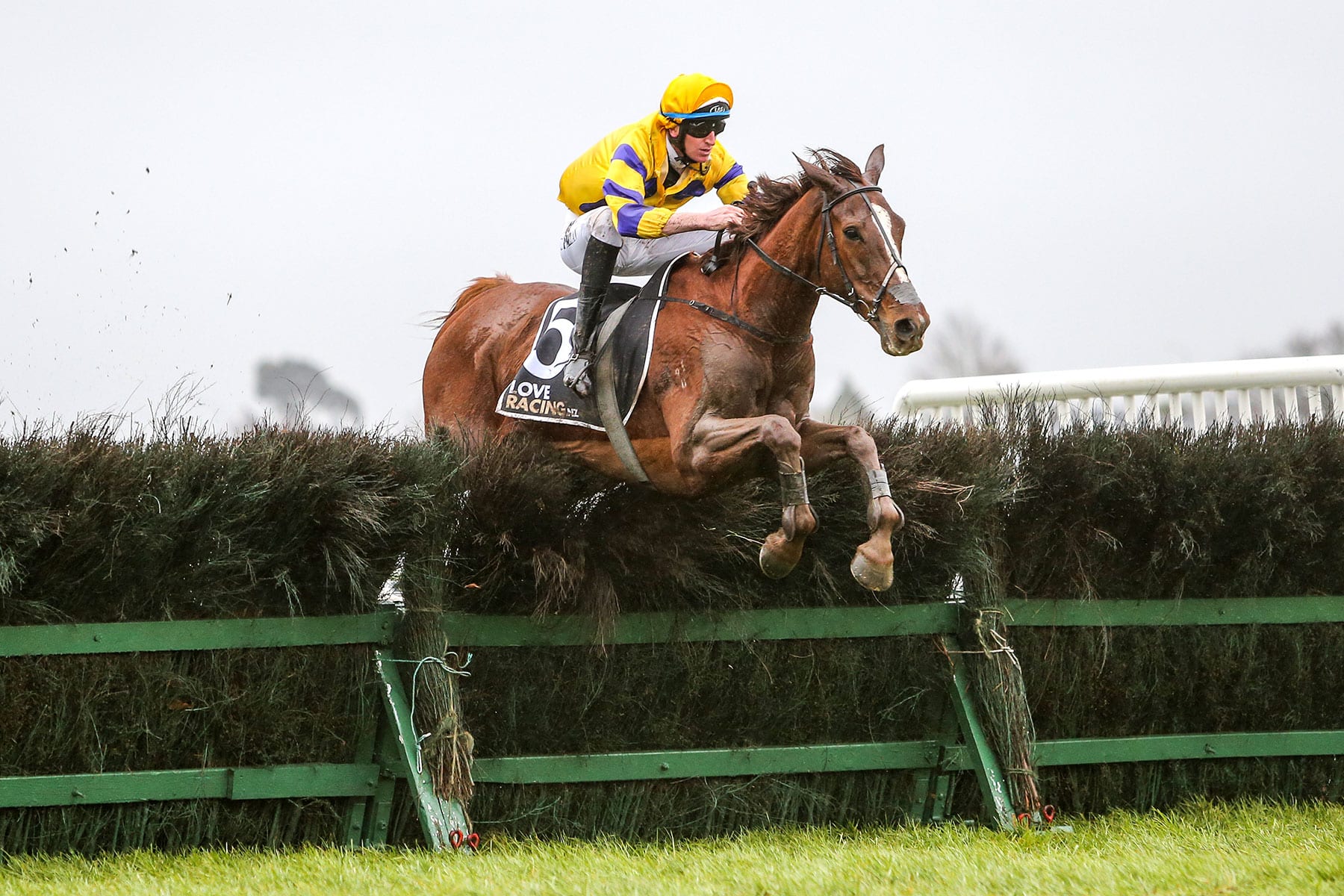 Shaun Phelan has a big day ahead of him this Saturday.

The New Zealand jumps jockey turned trainer has two runners in his training capacity, with one at each at Awapuni and Te Rapa, while he will also be in the saddle at the latter venue on the premier jumps day.

While Phelan will be at Te Rapa, he will be keeping a close eye on Awapuni where Quiz Kid will contest the Listed James Bull Holdings Rangitikei Gold Cup (1600m).

The four-year-old gelding heads into the race in good form, having finished runner-up in the Listed ANZAC Mile (1550m) at the Palmerston North track last month.

Phelan, who trains in partnership with his father Craig, was thrilled with the result and he said the mile distance and current Slow9 track conditions will ideally suit his stable representative.

“He has been going some good races and the track should suit him, he seems to go well there. It’s pretty exciting what he could end up being,” Phelan said.

“He has gone further before but it seems to be his best distance on an off track.

“He was pretty impressive in the ANZAC Mile. I think if he got a slightly more testing track I don’t think the other horse (Mai Tai) would have caught him.

“He is pretty happy and he is on the minimum weight (53kg) again. He bowls along in front, so we won’t change that, and it will take bad luck out of the equation.”

At Te Rapa Phelan will line-up Junior in the BCD Group 2100.

The six-year-old gelding pleased in his 2000m Hurdle trial at Cambridge on Monday, and Phelan said he will take a lot of benefit from that hit-out.

“He was meant to go in a distance race down at Awapuni, hoping for a wetter track, but they wiped it, so we will go to Te Rapa,” Phelan said.

“He will eventually have a hurdle run and he will end up mixing jumping and running in races like the Kiwifruit Cup, which he won last year, on heavy ground.

“If it is a genuine off track on Saturday he will be thereabouts, but he is probably still a run away. He would have taken benefit out of his hurdle trial the other day.”

“It’s A Wonder won the race last year and he is one of the best horses that I have ever ridden,” Phelan said. “I am lucky enough that Harvey Wilson (trainer) has entrusted me to ride him.”

While Phelan admits juggling dual roles of training and riding can be difficult, he has elected to reduce his riding commitments this season.

“It is not easy,” he said. “I am trying not to take rides where I have to ride light. I can ride 68kg comfortable enough, but if I have to ride under 66kg I lose my brain and everyone says I am a bit grumpy.

“Everyone in the team is happy when I am not riding those light weights.”

Phelan was also inline to ride The Cossack in the Fairview Motors Waikato Hurdle (3200m) for trainers Paul Nelson and Corrina McDougal, however, Aaron Kuru has been able to make it across to New Zealand from his Victoria base to take the ride.

“I was on standby to ride The Cossack if he couldn’t come back. I see he only got 66.5kg, so it’s hard to see him get beaten,” Phelan said.

“It will be good to see Aaron back and hopefully with the travel bubble we can get over there and ride in some of those bigger races as well later on in the season.”