Richards hoping to start the year with a bang 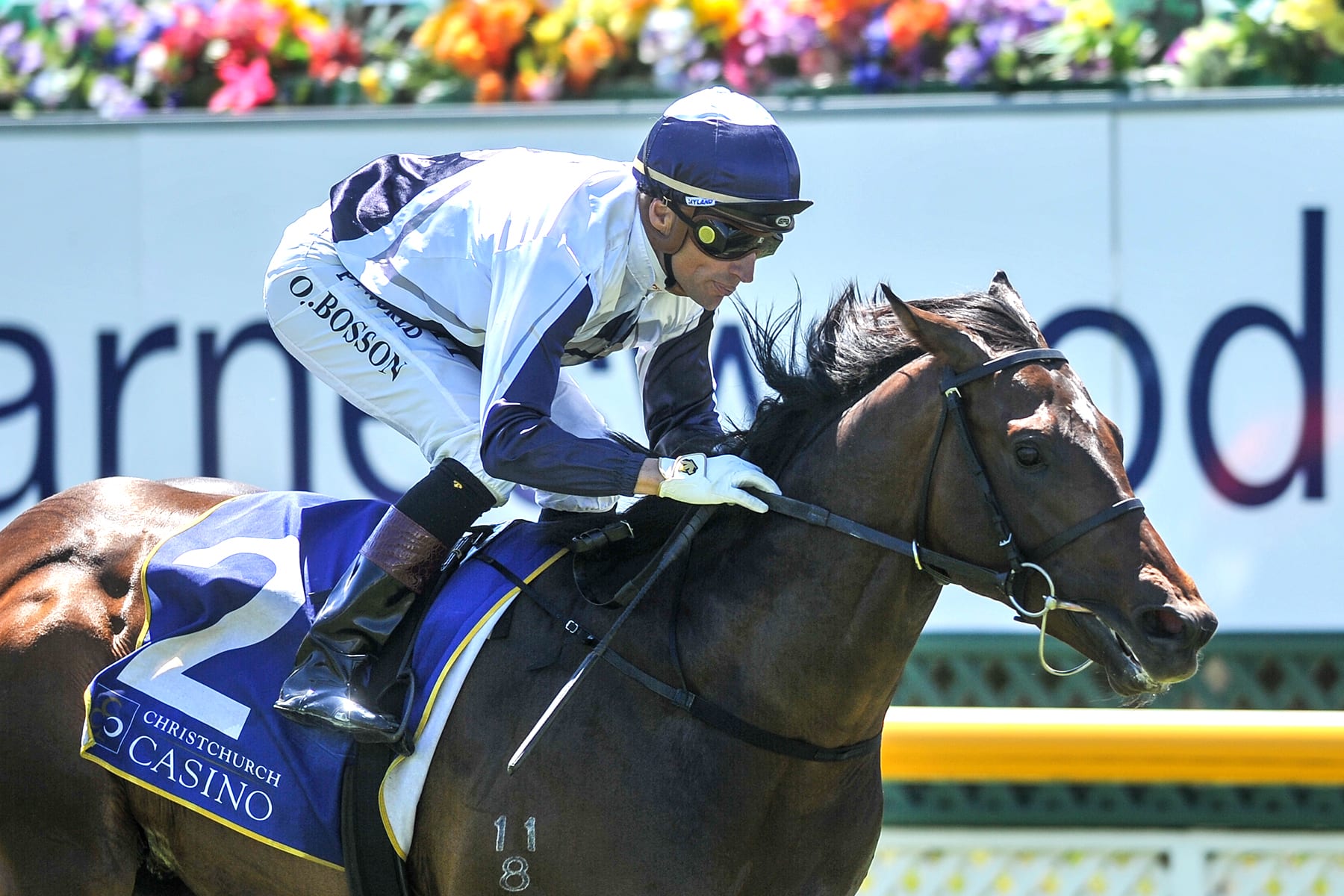 Trainer Jamie Richards finished 2020 with a bang, posting an historic six wins at Ellerslie on Boxing Day, and winning his last start of the year courtesy of Zouluminous at Taupo on Wednesday. While pleased with his team’s efforts, his attention has swiftly turned back to Ellerslie where he will have a number of strong chances on New Year’s Day.

“Avonallo is returning from the South Island and I think he is on an upward spiral,” Richards said. “He will be the interesting runner tomorrow. “I thought he won really well in the Welcome Stakes and I was pleased to see the horse who ran second (Follow Your Dreams) come out and run so well in the two-year-old race on Boxing Day, in behind Palamos. “I think the form should be okay out of the South Island, and we will get a bit of a line on where he is at tomorrow.”

Avonallo will head into the race in a fresh state, with the $1M Doubletree By Hilton Karaka Million 2YO (1200m) the main aim for the son of Belardo, who was purchased out of Little Avondale Stud’s 2020 New Zealand Book 2 Yearling Sale draft by bloodstock agent and part-owner Chris Rutten.

“He hasn’t had a trial, so he is open to quite a bit of improvement and he will be ready to be peaking on Karaka Million night,” Richards said. “Chris has done a wonderful job and has been a big supporter of mine. He always has a couple of horses at the stables.”

Stablemate Avantage will be vying to add a fifth elite level victory to her record when she contests the Group 1 Sistema Railway (1200m). The daughter of Fastnet Rock heads into the race fresh and Richards admitted he is a bit worried about her being a bit vulnerable first-up.

“Avantage is going really well, I am pleased with her,” he said. “She has had the one trial that she won nicely, and she has had an exhibition gallop since then and has done some nice strong work at home.

“I think she is as good as we can have her. She looks great, but I am always a little bit worried about her because I believe she is always a bit vulnerable first-up, but once we get this under our belt, I am sure she is going to be ready to go in the Telegraph (Group 1, 1200m).

“She is drawn (5) to get a soft run and hopefully she is going to be a really nice chance.” Richards will have a three-pronged attack in the Group 3 SkyCity City Of Auckland Cup (2400m), including Savy Yong Blonk, In A Twinkling, and Te Akau Caliburn.

“In A Twinkling is going well, he is on the back-up and I am pleased with the way that he has bounced through the Zabeel Classic (Group 1, 2000m) on Boxing Day,” Richards said.

“Savy Yong Blonk has been set for this race. She appears to be going along nicely since the Waikato Cup (Group 3, 2400m). “And Te Akau Caliburn doesn’t bring the best of form into the race, but I think he is a genuine each way chance at longer odds.”

Prise Der Fer will have to overcome his topweight of 60kg if he is to defend his crown in the Group 2 Rich Hill Mile (1600m). Richards has been happy with the five-year-old gelding in the lead-up to the race, but he is unsure whether his charge will be able to overcome his large impost.

“He has really done well,” Richards said. “He has just got to carry the big lump from an awkward draw (9). “He is going to have to be at his best, but he is going very well. I am very pleased with the horse, it is just whether he can carry the weight or not.”

Richards will also contest the Group 2 Valachi Downs Royal Stakes (2000m) with Illusion Of Paris, and while he thinks she will have her work cut out for her on Friday, he believes she has a bright future over ground.

“I am throwing her in the deep end a bit there, but I think she is a promising staying type of filly,” he said. “I have changed a few things around with her. The blinkers come off in the hope to just ride her a little bit quieter and get her to relax. I am sure she will be able to finish off nicely.

“It is a really good field. Fleetwood Maca was great behind Amarelinha the other day and if she handles the back up I am sure she will be one of the horses to beat.”