Te Akau flyer puts rivals to the sword at Matamata 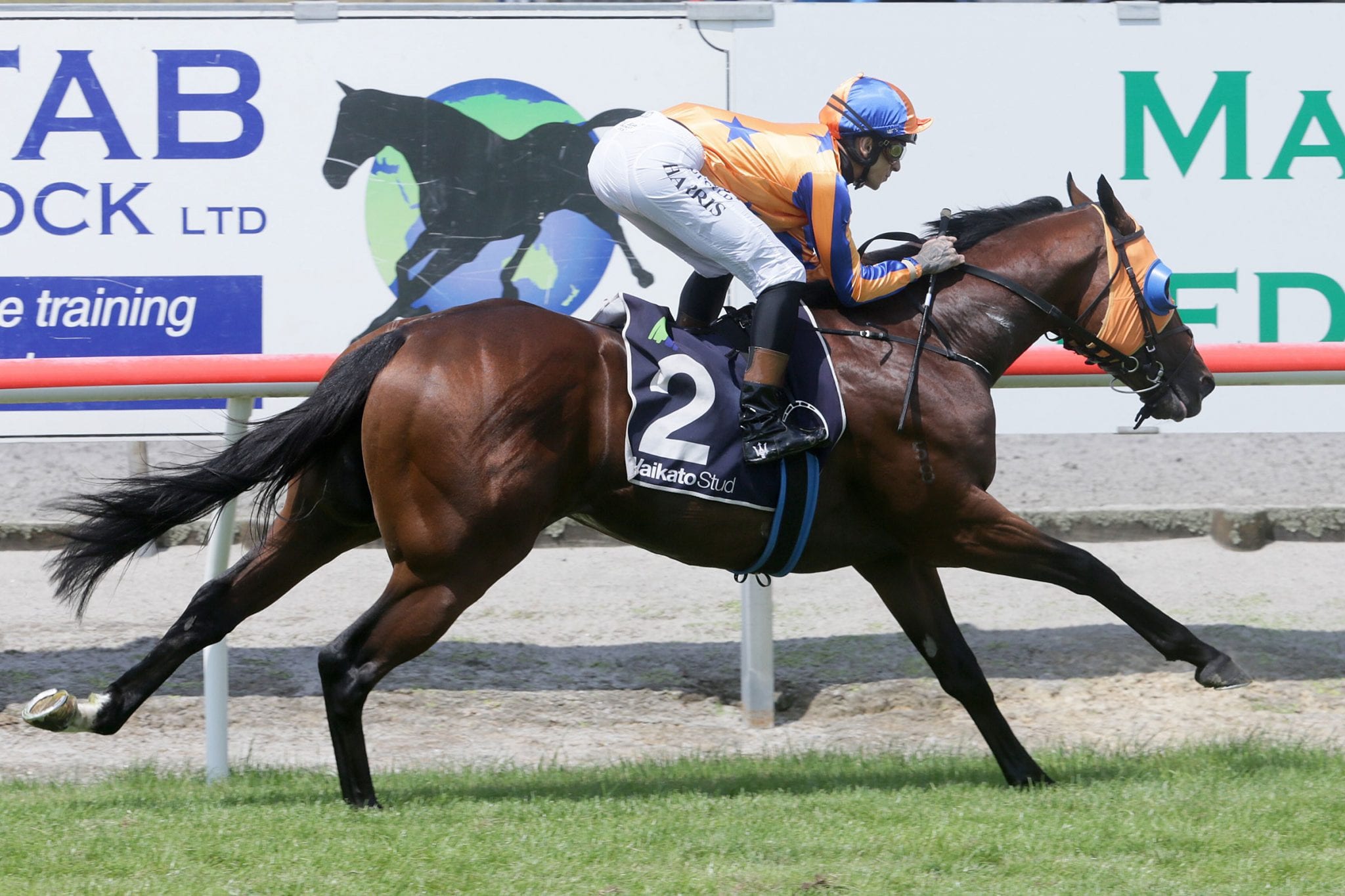 Trainer Jamie Richards and the Te Akau Racing team entered Saturday’s Group 3 Waikato Stud Slipper (1200m) on their home patch at Matamata with a strong hand and played it to perfection when producing the quinella in the juvenile feature for the colts and geldings.

Richards lined up the unbeaten Karaka Million 2YO (1200m) winner On The Bubbles along with stablemates Sword Of State and Avonallo, with On The Bubbles sent out a commanding -125 favourite by punters.

Supporters of On The Bubbles were well on terms with themselves as the favourite slotted easily into a handy position on a solid pace set up by Sword Of State. Rider Johnathan Parkes had him out to challenge on the home turn and momentarily looked a threat to the pacemaker.

However, it was Sword Of State, the public’s second elect at +200, who found the best kick as he tore away from On The Bubbles and his other eight rivals in the home straight to win untouched by 6 lengths in a slick 1.08.78 for the 1200m journey.

“He won well and like the good horse he is,” Richards said. “He jumped nicely, travelled really well and railed beautifully.

“The rail is definitely the place to be today and when he got terms to suit, he was always going to be hard to beat.

“I thought On The Bubbles was very good as well as that was his first start since the Karaka Million and he will take plenty of benefit from the race.”

On The Bubbles will get his chance to turn the tables on his stablemate at Ellerslie in a fortnight when they tackle the Group 1 Sistema Stakes (1200m), a venue where Richards believes he will be suited.

“They are both heading to the Sistema Stakes on Auckland Cup day,” he said. “I think On The Bubbles is a touch better suited going that way around and with the improvement he will take out of today, he will be very competitive.

“Sword Of State does hold a nomination for the Golden Slipper (Group 1, 1200m) in Sydney but we’re not really thinking about that too much as he doesn’t have the prizemoney in the bin as yet to get a start in the race.”

Bred by Sir Owen Glenn, Sword Of State was a $600,000 purchase by Te Akau boss David Ellis CNZM from the Gold Coast sales last year. By Snitzel, he is the first foal from Encosta De Lago mare In the Vanguard.