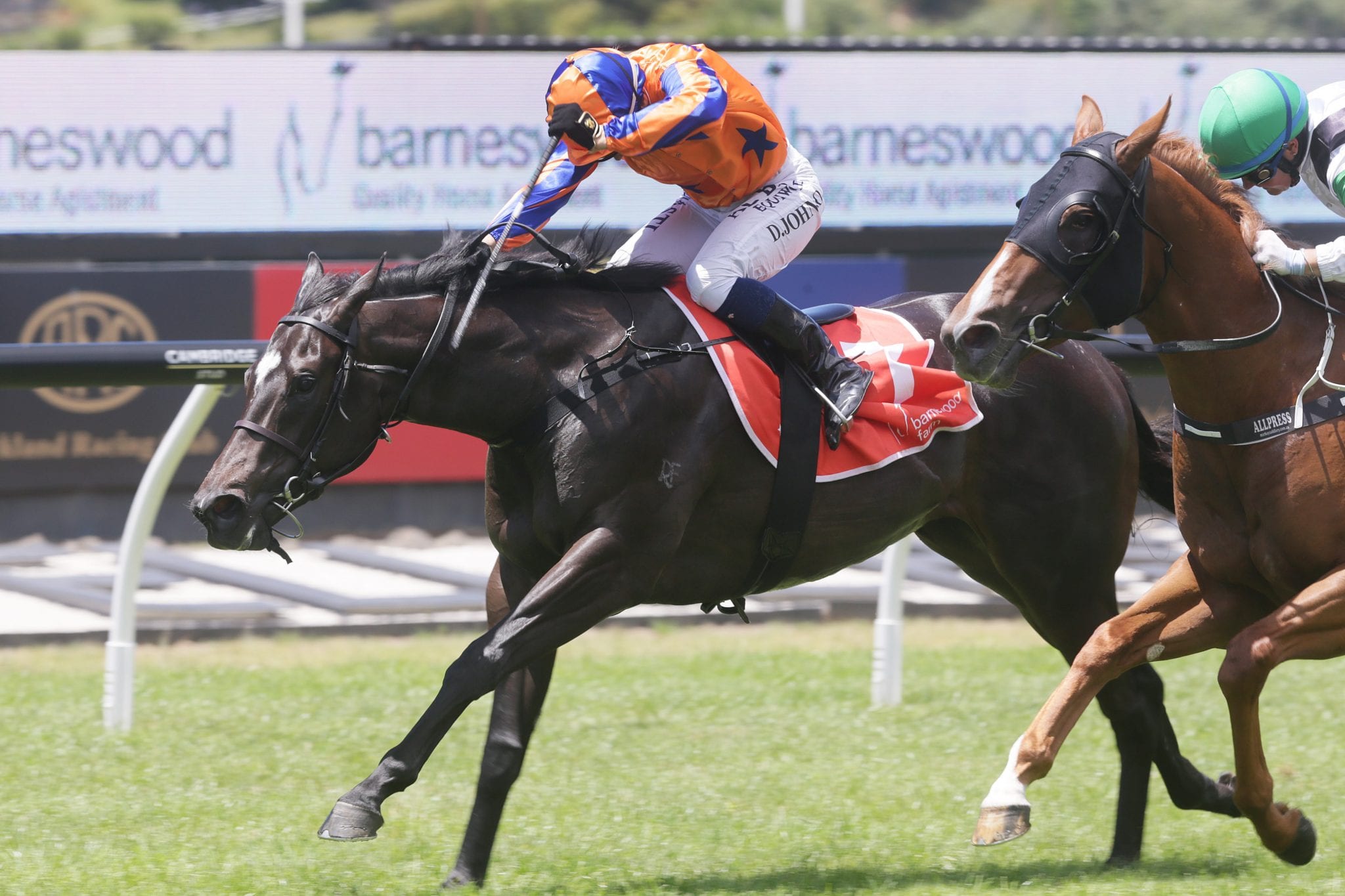 Richards saddled an unprecedented six winners on Boxing Day including three at black-type level, while Johnson collected four wins during the time-honoured raceday. The pair wasted no time in striking again on Friday, with Imperatriz winning the first of seven feature races on Ellerslie’s quality New Year’s Day card.

Pre-race attention had been dominated by the filly’s stablemate Sword Of State, who scored a scintillating debut victory at Te Rapa last month, along with Tony Pike’s highly rated first-starter Khufu. Those two colts sat in first and second for most of the race, and they were still side by side as they rounded the home turn at the head of the field.

But Imperatriz came off their tail and unleashed a turn of foot the favourites couldn’t match, sprinting to the lead inside the last 200m before holding off a fast-finshing Stormy to claim victory. “I was so excited to ride this filly today,” said Johnson, who leads the jockeys’ premiership and is inching closer to her century with 93 wins this season.

“I galloped her here at Ellerslie a couple of weeks ago and she gave me such a good feel that day. “She’s progressed so well. She takes everything in her stride. She just gives me the feel of such a good horse. “I knew Sword Of State was going to be hard to beat, and Tony Pike’s horse had a big reputation, but this is such an exciting filly. I just knew she’d run well.”

Imperatriz is by I Am Invincible out of a Group 2-placed Shamardal mare and was purchased by Te Akau Racing principal David Ellis out of an Australian sale earlier in the year. She has now won both of her two starts, having scored on a Heavy10 track on debut at Otaki on November 26.

Richards and Johnson teamed up again to win a nail-biting City of Auckland Cup with perennial big-race bridesmaid Savy Yong Blonk. The Savabeel mare had been runner-up behind Platinum Invador in last year’s edition of the race, then chased home stablemate In A Twinkling in the Group 3 Counties Cup (2100m) before a last-start second to Ocean Billy in the Group 3 Waikato Cup (2400m).

“She really deserves this win,” Richards said. “She’s run second in a number of these big Cup races. She’s not the biggest mare, but fair play to her – she’s done the job.” Johnson pushed the five-year-old forward from her wide gate (14), and she was able to take up a midfield position among a strung-out field.

Savy Yong Blonk surged out of the pack in the straight and hit the front with 100 metres to run, and her long wait for big-race glory looked like it was finally over. But defending champion Platinum Invador flashed home out wide and made a desperate dive at the line. After a nervous wait, Savy Yong Blonk was confirmed as the winner by the smallest of noses.

“I thought Ryan (Elliot, on Platinum Invador) had just got me,” Johnson admitted. “But he said ‘well done’ after the line, so I was just hoping he was a better judge than me. “Things haven’t really gone her way in recent starts, she’s got too far back in her last couple and it might not have been some of my best work. Thankfully we’ve pulled it off today in the one that matters.”

Bred and raced by Gartshore Bloodstock Ltd, Savy Yong Blonk has now had 21 starts for six wins and $284,250 in stakes.

Richards made it three wins on the day one race later when Avantage triumphed in the Group 1 Sistema Railway (1200m).