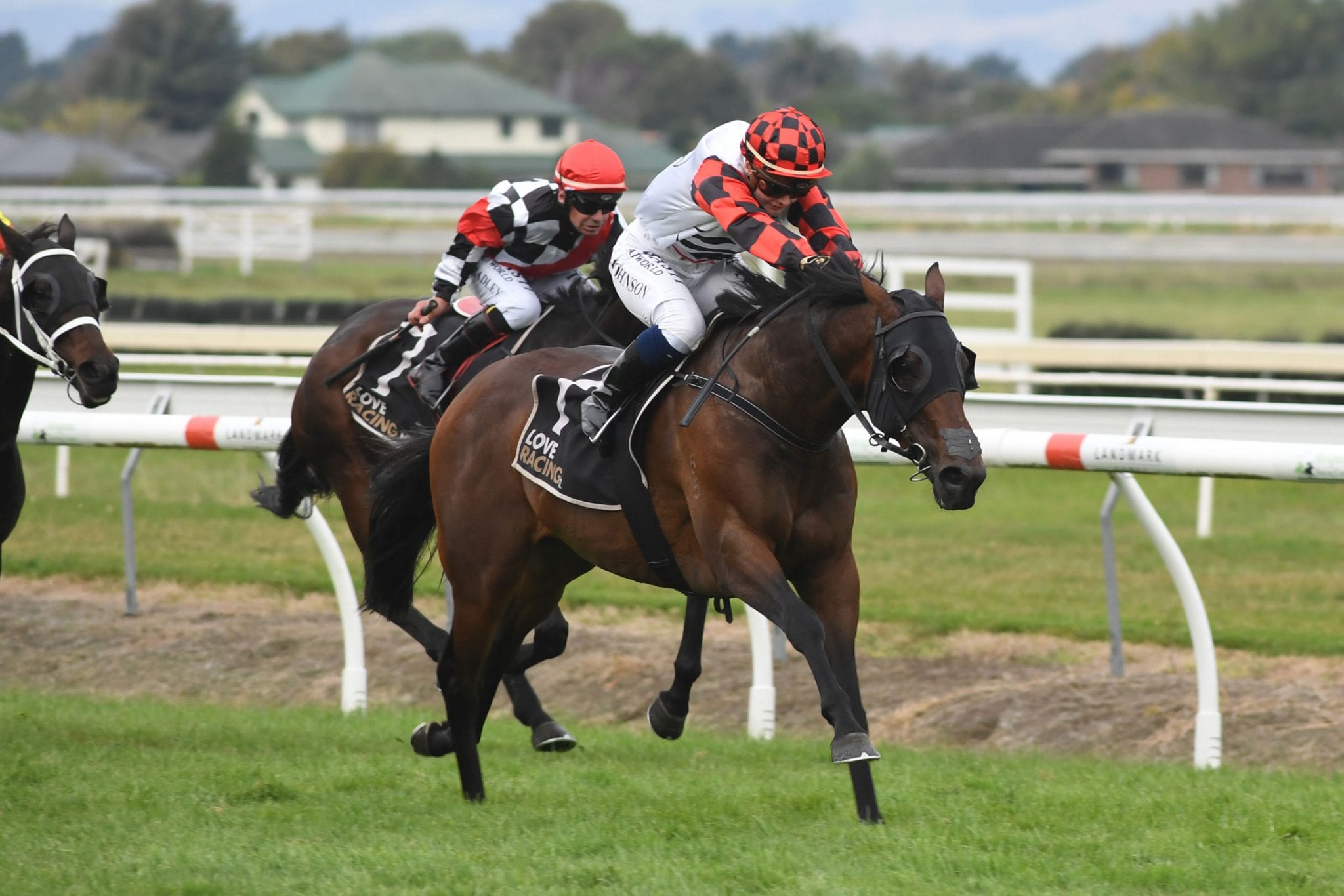 Five-year-old mare Savy Yong Blonk proved a class above her rivals in the Group 3 Japac Homes Manawatu Breeders’ Stakes (2000m) at Awapuni on Friday, with the daughter of Savabeel running out an easy three-length victor over Yatima and Platinum Rapper.

Sent out a well-supported -125 favourite, Savy Yong Blonk stepped well from her inside draw and was given an ace ride by Danielle Johnson settling just behind the leaders, one-off the fence, and once presented in the home straight, turned the fillies and mares feature into a one-act affair.

The victory continued the juggernaut that is Te Akau trainer Jamie Richards, providing the polished horseman with his 34th domestic stakes win of the season and advancing his season tally to 142 wins, within one of the all-time record of 143 wins in a season set by Murray Baker and Andrew Forsman.

Now the winner of seven races, Savy Yong Blonk is a multiple Group Three winner, having won the City Of Auckland Cup (2400m) at Ellerslie in January.

“It was a great win by a mare that has proved herself at stakes level and is developing into a very good staying mare,” Richards said.

“We scratched her from the Awapuni Gold Cup (Group 2, 2000m) last Saturday because of the wet track, after consultation with her owners, Bill and Jim Gartshore. They were happy to wait, with the prospect of improving weather and footing, and it’s worked out really well.

“It was a lovely ride by Danielle (Johnson) to seize the initiative when the opportunity presented and that helped in the winning of the race.

“She will head to the Travis Stakes (Group 2, 2000m) at Te Rapa next and should be awfully hard to beat.”

Richards also praised the efforts of Te Akau senior staff member Sam Bergerson, and his father, Awapuni trainer Roydon Bergerson, who looked after the mare throughout the week after her Awapuni Gold Cup target was aborted.

Bred by the Gartshores, Savy Yong Blonk is the first foal from the Pins mare Ampin and is a sister to Group Two winner Adelaide Ace.

“I sent Danielle a text after the race saying what a great ride it was and that they should show it at Apprentice (Jockey) School. It’s incredible how well she rides the mare, right through,” Ellis said.

“Jamie is placing the horses beautifully, putting the right horses in the right races, and his strike rate of 4.7 is phenomenal when you consider how many times he’s lined up multiple runners in a race.”

Richards will have a strong chance to add to his black-type tally on Saturday, with Avantage favourite for the Group 1 Fiber Fresh New Zealand Thoroughbred Breeders’ Stakes (1600m) at Te Aroha.

Meanwhile, the gun young trainer is likely to be in Sydney late next week to oversee the final touches of stable stars Amarelinha (Group 1 Australian Oaks, 2400m), Probabeel (Group 1 Coolmore Legacy Stakes, 1600m) and Entriviere (Group 2 Sapphire Stakes, 1200m) who contest features on Day 2 of The Championships at Randwick