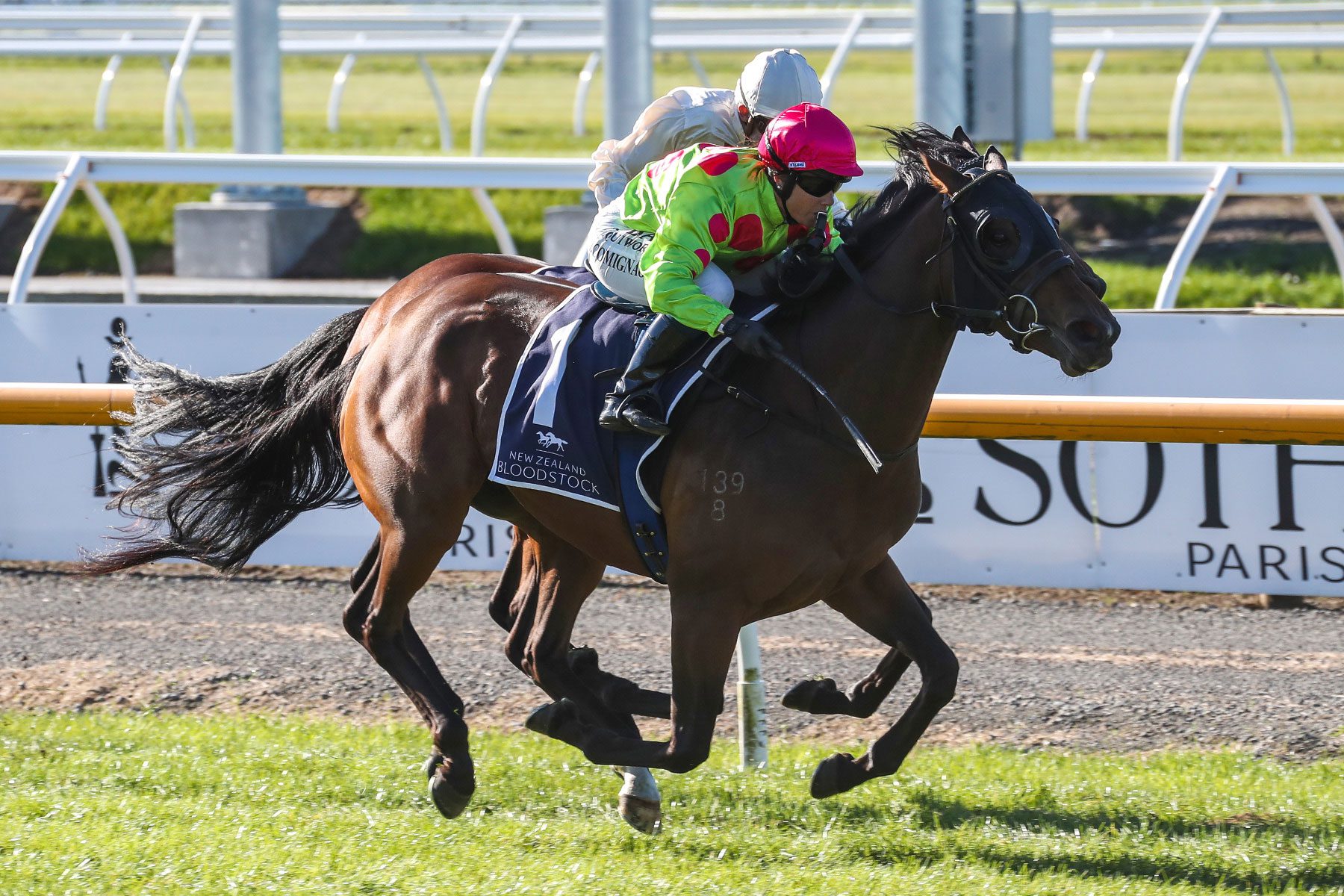 It may not have been the five-length romp of her last start success but leading New Zealand’s South Island three-year-old filly Reputabelle was even more impressive as she took out the Listed NZB Insurance Stakes (1600m) at Riccarton on Saturday.

The Michael and Matthew Pitman-trained daughter of Pins was looking for her fourth win in succession in the black type feature and was sent out a warm +140 favourite off the back of that lead-in form where she had crushed a number of her rivals at Wingatui in the Listed NZB Airfreight Stakes (1400m).

Sent forward by rider Tina Comignaghi from a midfield barrier, Reputabelle was trapped a little wide early on before slotting into a nice position on the outer behind leaders Unusual Countess and Matamata visitor Belle Of The Ball.

Comignaghi bided her time before angling into the clear to issue her challenge to Unusual Countess who had shaken off the attentions of Belle Of The Ball and was travelling strongly in front with 250m left to run.

Reputabelle called on her all her resolve as she ground down the pacemaker to win by half a length with Divine Sava making up good ground to take third ahead of the fast-finishing Burgie.

Matthew Pitman was delighted with the results on the day and the professionalism displayed by Reputabelle.

“We like to target these nice days on our back doorstep and it is good to get the results that we did today,” he said.

“Reputabelle is just going from strength to strength and Tina said she did a very professional job which was a lot easier than it looked.

“Watching the race, we were delighted to see her take a sit on the speed and we knew she would finish off strongly in the run home as she hadn’t spent a penny up until then.”

The Pitman team will now assess the recovery of the filly before deciding on her next target, although a possible trip to Australia could be on the cards.

“We will just see how she comes through today, but if she does well, then the Warstep Stakes (Listed, 2000m) could be next,” Pitman said.

“Some really nice horses have won this race, including Atishu who went over to Sydney and impressed over there so the thought of taking this filly to Queensland later on does hold some appeal.”

Bred by Waikato Stud, Reputabelle is raced by a group that includes New Zealand Bloodstock Insurance Adviser Jim Bruford who purchased the filly off gavelhouse.com for NZD$14,000.

Reputabelle is out of the O’Reilly mare Really Reputabelle and a younger half-sister to six race winner Ocean’s Thirteen and hardy sprinter Morse Code. She has now won four of her seven starts and over NZD$93,000 in prizemoney.

Her victory also secured her the New Zealand Bloodstock-sponsored Southern Filly of the Year title with just the Listed Warstep Stakes (2000m) left to run in the four-race series.

The win also completed a treble for the Pitman stable after they had earlier taken out the first two races on the card with Copy That and He’s Ready.